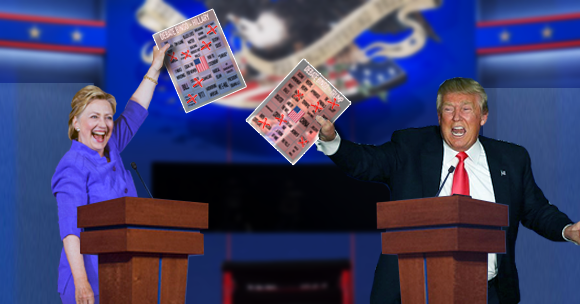 PorchDrinking has the antidote to debate boredom and political bickering. Republicans, Democrats, and Independents can ALL play our Debate Bingo game. Whichever candidate you support, we’ve got the card for you (five for each candidate, to be exact). Enjoy competing with friends.

Tonight is the final of three debates. Tune in at 9:00 ET … and try not to give up hope. But in honor of the tone of the last two debates, I realized that there are some turns of phrase which I failed to foresee when this post was first published.

I thought America was about to witness 3 debates about issues, a vision for America, and some mean-spirited scandal-mongering. We got that. We also got Billy Bush laughing about groping… private emails showing how the sausage of a campaign is made… allegations of everything from voter fraud to sexual abuse… and even some sniffling.

I don’t think these two cards will get Bingo very quickly. But the fact that you may check a couple squares off tonight is kind of telling, isn’t it? 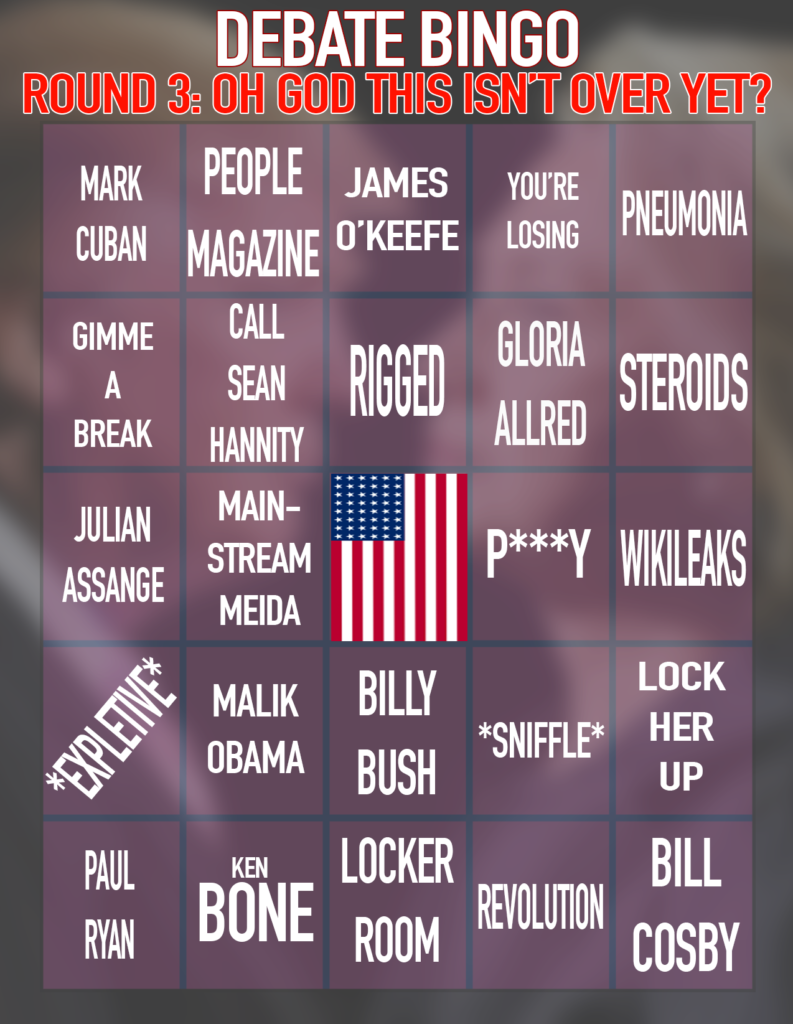 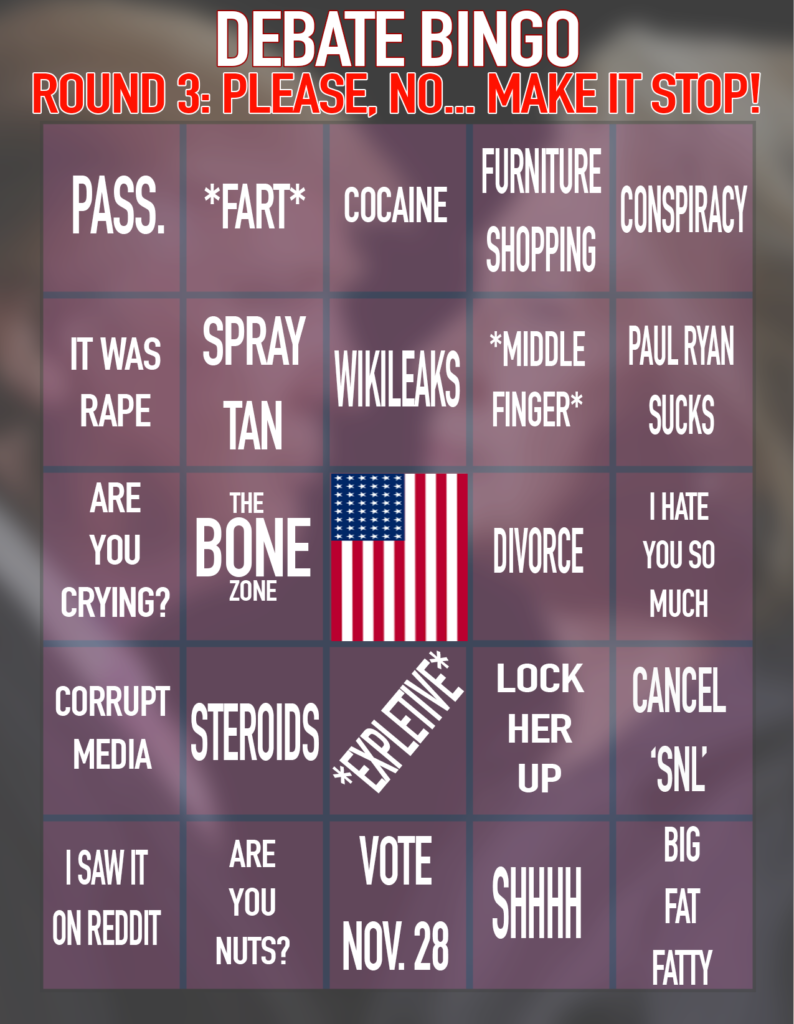 Print out a few cards, share them among your friends, and listen closely for the buzz words on your card. When Donald Trump name-checks Trump Tower – that’s a square on a few Trump cards. When Hillary Clinton brings up the raid on Osama bin Laden’s compound – that’s a square on some of her cards.

And hey, this is the 2016 Election, and anything is possible. So we’ve also made blank cards for you to print out and come up with your own write-in phrases to watch for. 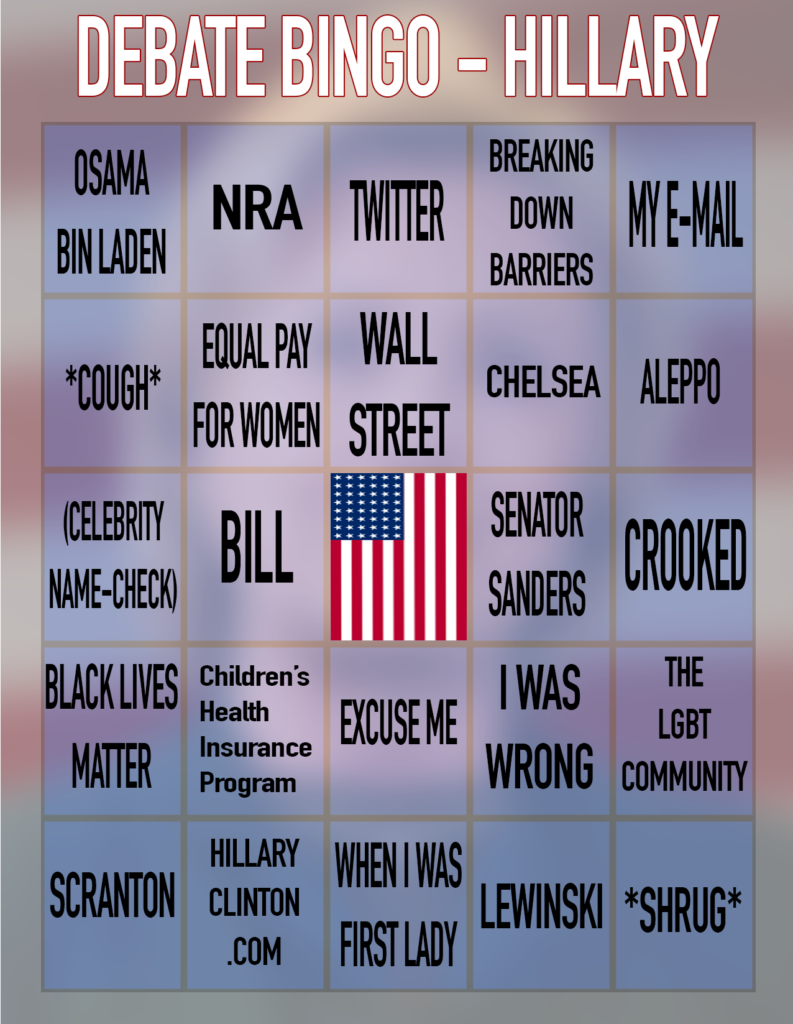 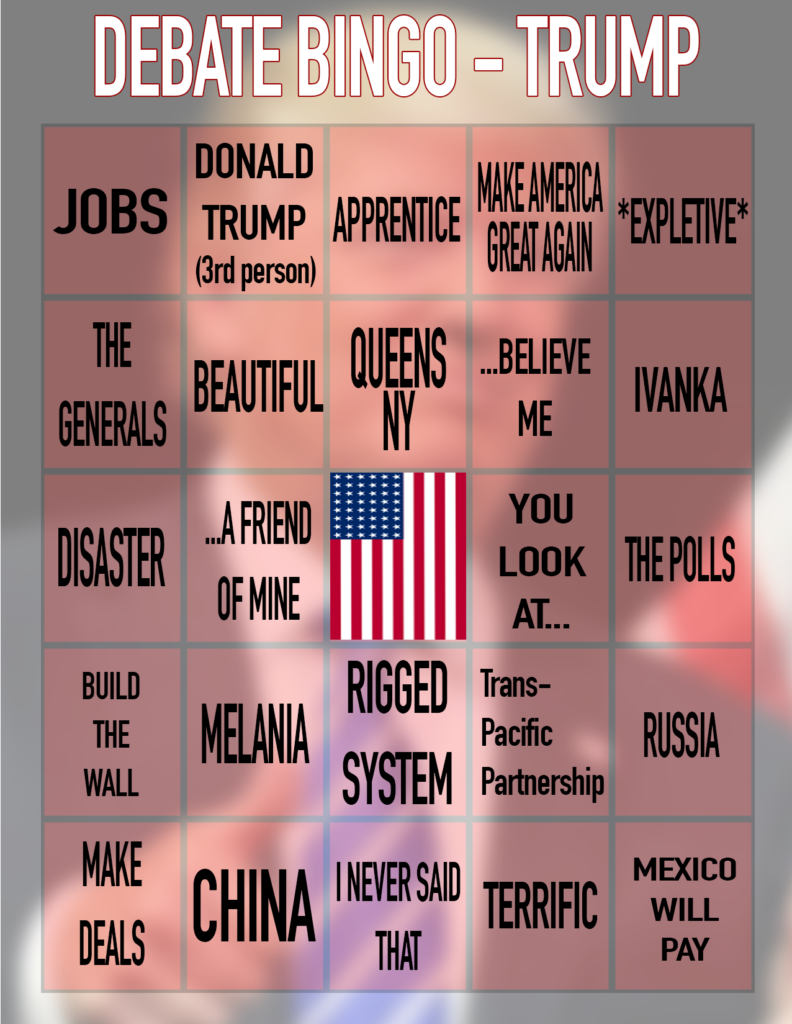 Or if you feel like really challenging yourself, we have a HARD MODE. The debate could get mean-spirited, so be on the look out for these extra scandalous terms. 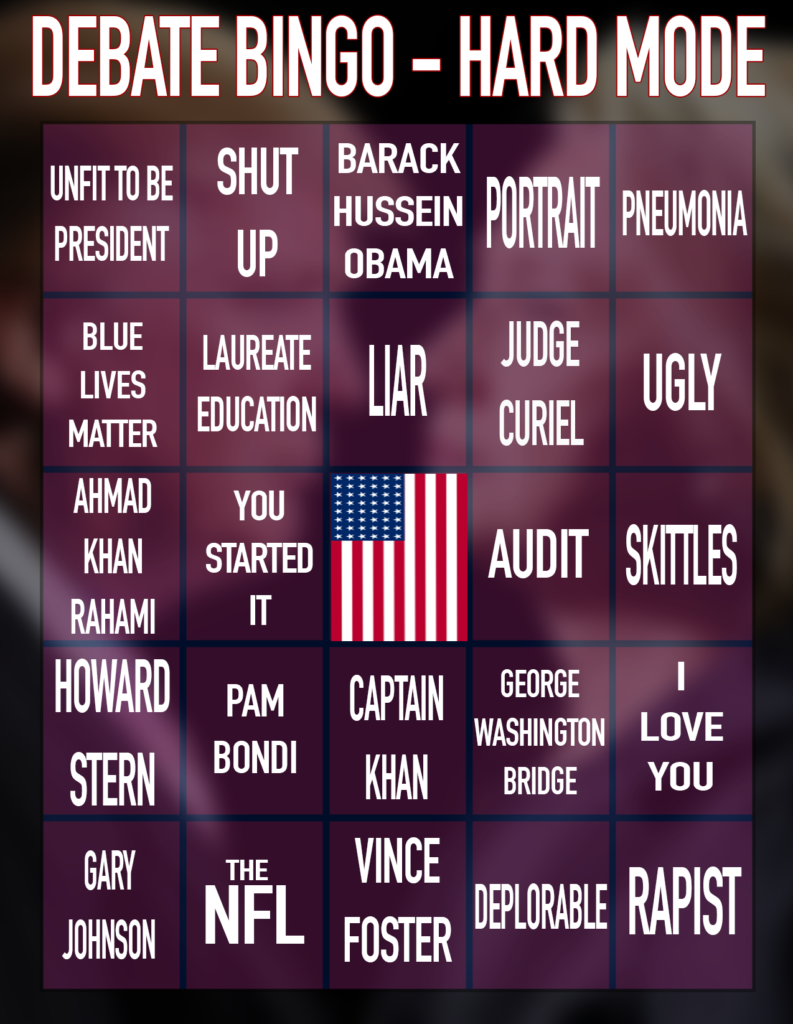 So make sure to tune into the Presidential Debate at 9:00 ET on Monday, September 26, moderated by NBC’s Lester Holt at Hofstra University. And make sure your roommates/significant other/friends have a PorchDrinking Debate Bingo card at the ready. You can even let us know who got “Bingo” first by tweeting to us @PorchDrinkingCO. 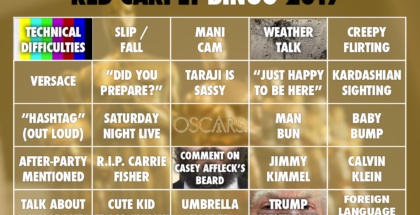 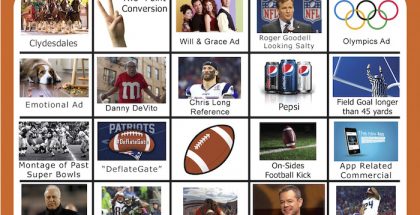