I don’t mean to be dramatic, but I think they’ve named this beer wrong. With a name like, “Drama Queen”, you’d expect this 8.3% barrel-aged saison to be too boozy, quick to fly off the handle with overly pronounced flavors. No, she is far too balanced to be called a drama queen.

Denver Beer Co’s GABF Gold Medal winner Drama Queen is aged in a mix of 16 different barrels – a mix of French Cabernet, Merlot and Malbec oak barrels. Because each barrel is different, each batch of Drama Queen has the potential of being very different. Perhaps there-in lies the drama, never knowing exactly what you’re going to get.

My bottle, however, was nothing but subtle and composed from the moment the cap came off. Drama Queen poured a hazy amber with a thick white head that dissipated quickly. She smelled sweet, like some sort of elusive pear and grapefruit hybrid. The flavor followed with pear and grapefruit, but grew far more complex from there. White wine. Raspberry. Slight oak on the back end of the swallow. All of these flavors danced around, none of them more pronounced than the other. Delicious and complex – I don’t know about drama queen, but I’d say she earned the title of “Queen.”

Drama Queen Saison Aged in Wine Barrels is part of Denver Beer Co’s Summit Series. She’s available in limited quantities along the front range so make sure you snatch her up before she gets all emotional about it. 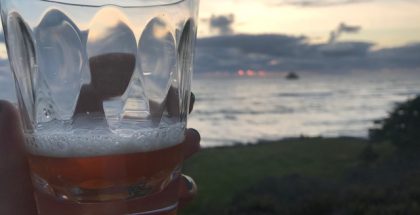 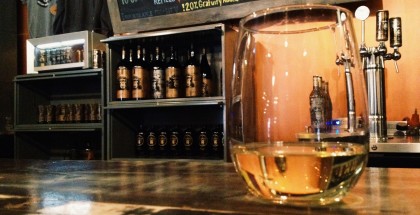