Rogue Ales & Spirits is breathing a little life into a dead guy — Rogue Dead Guy Ale. Not only are the labels updated for a fresher look, Rogue is is introducing 12-ounce cans for the first time.

A Rogue Ales & Spirits press release notes, “The updated design features a bigger and bolder Dead Guy, who has come down off his barrel, with a black, white and silver color scheme.”

“There were a number of iterations, but the idea came out pretty quickly,” said Rogue’s Creative Director Hagen Moore. “We wanted to make the Dead Guy larger than life, and have him stand out in a simple and unique way.”

Notes Anna Abatzoglou, “Minster of Fire Starting,” at Rogue Ales & Spirits, “Originally brewed and bottled in 1990 as a Dia de los Muertos beer for a Portland Tex-Mex restaurant, Dead Guy Ale quickly became a favorite among craft beer drinkers. For the last 26 years, the Dead Guy Ale label featured a beer-clutching skeleton with crossed arms and a beehive hat sitting on a barrel.”

Anna added, “Although there have been small tweaks to the label over the years, this new look marks the first major redesign for Dead Guy Ale’s packaging.” Dead Guy Ale, with its new look, will be available in 12-ounce cans and 22-ounce bottles starting February 15.
However, PorchDrinking.com writer, “Danele Hearts Hops,” recently partook in the new experience a bit earlier than most. I guess she got a bit lucky. Cheers!

Much of the information & text was provided to Porchdrinking.com by Anna Abatzoglou of Rogue Ales & Spirits. 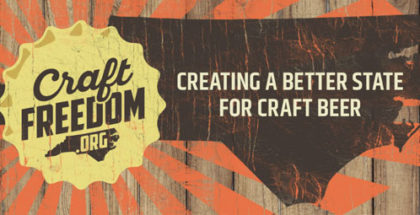