Amarillo Hero is the newest addition to Revolution Brewing’s much-acclaimed Hero IPA series. Much like a well balanced superhero squad, each beer in the Hero series stands out with their own unique flavor that complements the group, a sudsy “superpower,” if you will. For Amarillo Hero, that superpower is juicy citrus. 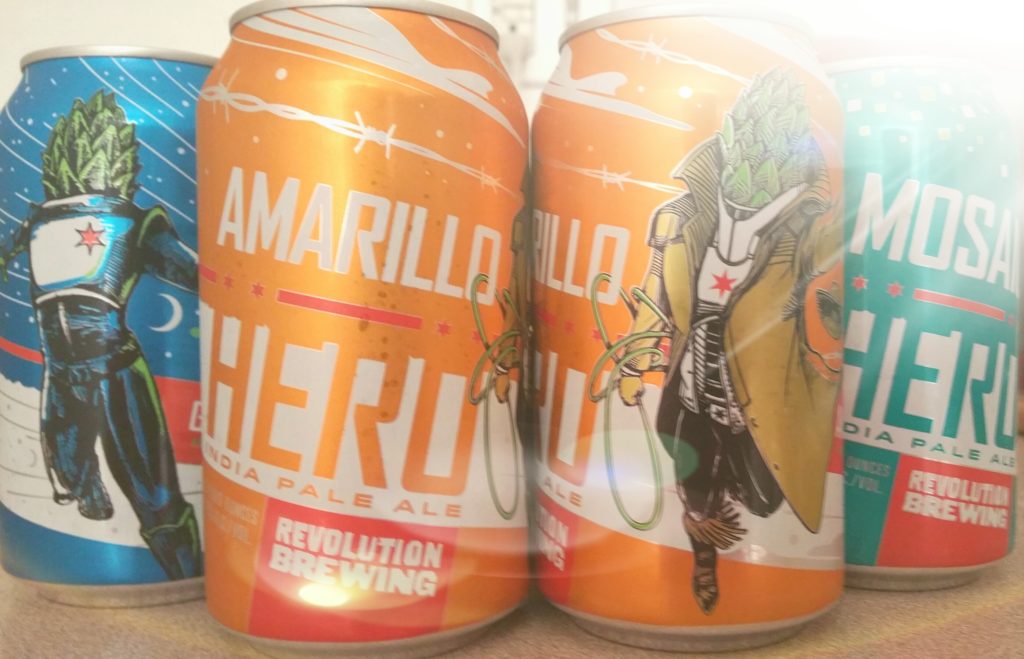 I’ve tried nearly every variety of Revolution’s Hero line, mostly because I know I’m going to be drinking a damn good beer each time. For the majority of these beers, the main selling point is a uniquely-crafted hop profile that makes sure you remember you’re drinking a hop-stacked IPA. Amarillo Hero sets a different tone, mostly because the primary hop it’s brewed with, Amarillo, creates a much lighter, zestier flavor than the bitterness or intensity of an Anti-Hero or Galaxy Hero.

On first pour, the color is a beautiful and bright golden orange, much like the can it comes in. After settling, the beer has a pretty decent-sized head and a floral, almost sw 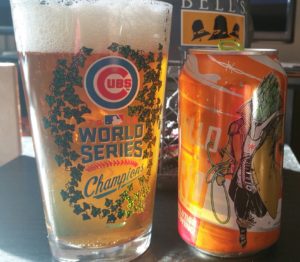 eet smell once you’re about to drink it. The first sip, much like the color, is bright and full of floral notes. Amarillo hops are extremely present here, as you get the familiar notes of fruit and floral as you drink. Unlike the other Hero beers, Amarillo Hero is primarily sweet and fruity throughout, with very little trace of malt or hoppiness—even though it has 75 IBUs. The lack of hoppiness isn’t a bad thing, but it is something I had to get used to at first, given my familiarity with the other hop-focused sidekicks I’ve grown accustomed to. The finish is crisp and clean, with little to no bite. This makes the beer extremely drinkable and might make it the most suitable of the Hero series for a day on the porch, on the boat or even in a beermosa as the taste and flavor won’t bog you down.

Amarillo Hero is not available as a standalone purchase, but is instead sold in Revolution’s new League of Heroes variety pack, which includes four cans each of Amarillo, Anti, Mosaic and Galaxy Hero. The pack retails for $18.99 and is available in Illinois, Wisconsin, Ohio, Massachusetts, Indiana and New York City. I actually prefer that Amarillo Hero comes as part of this unique superhero team for now as its unique fruity flavor gets to stand out from its more hoppy compatriots. Cheers!