When 4204 Main Street Brewing Co. opened in May of 2014 in Belleville, IL. it was one of the smallest according to its owner Todd Kennedy. Three years later, when asked of his concerns about the growing field of competitors in the craft beer market, Kennedy was frank. Like the number of brewers, his concerns were growing. So Kennedy and his partners had to make a decision: continue to make small jumps to increase their business, or take a risk and reach for the brass ring. Reaching for that ring cost them $3 million, and resulted in the opening of a brand new brewing facility a short distance from their current business.

Now 4204 Main Street Brewing is capable of filling distribution needs across all of Missouri and the southern 70% of Illinois. What would have taken them two weeks they can now do in two days, and has likely propelled them to be among the top five craft brewers operating in the St. Louis region based on volume. The key to their continued success is their approach to brewing, opting to make what they like to drink. Head Brewmaster Adam Patterson, a member of the St. Louis Brewers Guild noted that their focus is on classic beer styles while peppering in some that are experimental. One of Patterson’s favorite beers to brew is the Ex-Pat, an English-style pale ale he couldn’t find around here so he brewed it himself.

Patterson added that even though there are many craft brewers in the area, they work together to build demand for the product. Ultimately, Patterson said, “it is a David versus Goliath battle against major corporate brewers like Anheuser-Busch, InBev and Miller, which still dominate most the beer distribution market.”

For 4204 Main Street Brewing Company, a regional impact is likely as large as they get for the foreseeable future. They would like to eventually bring their beer to the Chicago market which would require more equipment, and that is something they have the space for. But for now, they want to make sure that the beer someone drinks at their tap house in Belleville tastes the same as a can of the same beer bought in Kansas City.

Due to the popularity of the brews being created, 4204 moved into distribution. “We have now grown to three total locations including our original brewhouse, a taphouse in Alton, IL and our newest production and banquet location at 6435 W. Main Street in Belleville, IL,” said Shane R. Cox, Main Street Brewing Company’s sales and territory manager. “Our goal is very simple, to brew fantastic beer.”

Their flagship beer is the Pecan Brown Ale, which is a fantastic, sessionable brown ale made with roasted pecans in the mash. A creation from the original brewer, this light bodied brown ale features in-house roasted pecans, a slightly sweet finish and incredible drinkability.

Their newest brew is The Answer. The Answer is a session ale meant for everyday easy drinking. It is flavorful with a great amber color and comes in at 4.8% ABV. This was created by Patterson and is already a customer favorite. It has recently been released in cans and draft for distribution.

Another new beer, 420/4 APA was released on April 20th for distribution. 420/4  is a fantastic hop-forward APA with great drinkability. It comes in at 5.5% ABV with mild bitterness.

Other newer beers we have tried include the Baltic Porter (ABV 7%), which has great flavor and mouthfeel. Ciudad De Suenos is Main Street’s version of a Vienna lager. It has a great flavor while staying true to the style. Patterson created this beer with his hometown, Quincy, IL, in mind.

4204 Main Street Brewing Co. has more great beer coming over the next several months including a dopplebock, a new IPA, a light lager and a beer called Over The Moon Belgian Witte.

“We also have a barley wine aging currently in bourbon barrels for a fall release and soon will feature a new high gravity beer in Helios, a Belgian Golden Strong Ale with an 11.2% ABV,” said Cox.

We can hardly wait to try the new beers. Cheers! 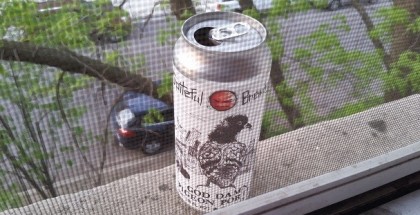 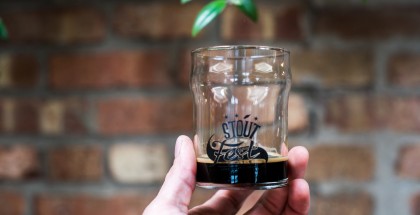