As the craft beer industry begins to wade through the murky waters of distinguishing itself from other non-craft entities, the Brewers Association has decided to make the distinction even more clear. This morning the Boulder-based national trade organization announced the creation of an official seal to help independently owned craft breweries for qualifying members.

The Brewers Association defines craft breweries as having produced less than 6 million barrels of beer each year, being controlled by or having less than 25% ownership by an outside entity that is not itself a craft brewer, and has a majority of its total beverage alcohol volume in beers whose flavor derives from traditional or innovative brewing ingredients and their fermentation.

Under this definition, breweries like 10 Barrel, Golden Road, Breckenridge and Four Peaks to name a few would not qualify as they are owned by Anheuser-Busch. But that exclusion also encompasses the likes of Founders, which sold a 30% minority stake to Mahou-San Miguel in 2015 and Lagunitas which is now 100% owned by Heineken.

The Brewers Association noted this in regard to the newly announced designation:

Qualifying breweries will be able to utilize the seal on promotional materials, packaging, websites, menus, and other marketing collateral. So how exactly can qualifying breweries go about acquiring use of this seal? Applicants must first meet the following criteria

Then they can apply via The Brewers Association website to receive the free seal. 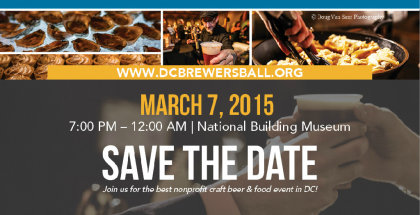