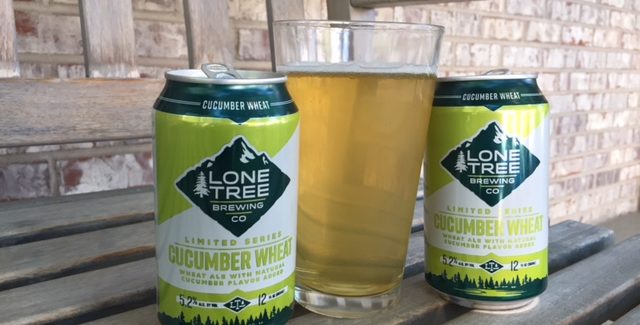 Lone Tree Brewing Company opened in December of 2011 as the first private craft brewery along C-470 in the Lone Tree/Highlands Ranch area. Since then several more breweries have opened, but Lone Tree has continued to grow strong. They recently introduced their Branching Out Series of seasonals and continue to grow their selection of canned beers. These include their Mexican Lager, Red Ale, Double IPA and Peach Pale. This spring they also started canning their seasonal beers and the first to be canned is the Cucumber Wheat, a delicious refreshing thirst-quenching summer love.

When I search for a beer to drink, I often gravitate towards the extremely hoppy, high ABV, heavy beers that scare away the weak. Drinking just a couple of these beers usually does me well. Sometimes, however, I crave something light and refreshing that can be enjoyed sitting on a patio, grilling at a park or simply just to cool off my palate during a hot summer day. When I drink these lighter beers I want to drink several. Recently, I found Lone Tree Brewing Company’s Cucumber Wheat. Shortly after opening my first beer I had crushed several more, and was feeling refreshed and energetic, ready to tackle the world.

A Beer for the Colorado Lifestyle

With a cool, crisp, refreshing taste, this beer is light and subtle. It is light golden in color with a slight wheat haze. The cucumber taste is elusive enough to make it refreshing and accent the wheat malt base. It is uniquely refreshing and can be easily enjoyed at your favorite summer activity. Temporarily joining the club of canned favorites, this beer contributes to the Colorado lifestyle of drinking a couple beers after a hike up a Colorado fourteener. It is the perfect poolside beer or refresher during a beach volleyball game. It would even function as a perfect grill-side beer and go-to for an afternoon of backyard drinking games.

Stock up this summer as the Cucumber Wheat is only a seasonal. It is sure to make another appearance for spring/summer 2018 but why not fully enjoy it now? 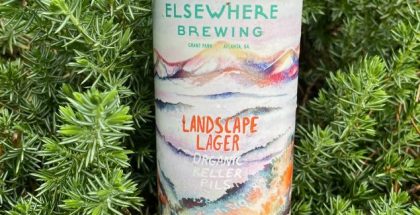