Did you imbibe a little too much on National American Beer Day? Are you repressing your Halloween memories? Were your International Stout Day celebrations a bit too raucous? We’ve got you covered. Every fun social media moment that the craft beer world could conjure is right here in our handy little list. This is The Weekly Buzz.

I’ll celebrate any hashtag holiday that gives me an excuse to drink beer!

How are you celebrating #NationalAmericanBeerDay today? Come by Prost and pick up your Growlers, Crowlers, 6-packs, 12-packs, Maß, and kegs! pic.twitter.com/e808813k6e

For us, every day is #NationalAmericanBeerDay but let's celebrate taking craft back! https://t.co/dKWyaLzk5H

I didn’t realize I needed an upgraded Mad Elf until I saw this!

…but it should be…

This… this is not officially licensed Stone Brewing merchandise. pic.twitter.com/octl0ObWQd

Anybody make it to the Pottstown Brew Fest?

What’s in the barrels?!

‘tis the barrel aged beer season.
—
are you ready? pic.twitter.com/JX8RCqYeZn

Nice catch, Mr President! Honored to stock a few trout into the Hooch on your behalf (via https://t.co/inxRLa0uPU) pic.twitter.com/kBgzqKaWM1

We're thrilled to welcome @clownshoesbeer to the Harpoon family! Get the full scoop here: https://t.co/sNFoRZ55B4 pic.twitter.com/j8CrMYUBvA

Are you looking to get your foot in the door?

Just another day in the cellar!

Did anyone dress up as Felipe Szpigel for Halloween?

Time to polish that resume!

Do you have the eye of the tiger?

How did you celebrate?

Today is International Stout Day (of course it is…)
Good thing we have Rum Barrel Export Stout on tap. @MaggiesFarmRum pic.twitter.com/MCWSlVpuhR

Pretty decent lineup of stouts for our #InternationalStoutday event! 18 stouts in total from 6 countries…

This beauty was one of the first to go at Poole Beer Festival – there’s plenty left at The Brewery Tap #InternationalStoutDay pic.twitter.com/CYoF0r2EpN

It's #InternationalStoutDay — the perfect time for an Espressway Cold Brew Coffee Stout!

Celebrating #StoutDay in #Roanoke by partnering w/ #bluecowicecream for Stout Floats! Come on by after 5pm pic.twitter.com/jTblYVMXgg

If you’re into this kind of thing…

1/2 We're giving away a pair of #PropDay golden tickets at each of the three upcoming BCS Collaboration Series events. Cross those fingers! pic.twitter.com/rKcHKKf26F

2/2 The #PropDay tickets will be randomly hidden along with the products at each of the Collaboration Series events. Good luck, friends! pic.twitter.com/OLC40UDR1B

I hope they have a LOT of port-a-potties! 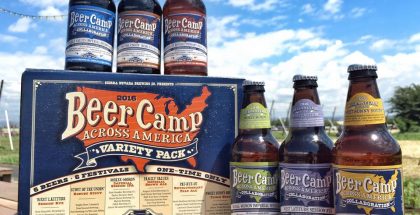 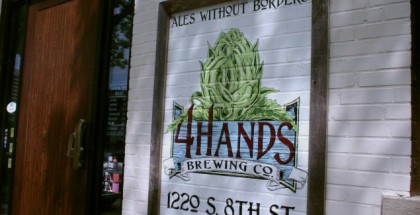