Baere Brewing Company had never done an open fermentation before, nor had the three-year-old Denver brewery made a beer using grapes. In Unknown Parentage, they did both—with a dry, funky and all-around delicious result.

As fans of their Berliner Weisse can attest, Baere is no stranger to sour beers. In addition to keeping a rotating series of table sours on tap, the brewery offers a wide range of sour styles in bottles, including multiple versions of its Reciprocity Golden Sour aged in different barrels.

For Unknown Parentage, Baere’s brewers took the head off of a barrel and open-fermented a Saison with Brettanomyces and white wine grapes. Then they blended it with a barrel of their Golden Sour and dry-hopped the beer with Nelson Sauvin.

The outcome? “It’s kind of a crazy beer,” as co-owner Kevin Greer put it.

“We were like, we think all of these things would go well together,” Greer said. “People love it. It’s super dry and I think some people are shocked—it’s dryer than any other beer we’ve ever made, even for our sour beers.”

The beer pours a cloudy, straw-like color, with a nose that was slightly reminiscent of a dry white wine. I tasted some citrus flavors, though the acidity was pretty mild overall, and the Brett-induced funkiness was distinct but not overpowering. While the beer comes in at 8.4 percent ABV, I wouldn’t have guessed it would be that high.

While it’s tart, the sour taste is not that intense—due to the fact the beer isn’t completely barrel-aged, Greer explained. In addition to the Brett and whatever wild yeasts were on the grape skins, they pitched some of Baere’s sour culture into the beer as well.

The dryness comes from those wild yeast strains, which consume sugars that traditional yeast does not, and the simple sugars from the grapes. Remember, sugar is a food source for yeast with the end product being alcohol. Greer estimates that about 400 lbs of grapes went into Unknown Parentage. The brewery is using the rest of what was once a ton of grapes to create other new beers.

As for its name, the beer is not a nod to Maury Povich. Instead, Unknown Parentage is a reference to the mysterious origins of the Vignoles grape, which was first thought to be related to a French hybrid. That relationship was later debunked.

It’s worth noting that Baere is known for more than their sours. The brewery, which turns four in July, has also earned a reputation for its IPAs. Indeed, Baere’s GLeeMONEX remains the best session IPA that I’ve had in Denver; the C3(i)PA is also a solid go-to.

The breadth and volume seems particularly impressive given that Baere brews on a 2.5 barrel system. But even if it was the hop-forward offerings that helped put the brewery on the map, it’s their sour expertise that’s helping them expand beyond that.

“For our regulars, it’s all IPA,” Greer acknowledged. “Now that we are becoming more known for sour stuff, I think that changes. A lot of people come in for it.”

Unknown Parentage is currently on sale for $16 per 750 ml bottle.

Behind the Scenes at Rocky Mountain Barrel Company... October 26, 2015 | Chris and Jeff Estes 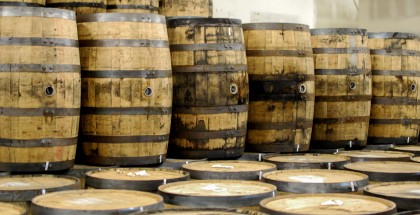 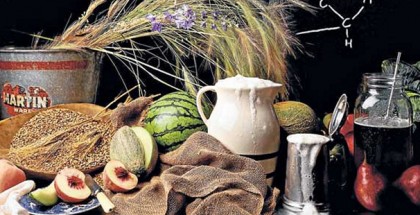 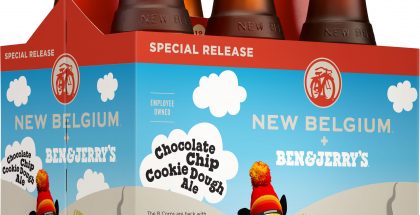