Now, they’re ready for their first major release into the market with Wari.

Wari was brewed in collaboration with the internationally famous Field Museum in Chicago and was inspired by the museum’s discovery of an ancient brewery in Cerro Baúl, Peru and a thousand-year-old recipe. Wowza.

Legend has it that 1000 years ago, the Wari people built a brewery on a remote mountaintop in southern Peru where they brewed enormous batches of chicha, a corn-based beer that they then consumed in copious quantities. When the empire’s reign came to an end around 1100 AD, the Wari set fire to the brewery and smashed their ceramic drinking vessels into the ashes of the burning building.

Fast-forward 10 centuries: Field Museum scientists discovered the remains of the brewery in 2004 and, based on analysis of residues from the drinking vessels, learned the Wari brewed the beer with berries from the Peruvian pepper plant (also called molle berries). Off Color Brewing’s Wari is based off of this ancient corn-based beer, or chicha.

The new version pours a deep pink color from imported Peruvian purple corn. On the nose, you’ll find aromatics of mild pepper that complement a nice funk and a fruit acidity reminiscent of cranberry juice without the sweetness.

The beer is now available across St. Louis. 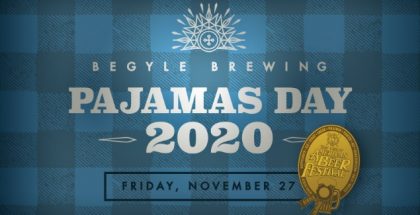 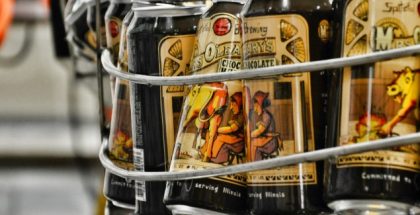