“I don’t know,” I replied as Katie set her thermos full of coffee down on a table. It was only 10 a.m., after all. “What’s protocol for this time of day? We’ve never been in a brewery this early before!”

“I’ll have one!” Katie piped up. Tim poured her some of the brand new Cabernet Sauvignon wine-inspired Call Me Cab, and I settled for a tulip of the Amber Ale. Tim and Jeremy made themselves some sort of ale-based bloody mary and we all settled down together around a high table.

“So,” I began, “You guys started commenting on the [Instagram] thread… Where did it go from there?”

Back up to August 2018 when Katie and I spent three days in Iceland.

It was the first stop in our four-country whirlwind adventure through Europe. While our travel goals were mostly recreational, we did hope to explore the local craft beer scene along the way and add to our on-going adventure map.

Sure enough, we did make it to a couple of microbreweries in Iceland (we shared details in a previous blog post. One brewery we didn’t make it to — but were thrilled to discover — was Ægir Brugghúsi in Reykjavik. A brewpub better known locally for its name, which translates “Aegir’s Garden” in English, we were excited by the mere fact that there’s also an Aegir Brewing Co. in Elk River, MN, not far from where we live! We took to social media to share our discovery:

After we posted, a discussion began amongst our followers — including Minnesota’s Aegir Brewing Co. and Iceland’s Ægir Brugghúsi — in the comment section: There are also Aegir Brewings in Norway and South Africa; they should all collaborate sometime; there’s a big beer festival in February that would make a perfect excuse to get together. As far as we knew, that’s where the conversation started and ended. But for the two breweries, apparently not.

Fast forward to Monday morning, February 19, 2019 — a photo was posted to Aegir Brewing Co.’s Facebook page of Tim and Jeremy in Iceland!

We couldn’t help but wonder if we’d played a role in their adventure. Sure enough, the guys gave us a shout out in a following social media post and confirmed that our original post had ultimately led them to Iceland to collaborate and attend the craft beer festival there.

It’s present day and we’re in Aegir Brewing Co.’s taproom catching up with Jeremy and Tim to hear their side of the story. Tim’s picked where we left off.

Tim: “You guys tagged them and us, I think, in [the Instagram post]. And one of us threw out, ‘Let’s just do a collab someday!’ joking. And then he [Ole of Ægir Brugghúsi) mentioned that there was a festival… in February. We thought it was, like, ‘oh cool, that would be fun, but never-mind.’ And then after a while, I was like, ‘We need to take a break, and we want to do a collaboration, and why not?’ So we started looking into it, and it seemed reasonable.”

Jeremy: “I don’t know if we even knew about the one in Iceland until you guys… We did know about the ones in Norway and South Africa, so we had been talking about those… and then the Iceland thing came up…”

Jeremy: “And it just started rolling!”

Adam: “So at what point were you guys like, ‘We’re doing this! We’re going to Iceland, we’re going to go collaborate’?”

Jeremy: “I mean, I think we said that quite a while ago. Tim bought his tickets first and then I bought my tickets later. Especially with the recipe…”

Tim: “We had the recipe done and all that, so it was kinda like…”

Tim: “The general idea of the recipe was probably done late last year — November… December… and then we booked the tickets in January, finalized the recipe sometime in January.”

Jeremy: “It’s kinda one of those things like ‘What do you want for dinner tonight…?’ No one wants to say the first thing. But we were surprised… the New England IPA stuff is pretty popular [in Iceland], too. They’re doing a lot of those. We didn’t want to do a regular hazy for sure. But we settled on a session IPA with some haze to it. But then [Ole] threw out [the idea of]…”

Tim: “Mead herb, or ‘meadow sweet’ is another name for it. It’s an herb that grows in the Northern hemisphere. And it has a kind of like a chamomile tea flavor to it. By itself, it’s pretty intense, but hopefully, in the beer, it mellows out a little bit. So we’re using some hops, but we’re also using that to give it something unique that isn’t really available here. So, I don’t know — we might be the first people in America to use mead herb in beer, I don’t know…”

At this point, Jeremy ran to the back to get us some samples of the beer (they’ve been brewing their own batch); they intend to release it at Aegir Brewing’s upcoming one-year celebration weekend March 22-24, 2019. It was un-carbonated and unfinished, though the herb aromas were definitely present. Tim went on to tell us what the beer should be like when it’s done.

Tim: “So [Ole’s] kind of let us know where the beer’s at a little bit. At one point, he was like ‘yeah, it’s almost like a dry white wine’ so it seems like it’s been changing drastically as it’s been fermenting. The last text was just ‘It’s amazing.’ So, we’re really hoping it’s amazing!”

We went on to chat about the pair’s time in Iceland (including an entertaining first impression), the Icelandic Beer Festival, the people and breweries they met, trouble pronouncing Icelandic names and traveling the Golden Circle. You can listen to an extended, edited version of our conversation here.

Adam: “Well, good for you guys! We were just excited for you and we appreciate you giving us some time on a Saturday morning.”

Jeremy: “It was you guys that threw it out there that got the ball rolling, so we appreciate it, too!”

Aegir Brewing will celebrate their one-year anniversary the weekend of March 22-24, 2019 with special events and releases, including their meadow herb collaboration beer with Ægir Brugghúsi. Follow Aegir Brewing Co. on Facebook for more details and Ale Adventures for more craft beer stories.

Brewery Brackets | Which College Has the Best Craft Beer Scene? 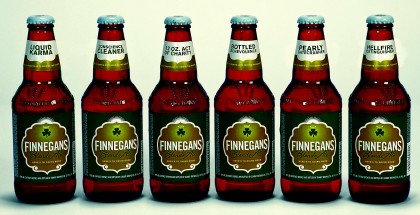 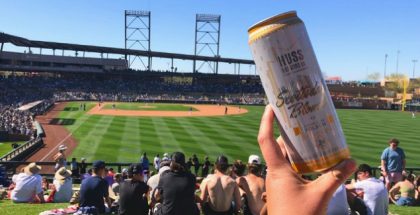 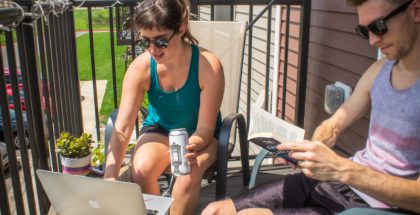 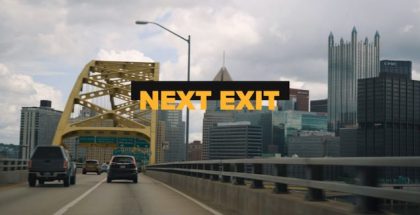