Seattlites have tolerated a lot of Mother Nature this year. We endured the snowiest February ever recorded followed by the hottest winter day ever recorded. Then April gave us the longest rain streak we’ve ever seen. Thankfully, the month of May is here to bring us relief in the form of Seattle Beer Week! The event, now in its eleventh year, was created to celebrate and showcase the close, collaborative beer community of the Northwest. This year’s Seattle Beer Week runs from May 9-19 and features hundreds of events across the city of Seattle and beyond, including camel visits, Battle of the Beer Bands, and dozens of beer dinners and tasting events.

Each year, a local brewery is selected to brew the official beer of Seattle Beer Week. This year’s honoree, Aslan Brewing Company, is based in Bellingham – a craft beer mecca in its own right. Aslan’s beer week creation, the Washington Gold Pils, is brewed with “pure Whatcom County water” and, like all of Aslan’s creations, is an organic beer. As a pilsner, it’s smooth, flavorful, and just light enough to accompany Seattle beer drinkers on their packed beer week agendas.

True to its name, the Washington Gold Pils pours in a glowing, golden stream, leaving a white head and light lacing on the glass. The mouthfeel is very light, with substantial carbonation and large bubbles.

The nose is mild, with discernible notes of molasses and yeast tones. On the palate, spicy hop tastes hit first, with traces of lemon and pine contributing to a light bitterness. The hops are followed by a zesty fruitiness, bringing more lemon and grapefruit notes. Like any great pils, the beer is smooth and bready, with tantalizing flavors of orange marmalade, but manages to deliver a delightfully clean finish despite the richness of flavors.

You can find Aslan Brewing Company’s Washington Gold in cans and on draught throughout Washington from now through May 19.

A full list of Seattle Beer Week events can be found here. 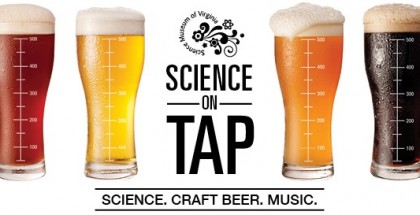