MidwestWomen in Beer
No Comments

David Nilsen for PorchDrinking: Tell me a little about your background as a beer buyer.

Sara Stathes: I’ve been the beer buyer at The Barrel House in Dayton for two years now. Before that, I was one of the beer buyers at Cappy’s Wine & Spirits down in Loveland for over three years. Ben Capodagli, the owner, taught me everything I know.

What are some of your daily tasks that people might not realize?

I have anywhere from 15-20 reps that stop in on a weekly basis. There’s a constant flow of reps offering me various beers, whether it’s core stuff that needs restocked or limited stuff that’s just become available that day or that week. You have to have a feel for what the market wants and what your customer base wants. If [other local shops] get a delivery of a big release on a Monday and I don’t get it till Thursday, I’m probably going to have to get less of it than I would if I was getting it the same day as them.

How do you keep track of that?

I spend way too much time on social media. People probably think I’m always on my phone, but I’m always trying to keep my finger on the pulse of what’s going on in the market.

What moves and what struggles?

There’s really no rhyme or reason. Beer consumers are fickle, especially when there’s ten new shiny things every day. There’s very little science behind it. The things we sell the most of are breweries that we get exclusively to the area, like Hoof Hearted and Listermann. Most hazy IPAs we get in we sell pretty quickly. Same with pastry stouts. Core stuff doesn’t move real well. Things that have died out are 750s.

What about first generation flagships?

We have a lot of that stuff out of date in our back room. Which sucks. It breaks my heart. New formats will help those sell for a little while, but six pack cans go out of code. We still sell a lot of Ohio core beers, like Warped Wing Trotwood Lager, Yellow Springs Boat Show IPA, Fifty West’s core stuff, Jackie O’s Mystic Mama IPA, that kind of stuff. I’ve kind of had to figure out which core brands our customers are regularly going to buy. It’s been trial and error.

Do you get a sense if that is consistent at other shops?

I don’t think so. I think at grocery stores and gas stations and other convenience locations, people are still buying the core stuff, because maybe they’re not beer geeks but they see stuff they recognize. We’re more of a destination. We’re not super convenient for anyone who isn’t downtown. People aren’t necessarily coming here for the core stuff, they’re coming for the specialty stuff. Social media’s been a huge driver for that. We can post something new and 15 minutes later there’s people here to get that beer and that’s it, and they won’t even look for anything else.

Do you notice a difference between what sells in package versus on draft?

Definitely. The biggest difference I’ve noticed is with session IPAs and pale ales. People don’t buy those very much to go, but they’ll buy them a lot on tap. I think when they’re out drinking, they want something lower ABV so they can try a bunch of different things, but when they’re home they don’t care how high the ABV is. Also, with offering flight pours, people are more willing to commit to five ounces of something than they are to a can or a bottle. 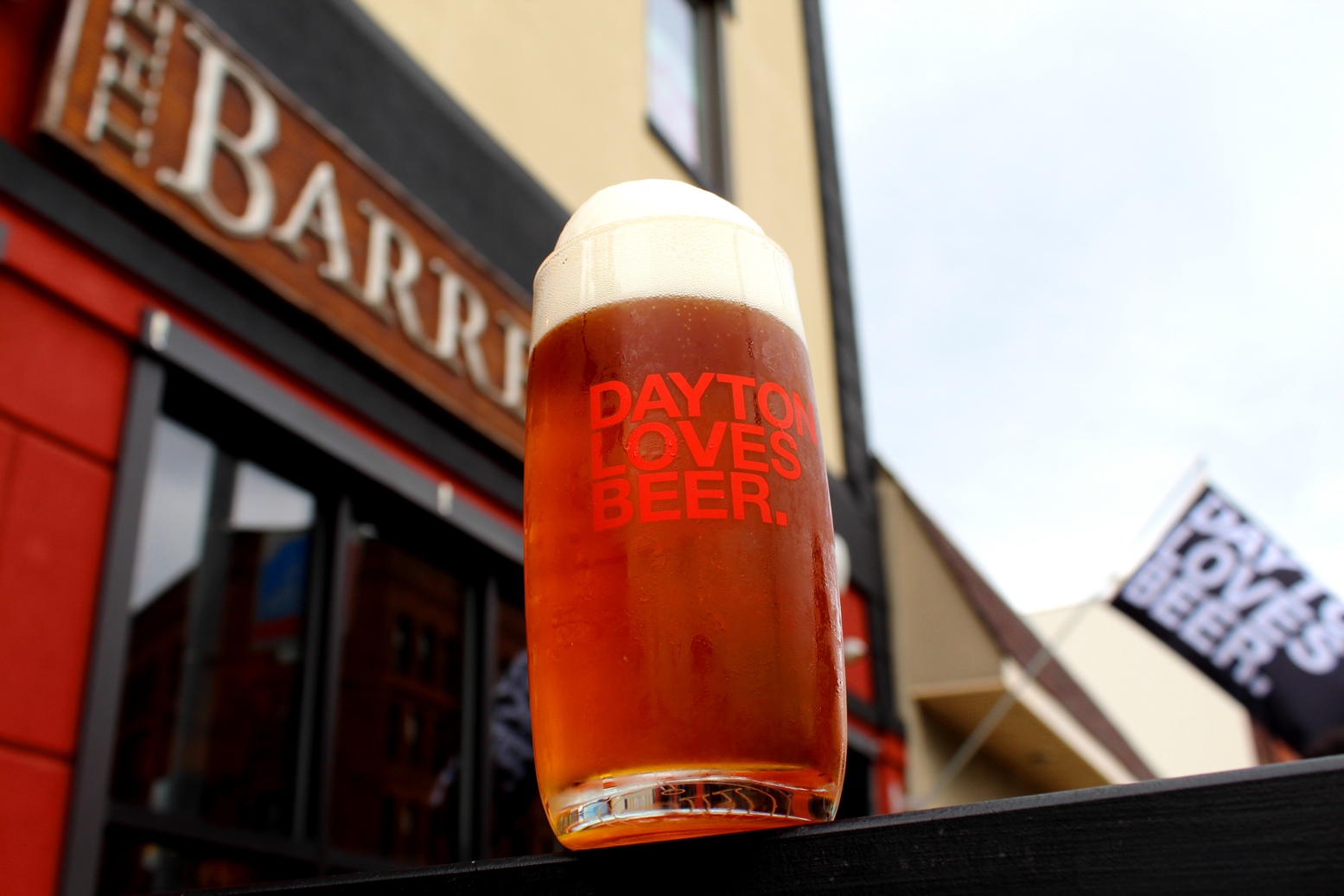 I imagine sometimes you have to decide whether or not to carry a beer without a whole lot to go on. What goes into those decisions?

I hate to say it, but I definitely use Untappd if I’ve never heard of something. I hate Untappd.

But at the same time, I know consumers are using Untappd if they’ve never heard of a beer. I see people all the time looking up Untappd ratings when they’re deciding what to buy here, so I have to regard that somewhat. Also, label art helps. So does previous history with a brewery. For example, we sell Singlecut any time we bring them in. Now I just bring in pretty much everything from them because I know it’s going to sell.

How do imports do?

Not as well as they used to. We have a few customers who will only buy Belgians, and they’re the only ones who buy them. There’s a guy who only wants Chimay. It’s all he’ll buy.

I know you’re probably tired of being asked this, but is there anything you would like to say about your experience being a beer buyer as a woman? How have men in the industry responded to you?

I have fewer problems with people I’ve worked with for years in the industry than I do with people who have never met me before. I still have an experience almost every day where someone walks in and assumes one of my male employees is my boss and then has a baffled look when I say I’m in charge. I posted on social media recently that the difference between being assertive and aggressive is your gender, and I think I face that a lot. I think there are people in the industry who don’t like working with me because I have opinions, and I think if those opinions were coming from a male, they would be respected. That’s bullshit. I’m viewed as being a bitch because I have strong opinions about things that have been proven to work.

What is something you wish people understood about buying beer for an establishment that you don’t think anybody recognizes?

If people think it’s all fun, it’s definitely not. I hate confrontation and I hate saying no, and I feel like most of my job is saying no to people. Often, that’s friends. This is a relationship industry, and I hate that confrontation. Also, just the sheer amount of time I spend on the internet. A ridiculous amount of time is spent on social media, which is just life-sucking.

Ultimately, do you enjoy your role as a beer buyer?

Despite all of its challenges, it’s super rewarding to be pursuing and achieving our dream. When we first started talking about buying our own spot, the bottom line was that we believed that we could do it better than a lot of other successful places and set ourselves apart, and I do feel that we do that. I still get excited about a lot of the events that we do, and limited beers that we get, and especially the collaborations that we get to do with breweries. 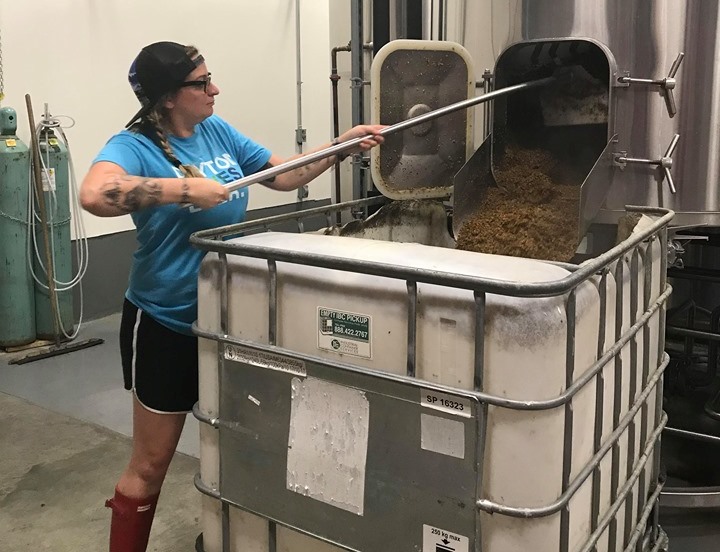 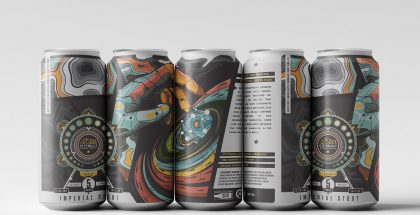 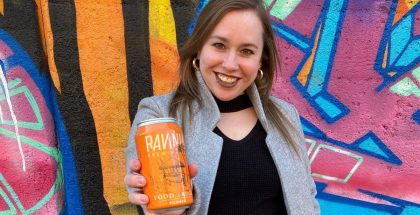