This beer’s namesake is a take on local slang you would hear from just about anybody, anywhere. In this case it is an abbreviation for Juicy Ale With Nugget, Neshaminy Creek’s American Style Pale Ale. 5.2% ABV and brewed with Nugget, Cascade and Zythos hops.

”This easy drinking APA is hopped almost exclusively with Nugget hops with some added help from one of our favorites, Cascade. Crisp and dry, notes of grapefruit rind are balanced by a firm malt backbone. Pass that jawn around.”

“Pass that jawn around” 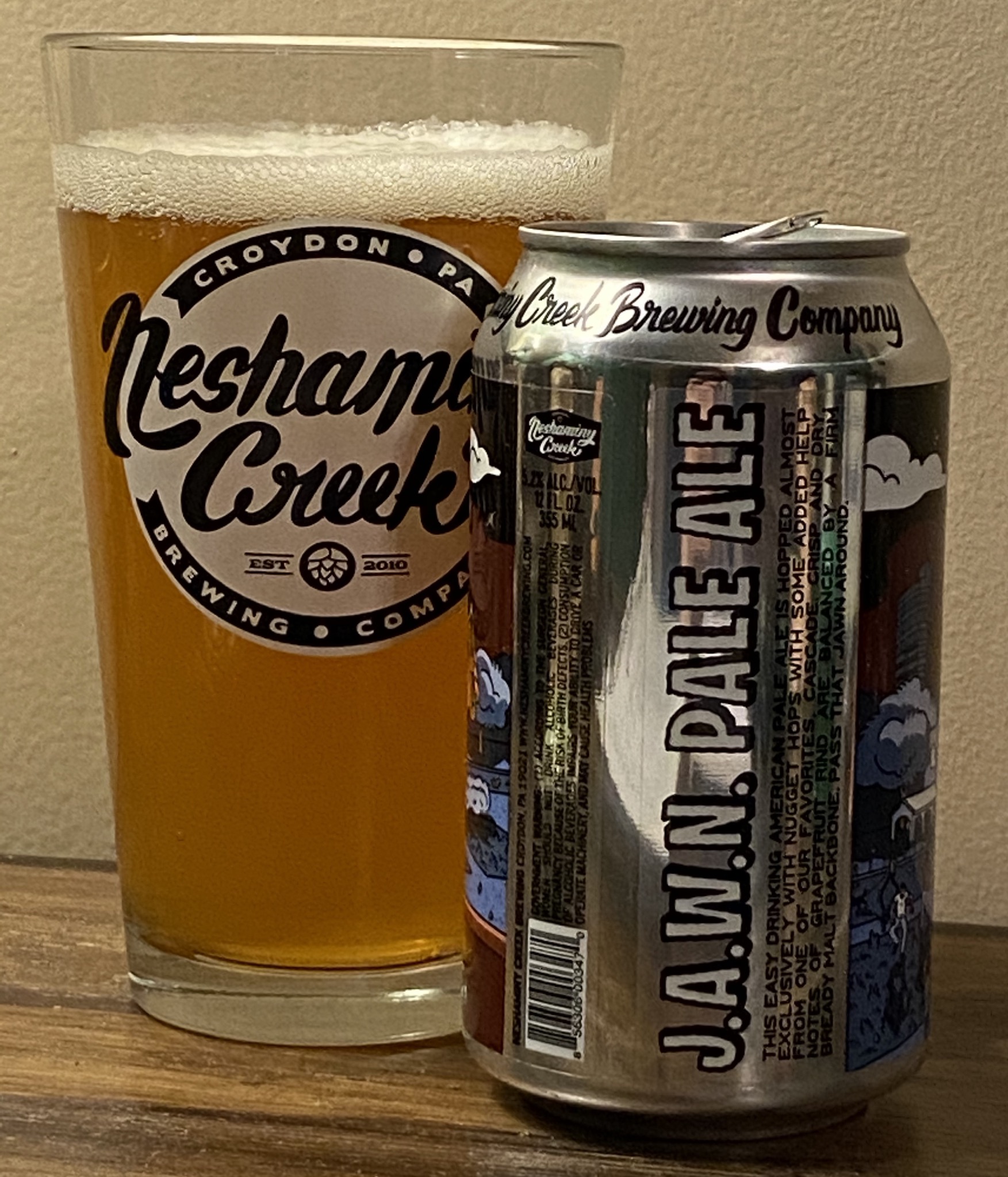 The beer pours a semi hazy bronze with a half finger of foam. It leaves an inch of lacing legs as it settles. The smell of pine and orange peel are followed by browned bread and grapefruit. Grapefruit dominates up front on the tongue followed by the orange peel, pine sap and a malty backbone similar to soda bread or pretzel. The texture is silky and full. Creamy and zesty. Similar to a New England Style IPA but not quite as thick remaining classically Pale Ale.

Available as one of the brewery’s core beers sporting the label of Benjamin Franklin riding the Liberty Bell while eating a Philadelphia Pretzel Factory pretzel. Label artwork done by Philadelphia artist J.P. Flexner. 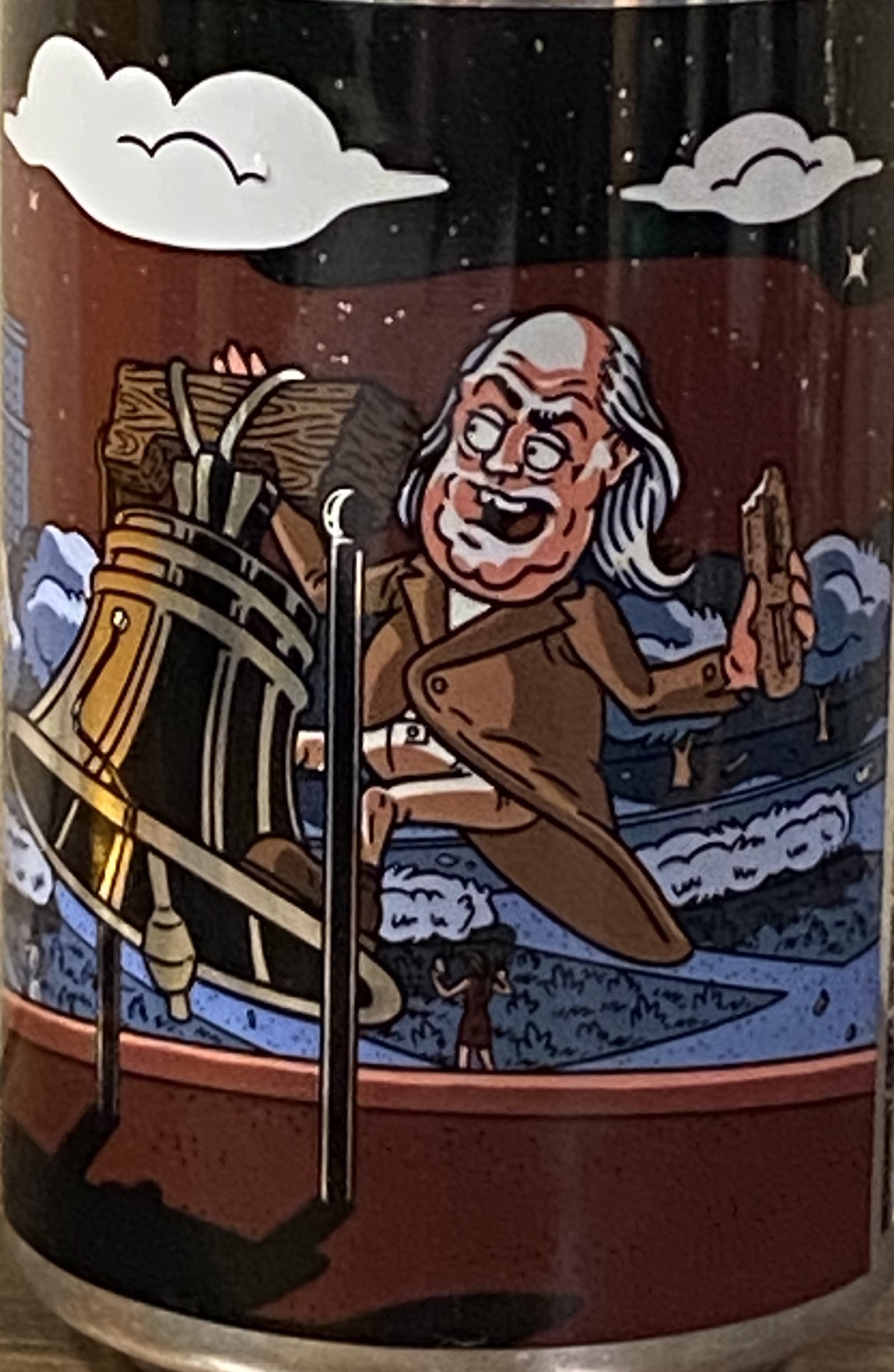 Silky smooth and suave. Perfect balances roll out of the glass just as the slang “jawn” rolls off the tongue. Effortless, well ordered and all who know that jawn, (and we all do) know exactly what you are talking about. 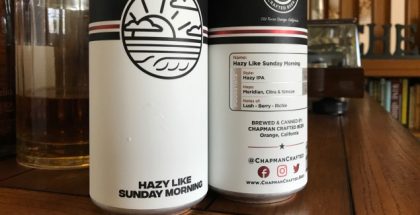 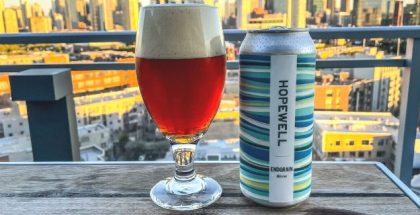