Even as COVID restrictions continue to hamper businesses across the country, Chicago’s brewery scene has added another brewery to the always growing roster as Primary Colors Brewing has packaged their first mixed six-pack of eight-ounce beers.

Currently brewing out of his apartment kitchen, founder Chris Rochester has focused on the blending of beers to create unique flavor profiles not always typical of what the style might suggest. 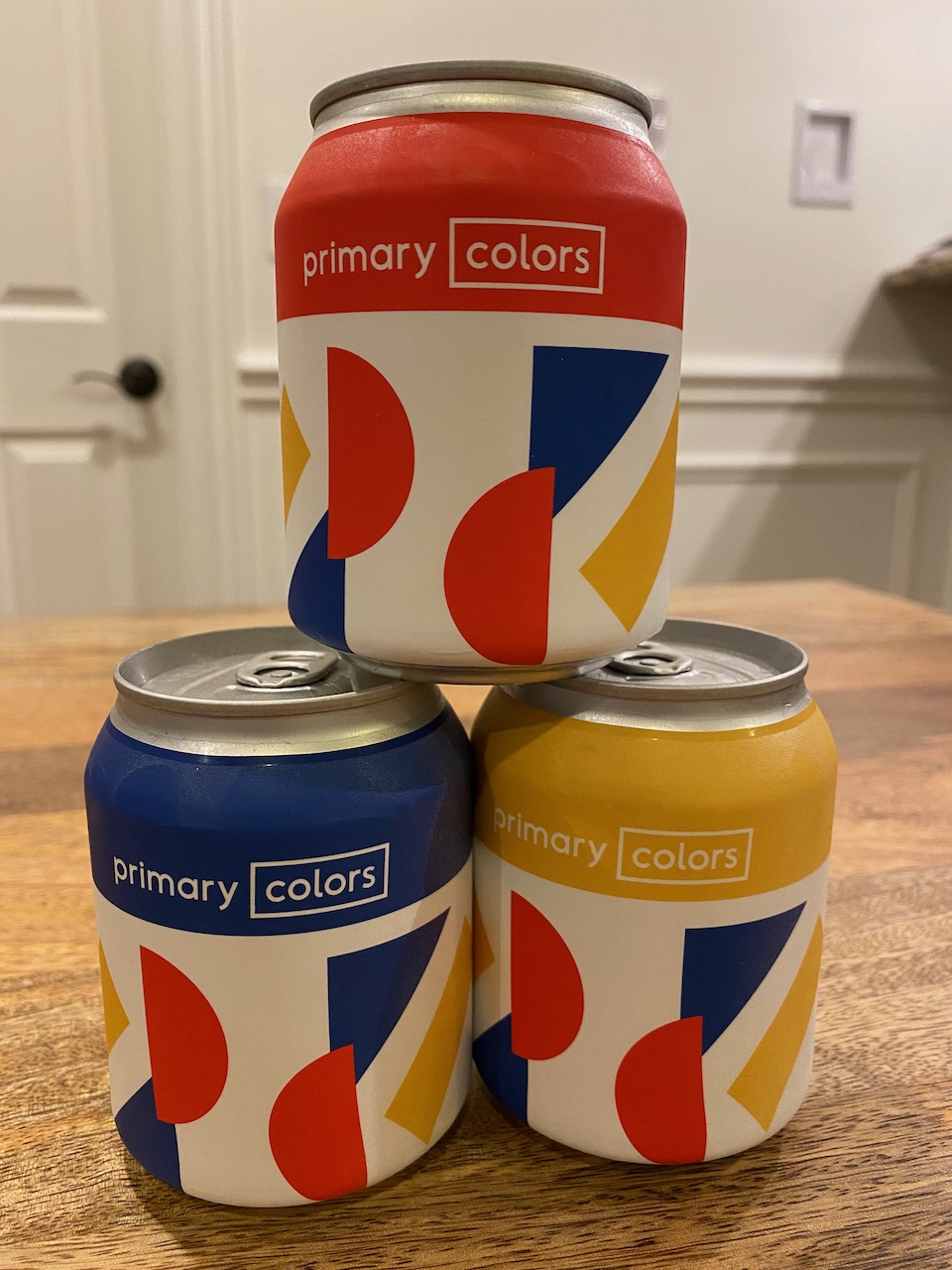 “I first got into brewing when I moved to San Francisco about 10 years ago,” Rochester said. “I’d recently graduated from college where I’d gotten super into craft beer, and my girlfriend at the time, now wife, signed me up for a home brewing class at a shop called Brewcraft in San Francisco. I’ve always been a pretty hands-on person, and really liked the idea of creating my own beers, so I immediately fell in love with brewing.”

The two have moved around the country the last 10 years and now that they’ve established themselves in Chicago, the idea of opening up an actual brewery seemed like a real opportunity.

In January, Rochester was finishing up his second year of business school and trying to figure out what he wanted to do after graduation. He decided to go for it and open up a brewery – then COVID happened.

“[COVID] flipped everything on its head,” he said. “My initial vision was to open a taproom, but that obviously wasn’t going to happen any time soon. But I didn’t want to call it quits, and thought there might be an opportunity to test out the concept with a more direct-to-consumer approach so I pivoted my focus, and started working on how to get my beer directly into people’s hands.”

“Blending beers was something that I started playing around with a couple years ago,” Rochester said. “I’d try to play around with what was available to make something more in line with what I was feeling. From there I started experimenting with blending more at home and realized that there were two awesome benefits to blending. First, you could create beers that were more personalized to an individual’s tastes without waiting weeks to create a new beer from scratch. And second, you could create new beer styles that you might not be able to make through a traditional brewing process. Blending is something that you see in a lot of other beverage categories like wine and spirits, but for some reason, you don’t really see it much in craft beer. I want to change that.”

With the can supply shortage becoming more and more of a concern for breweries around the country, it was something that he had to face. What makes Primary Colors situation even more unique is that all of the beers are in eight-ounce cans.

“The first time I had an eight-ounce beer can was in New York a couple years ago, right about the same time that I started experimenting with blending,” he said. “I actually remember immediately texting some buddies pitching the idea of a variety pack of eight-ounce cans that you could mix together, but I didn’t end up pursuing it further at the time. As I started thinking more about the blending concept recently, I thought that the eight-ounce can would make it less intimidating to try blending at home vs cracking open a 16 ouncer. Now I’m totally in love with the 8oz can.”

Right now he has enough cans to last a couple of months and then after that he hopes he’ll still be able to secure enough little cans to keep packaging going.

“I’ll be at the mercy of the packaging industry,” Rochester said. “I really hope that eight-ounce cans don’t become another casualty of COVID.”

The first three beers he released were a Hazy IPA, a Berliner Weisse, and a Belgian Pale Ale. He’s also worked on a Wheat Beer over the summer and hopes to do more Kettle Sours going forward.

“Managing the increase in beer production in my apartment has been really difficult,” he said. “In the past, I’d typically only be brewing one or two beers a month, but recently I’ve had some days where I’m brewing three batches in a day. Maintaining fermentation temps, kegging, cooling and packaging multiple beers at the same time in a small space with limited equipment has definitely been tough. I’ve got some new gear on the way that will hopefully make my life a little easier, but a dedicated brewing space would be really nice.”

Rochester knows the kitchen can’t cut it for much longer, so he’s explored opening up a small brewing space somewhere in the city or potentially contract out the production of his beers. If he were to get a small brewing space of his own, he knows that it would only be temporary until he could open up a larger, more permanent space. Right now he’s currently not selling the beer but instead giving away samples to people who are interested.

“I’ve always been a harsh critic of my own beers, and your friends won’t always tell you if your brew sucks, so having complete strangers get excited about Primary Colors has just been so awesome.”