While this year continues to be a harrowing one for most across the country, residents of Northern Colorado have had a particularly trying summer as forest fires ravaged significant parts of the state.

The East Troublesome Fire which spread across Grand County from Granby Lake to Grand Lake extending to Rocky Mountain National Park continues to burn across 193,812 acres and is only 60% contained. Meanwhile, the Cameron Peak Fire, which spread just west of Fort Collins, became the largest wildfire in state history as of last month, decimating 208,913 acres, and is still only 92% contained.

And while the carnage of these fires continues to wage on, several in the Colorado craft beer community are stepping up to lend their support. Windsor, CO’s Peculier Ales, which opened in August 2020, has launched a collaborative beer with proceeds going to support wildfire efforts across the state of Colorado.

Modeled off of similar recent social impact collaboration brews like Weathered Soul’s Black is Beautiful, Other Half Brewing’s All Together Beer, and Sierra Nevada’s Resilience, Peculier’s Restoration and Regrowth is 6.6% IPA featuring Citra and El Dorado hops with an open-source recipe. The brewery has partnered with Proximity Malt to offer all participants 25% off on malt for the beer, and Inland Island is the yeast sponsor.

Local breweries and breweries afar can sign up to participate and pledge to have proceeds go to support Larimer County United Way, Grand County Relief Fund, Community Foundation Boulder County, and as well as to the seven firefighters who lost their homes in the East Troublesome Fire.

Thus far, WeldWerks Brewing, 4 Noses Brewing, New Image Brewery, and Landlocked Ales have all signed up to join Peculier Ales, and any other interested breweries are encouraged to contact [email protected] for the recipe and artwork.

For their own version of Restoration and Regrowth IPA, Peculier Ales invited members of the Windsor Severance Fire Department to join earlier this week to brew the beer together.

“We decided to launch Restoration and Regrowth as a way for us to embody being community-minded,” said founder Nick Armitage. “That is part of our core ethos as a company and the people involved with Peculier.”

Armitage continued. “We are fortunate enough to make beer for a living and do that in Colorado. This was a way for us to be grateful and thankful and do something meaningful with our passion and abilities.” 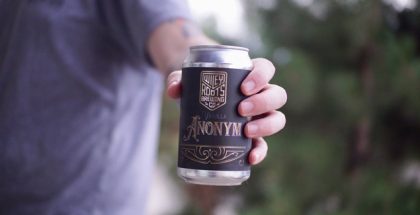