Beer for Good
No Comments

Joel Frieders, of Hope for the Day, said:

Brewers routinely talk to other brewers when they have a problem. That’s the nature of the industry —competitors supporting each other. And craft beer people in general are supportive. For a lot of us, our best friends are craft beer people. So, if someone has a mental health issue and wants to discuss it, why shouldn’t it be the person you drink beer with or the person you brew with? We have to start feeling open to discuss our feelings, emotions, and problems.

In addition to discussing mental health, Frieders noted that it’s important to discuss education. So many with mental health issues are unaware of everything that’s entailed, from physical symptoms to treatment. There are too many people who scroll through Google on their phone, which is rarely a good way to find the proper treatment.

A post shared by HOPE FOR THE DAY (@hopefortheday)

Akin to the recent Black is Beautiful Project, craft breweries are encouraged to join the cause by brewing their own take on the recipe. The targeted beer release is May — Mental Health Month — in conjunction with the nonprofit Hope for the Day’s “Shake The Stigma” awareness campaign. And yes, expect to see some non-alcoholic versions of the beer.

The beer, a 6% ABV DDH IPA comprised of Azacca, El Dorado and Cashmere hops, includes malts provided by Malteurop and hops from Hollingbery & Sons Hops, both of whom are granting discounts to participating breweries. As such, breweries should be able to make the beer at little expense (and possibly make a profit), which is only important because of the current challenges presented by the COVID19 crisis. In fact, breweries are requested to donate a portion of the proceeds to support the suicide prevention and mental health education initiatives from the Hope for the Day organization.

The COVID19 crisis has shed light on mental health issues, as many have faced situations never imagined, from sicknesses and deaths to job losses and complete isolation. Certainly, the craft beer industry has seen its share of mental health issues, including brewers taking their own lives.

As some of y’all may have seen, the Denver beer community lost an incredible human recently to suicide.

Posted by PorchDrinking.com on Sunday, November 29, 2020

Indeed, the collaboration beer is not about gaining money for struggling breweries; it’s about mental health awareness. It’s about open communication. It’s about sitting down with a friend over a beer — containing alcohol or not — and chatting about depression, anxiety, health anxiety, and much more. Hopefully, this beer is the first step in removing any obstacles that might prevent those conversations from taking place. Let’s hope that “The Things We Don’t Say IPA,” help us all say things we have always wanted to say. If your brewery would like to participate, see the website for details.

(MORE: Mental Health Is Not a Competition | A Conversation With Hope for the Day) 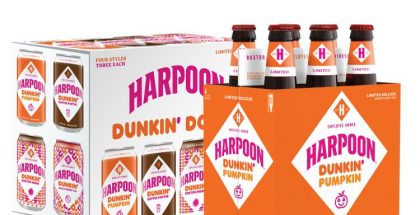