Pumpkin beers have been around a heck of a lot longer than the modern craft beer movement. This isn’t a flash-in-the-pan seasonal; this is a unique style with a fun history. In fact, a story from Serious Eats notes that the first utterance of using pumpkin for general sustenance – and in a variety of different forms, both solid and liquid – came from a famous New England folk-song created in 1643. The lyric goes like this:

“Instead of pottage and puddings and custard and pies, our pumpkins and parsnips are common supplies; we have pumpkin at morning and pumpkin at noon, if it was not for pumpkins we should be undone.”

Working on a story on the history and current reality of pumpkin beers for @PorchDrinkingCO. TIL that the first formal recipe for pumpkin beer was created in 1771. #Craftbeer pic.twitter.com/KkCpURVgJ0

Back then, pumpkins were readily available in America and a key source of nutrients for settlers on the East Coast. Serious Eats says the meat from the pumpkin even replaced malt entirely during the creation of the first pumpkin “beers”. The formal recipe for Pumpkin Ale was created by English colonists who moved to America in 1771, who then brought the recipe back to England only after pumpkins were introduced in that country. According to Beer and Brewing, the ale was more like a thick wine due to the pulpiness of the pumpkin meat used in the brewing process. The popularity of this specific Pumpkin beer/wine continued into the 1800s but quickly died off as other, more malt-forward beer styles took hold. It instead became more of a flavoring agent to spice up drinks.

The standalone pumpkin beer was revived by Buffalo Bill’s Brewery, who claim they created “America’s Original” Pumpkin Ale in 1986. This ale is closer to what drinkers can expect today, with more spice and pumpkin pie flavor added to amp up the drinking experience. Buffalo Bill’s Pumpkin Ale was the first new-age pumpkin beer distributed and seemed to have a firm grasp of the niche market thanks to the labeling rights Buffalo Bill’s had secured for the Pumpkin Ale. That all changed following an arbitration hearing in 1997, which led to the loss of the naming rights and led to MillerCoors quickly entering the fray that year with Blue Moon Pumpkin Ale, which became the first pumpkin ale distributed on a national level.

Today, the market for pumpkin-flavored products and beers has never been hotter. The Hustle reports that Nielsen recently valued the pumpkin-flavored product market in the US at roughly $500M, with that number surely increasing recently due to added innovation and continued consumer attention. The Brewers Association estimates 1 in every 7 craft beer purchases in the Fall is a pumpkin beer or a related fall seasonal.

So, where do we go from here? Today’s Fall seasonal market is stacked with a variety of tasty and inventive pumpkin ales, from nitro-induced offerings from Chicago’s Off Color Brewing to boozy classics like Southern Tier’s Pumking. There are also pumpkin-pie inspired wheat ales, pumpkin-spiced lagers and “atomic” pumpkin beers filled with habanero chili peppers. Dogfish Head is going one step further this year with glow-in-the-dark packaging to amp up their seasonal favorite Punkin Ale even more.

No, @OffcolorBrewing didn't magically start making hazy IPAs. This is their Nitro Pumpkin Beer for Cafes…and it's delicious. pic.twitter.com/rYATDvQOI9

Regardless of where you fall on the craft beer spectrum, everyone should have an appreciation for the unique origin of the pumpkin beer. It’s not a flash in the pan and it typically won’t draw the hype of a Triple IPA, it’s just a solid beer meant to be enjoyed with a sweatshirt on, sitting next to the open bonfire, as the squirrels get fat. Now excuse me as I head to the beer fridge. Cheers! 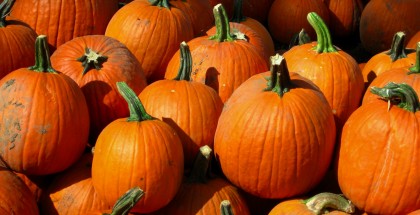 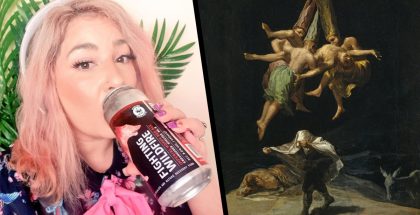