“Obviously there are golf themes to this beer, and as the name implies, many people at our brewery are fans of the game, but none of us are very good,” said Cameron Compton, the head brewer at Midwest Coast Brewing. “We thought about what types of beer we’d want to take on the course with us. Typically, a golf outing amongst those of us who live life well above par involves at least a couple cold ones to get through the round. It’s gotta be light, easy drinking, not too extreme on the flavor profile where you don’t want more than one. (That) sounds like a cream ale fits the bill nicely.”

The West Town brewery is known for its classic style beers like its English Pale Ale and American Brown Ale so adding a cream ale was a natural addition, and it impressed PorchDrinking.com Midwest Editor, Mike Zoller.

The new cream ale from @MWCBrewing is excellent. But if you’ve been paying attention to this brewery that wouldn’t be surprising. pic.twitter.com/qrpkUZdJrk

“We pride ourselves on being a classic style-focused brewery,” he said. “Our English pale ale (English Sporting Beer) and American brown ale (West Town Brown) are two of our best known beers in the market, so we thought we’d take a stab at another American style that’s as classic as they come, but doesn’t get the love we think it deserves.”

Three from the Tee is balanced, refreshing, and flavorful. It’s the kind of brew craft beer fans will love and old-time beer drinkers who stubbornly stick to macrobrews will enjoy too.

“Before we brewed it, one of our sales managers was pushing hard for a cream ale that would sell well amongst his fellow suburban dads,” Compton said. “Now that it’s out in the market and doing quite well, he loves making sure we all know where it stands on top of the best seller list for a given week.”

Cream ales like Genesee have been popular for years, but it’s having its moment in the craft beer world too.

“I would describe cream ales as the polar opposite of whatever is trendy in the craft beer world,” Compton said. “Fruit, sours, milkshake IPAs, all of those are more on the extreme end of the flavor spectrum. Cream ales, however (they’re) just beer-flavored-beer.”

Compton said he wasn’t trying to reinvent the wheel when making Three from the Tee. He used pilsner malt, corn and a few other things in small quantities for the grain bill. Most of the IBUs come from a 60-minute addition of high alpha acid American hops with some Willamette toward the end to give it a slight hop flavor. He kept the profile of the beer clean with some neutral American yeast fermented on the cooler side.

Three from the Tee will be a seasonal offering this spring and summer. It’s available at the taproom and in local stores.

Even if golf isn’t your thing, this beer will make even just riding in the golf cart more enjoyable. 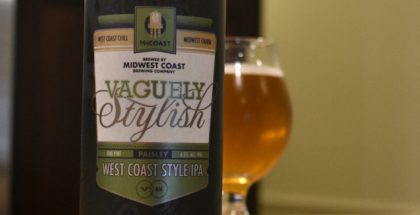 Dovetail Brewery Celebrates One Year of Business Plus Other News... July 25, 2017 | Taylor Laabs 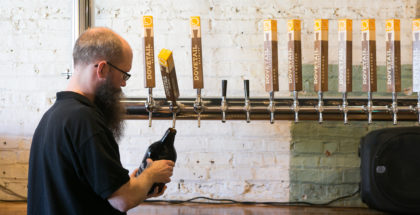 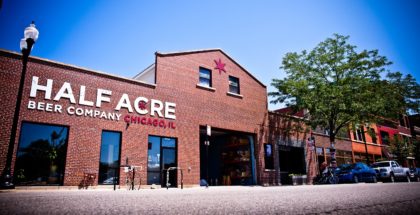