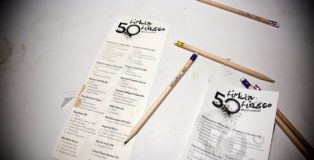 Of all the events going on during the Great American Beer Festival, there are only a handful that truly showcase something unique, distinct, and rare. Such is the case with tonight’s Epic Brewing 50 Firkin Fiasco which celebrates the greatness of one-off single barrel firkins.

END_OF_DOCUMENT_TOKEN_TO_BE_REPLACED 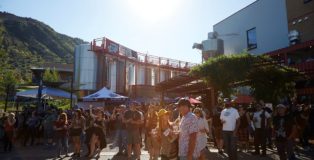 When I turned 21, I spent the night drinking way too much blue-ribbon winning beer while slightly intoxicated coeds did their best Carrie Underwood karaoke. It was just about as much of a mess as it sounds. This year, Ska Brewing turned 21, and they decided to celebrate with some gold-medal winning beer and some legendary punk and ska bands. It was just about as amazing as it sounds.
END_OF_DOCUMENT_TOKEN_TO_BE_REPLACED 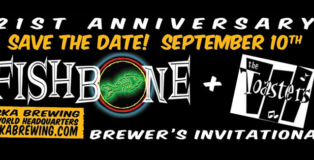 For the seventh straight year, Durango-based Ska Brewing is celebrating their anniversary by inviting some of their closest brewery friends and collaborators, as well as a couple of their favorite bands, to throw a big anniversary party.
END_OF_DOCUMENT_TOKEN_TO_BE_REPLACED 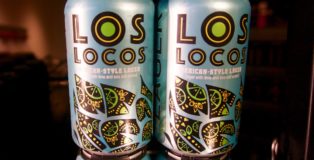 From the first sip of a Los Locos, the Mexican-style Lager from Epic Brewing, you know you are in for something special.The all-too-familiar aroma of lime and salt is the first thing you notice. The tart lime flavor is definitely present, but never overwhelming, and the hint of sea salt seems to cut any lingering sweetness that may be present making Los Locos a crisp and refreshing beer. END_OF_DOCUMENT_TOKEN_TO_BE_REPLACED 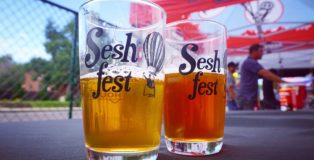 Session beers and day drinking: it’s a match made in heaven. Modern sessions are light, refreshing and usually less than 5% ABV, which means they are perfectly suited to consume in your bro tank, playing yard games with a group of friends. Setting up a day drinking beer festival focused on Colorado’s best session beers is one of the reasons that Sesh Fest is becoming one of the better and more fun beer festivals in Colorado. The other reasons the 2016 rendition of Sesh Fest was such a success include a killer list of participating craft breweries with a laid back atmosphere and plenty of Colorado sunshine! END_OF_DOCUMENT_TOKEN_TO_BE_REPLACED