This week was chock full of event announcements, new beer releases, and breweries giving back to the community. Hmm, am I forgetting anything? Only the grand opening of Stone’s location in Berlin, and a legendary collaboration brew that took place there! Ladies, gentlemen and children of all ages (but preferably over 21), this is The Weekly Buzz!

Love those briny treats from the sea? You can pair them with some craft brews at this event!

Look out Germany! The Americans are invading… with craft beer!

This week we were proud to host some of our #craftbeer friends at the Grand Opening of @StoneBistro – @StoneBerlin! pic.twitter.com/WE7dCjo4ta

Remember all those peaches? Well, we got a few local nectarines too. Pennsylvania wild ales, anyone? #SplinterSeries pic.twitter.com/ilw8o9NTJw

We’d probably be more excited if they were full of beer, but a brewery expansion is pretty great, too!

Check out the size of that new tank! Keep an eye out for them as they head to Bend from Longview, WA this weekend. pic.twitter.com/bgOw6LrDhX

Who wants to carpool to Michigan to snag some? 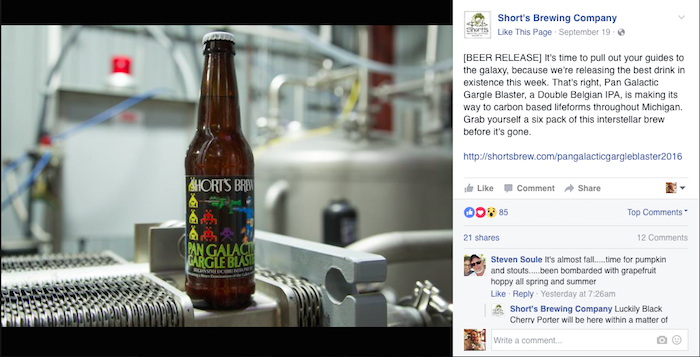 Have we mentioned how much we LOVE to see craft brewers giving back?

How many of you fanny-pack-wearing tourists plan on making the trip this year?

#DYK: #Oktoberfest in #Munich is the largest festival in the world w/over 6 million attendees each year! pic.twitter.com/RNnjwzJRkO

Our team is in Yakima Valley this week for the hop harvest – & we're taking you along for the ride! Stay tuned… pic.twitter.com/Gm46yIMvhU

Another big event coming up. Are you going?

Another brewery doing charity work? We’re starting to get the feels!

Thanks to all your beer drinking on Saturday we raised $2,600 for @CircleofHopeTR Feel free to add it to the résumé. pic.twitter.com/OqlsvYnjI2

Do you lay beer down for a special occasion, or drink it right away?

I Don’t Save Beer !https://t.co/EztvSEioAV

This is one of the darkest chain letters I’ve ever seen… Spine tingling to say the least!

That’s the face of someone who is STOKED to have been elected!

Another brewery is at the hop farm for harvest. Who doesn’t love this time of year?

Another great event coming up! Get those tickets!

What got these craft beer legends under one roof?

…They brewed up something really special at Stone Brewing in Berlin!

#Happyhour in Berlin! A batch of 'Royal Imperial' Saison du BUFF in the tank. Thx, team @StoneBerlin for a great day pic.twitter.com/99KifnTJvP

Another brewery lending a helping hand? Where are the kleenex? I’m getting misty over here…

I’m sure the pumpkin spice latte crowd is already lining up! 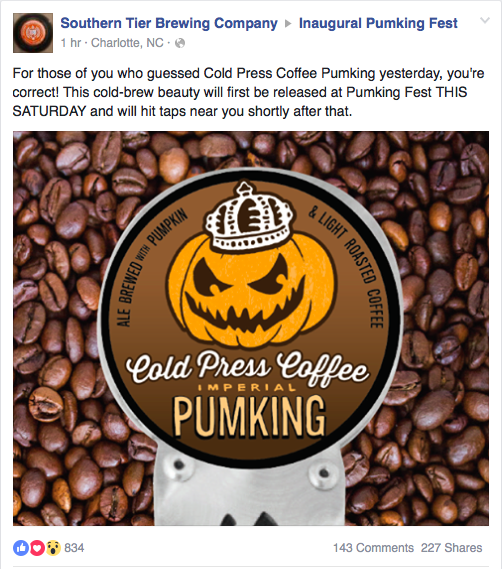 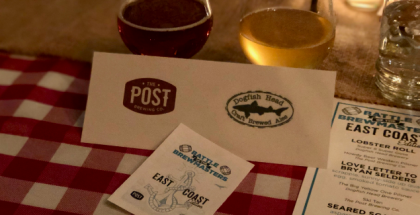