As our own writers have demonstrated, pumpkin beers can be a divisive topic. But despite the controversy attached to this particular category of beer, West Seattle’s beloved beer bar and bottle shop The Beer Junction has devoted an entire week to celebrating this type of beverage with an event titled Pumpkin Junction 2016. This event features 30 taps devoted solely to pumpkin beers and ciders for eight straight days (Oct. 15-23). I attended the Pumpkin Junction on opening day and chose Cloudburst Brewing’s Remember the Maine Smoked Pumpkin Porter as my inaugural pumpkin beer for the season. The Beer Junction’s promise of pumpkin did not disappoint.

Cloudburst’s Remember the Maine pours a deep, dark brown that lets you know they take the ‘smoked porter’ label seriously. The head is a gorgeous, creamy tan that’s thick and smooth, with fine bubbles that glitter as you sip. The nose is bready with a distinct cinnamon presence that’s felt throughout the entire glass. The body is on the lighter side for a porter, but the mouthfeel is slightly chewy and, combined with the cinnamon notes, brings to mind the pleasant taste of a hearty pumpkin bread or scone.

What’s most unique about this pumpkin porter, however, is how delicately the competing flavors combine. At no point is the beer too smoky, or too pumpkin-heavy, or too spiced; the mildness of the overall experience is what makes the beer so pleasing. It’s like eating a slice of pumpkin pie from your favorite bakery compared to pumpkin pie made from canned pumpkin – one is balanced, complex, and delicious, while the other is so pumpkin-laden it’s almost goopy. Similarly, Remember the Maine manages to avoid the trap into which many pumpkin porters fall – it doesn’t need a glut of spices or smoky flavors to balance out the overwhelming pumpkin presence, because the pumpkin presence isn’t overwhelming in the first place. The beer does have notes of pumpkin as well as nutmeg and cloves that give it a fairly sweet initial taste, but these are quickly balanced by flavors of molasses and smoked wood chips to round out the sip. Like a good pumpkin pie, cinnamon owns the finish and gives the beer a flavorful boost at the end of the drink.

This is a debate-winning beer. Thanks to Cloudburst Brewing’s Remember the Maine Smoked Pumpkin Porter, I’ll sit squarely on the pro-pumpkin side of the beer debate for years to come. 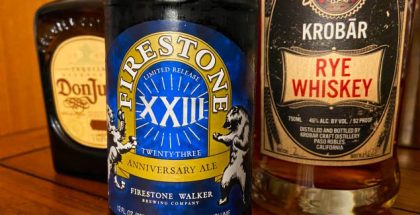