Let’s talk about a beer that any bunny can appreciate — Hugh Hefeweizen, from Rhinegeist. Hugh likes the finer things in life: Silk lederhosen, pretty junge Fraus, and sitting by the pool in a palatial Bavarian castle — where else would you find a noble hop? One sip of Hugh Hefeweizen and beer drinkers will immediately realize what Hugh is all about — pleasure.

Leave it to Rhinegeist to mix humor and fun with classical German brewing — they do reside on Cincinnati’s Over the Rhine district, after all. Rhinegeist is no stranger to any brewing or cidering style, but Rhinegeist refrains from thinking so far outside the box that it’s innovative just for the sake of being different. Instead, Rhinegeist prepares familiar beer for its thirsty fans, brews them exceptionally well and then adds a few subtle nuances in order to put the Rhinegeist stamp on it.

For those unfamiliar with Hefeweizen, it is a style of beer that’s been around since the Crusades. The brewing style is one of the four main types of Weissbier (white beer) that utilizes barley and wheat, which results in a lighter appearance. It’s usually cloudy, as it is unfiltered. Meanwhile, the yeast (“Hefe” means yeast and “Weizen” means wheat) used in the process of brewing offers drinkers a noticeable banana and clove flavor and aroma. Often, Hefeweizens in the U.S. are tweaked in order to accommodate American tastes, but not this one. A sip of Hugh Hefeweizen will inspire one to prepare a Bavarian Frühschoppen with weisswurst, pretzels, and plenty of sweet mustard.

Nevertheless, while traditional, there’s nothing standard or boring about the Rhinegeist version. It has a “pop” to it that makes one want to go back for another sip…and another…and, well, it’s going to be gone fast. It’s as easy-drinking as a pils, but offers a medium body and softer carbonation. Meanwhile, the banana and clove are strong on the nose and at first sip, but it gives way to a distinct maltiness and finishes dry. In the end, it’s traditional, but there’s a level of complexity to Hugh Hefeweizen that a beer drinker can really appreciate.

Do yourself a favor, though. Pour this beer in a proper glass. Hugh isn’t big about remaining in its formal wear. Let Hugh enjoy the freedom of Weizenbier glass. 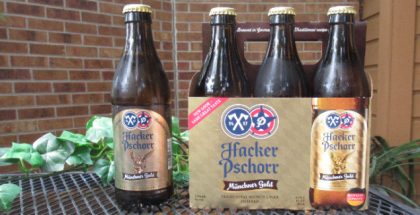 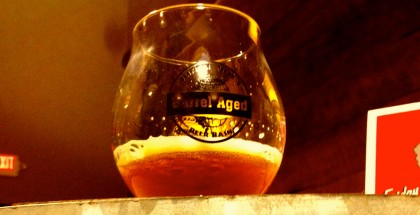 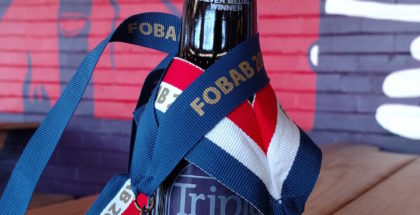