The delicious foods of Thanksgiving are behind us, and the darkness of Christmas shopping has enveloped us all. This week started out with three shopping holidays: Black Friday, Small Business Saturday, and Cyber Monday. What should I get my dad for Christmas? Does he already have a belt sander? I’m going to turn on my shower, curl up in the fetal position and wait for this all to blow over. You? You can pass your time with the beer news and shenanigans inside this edition of The Weekly Buzz.

Did you support your local brewery on Small Business Saturday?

Where’s my lab coat? SOMEBODY FIND MY LAB COAT!

In the name of science pic.twitter.com/NiPscQDD4W

He seems pretty satisfied with that beer.

#TwoHearted bringing two hearts together: A belated congrats to Ashley & Andrew on their engagement! Thank you for sharing. Cheers! pic.twitter.com/hwd0oZnPQ5

Here’s a little education for all the aspiring craft brewers out there.

Hope this replaces the Hershey Kisses in my stocking.

Double education for you this week!

This looks like the cover art of a fantasy novel…

How do you enjoy the end of your work day?

But it was such a good coma!

Still recovering from our tryptophan-induced food coma and fighting a serious case of the Mondays… #HurtinForABurton pic.twitter.com/fKgWq78L9f

Mars (DIPA), Hell Hath No Fury and so many more to return in 2017. A new bottled beer will also debut! Details: https://t.co/wVzj6LV6ft pic.twitter.com/DeRWE5rrEm

This seems like the perfect place to enjoy a snow storm.

Coming soon to the Tastin’ Room in Pottstown: a heated year-round pavilion! pic.twitter.com/twJ2cVFA7b

Water a tree, get a beer. This is environmentalism that I can get behind.

Well, I guess I’m quitting my job so I can go get some of this…

It's that time of the year; when we build a Christmas tree out of cases of #AnchorChristmasAle in the brewhouse! ??⚓️ pic.twitter.com/xPc72gC5GI

Break out your monocles and top hats, St. Louis! This could be the grandest of all openings!

All lined up & ready to go. See you tomorrow for the first of three nights in our grand opening celebration. #gezelligstl #astoutaffair pic.twitter.com/waXBCAyi2c

That’s a lot of barrels… Get your tickets now!

Join us for our Fourth Anniversary Celebration in San Marcos Saturday December 17th. Barrel-aged beers and Sours. Link in bio for tickets! pic.twitter.com/1abAloNC4P

For the nitro lovers in the house… 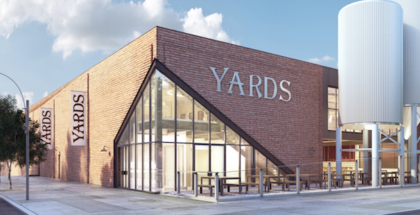