Californians, we have good news. No — great news. Hold onto your hats, because Fremont Brewing has announced that their brews are now being distributed throughout Southern California.

For those that don’t know, Fremont Brewing was founded in 2009 by Matt Lincecum and Sara Nelson in Seattle, Washington. They’ve snatched countless awards in their seven-and-some-change years of operating, and for good reason. Their brews – whether they be satisfactory flagships, rich barrel-aged stouts, or tart raspberry golden ales – are all worthy of praise and acclaim.

Those brews, paired with Fremont’s passion for quality, innovation, social responsibility and creativity, have caused growth to be swift and (at least seemingly) effortless. Fremont is now the third largest independently-owned craft brewery in Washington and is distributed throughout the state, along with Idaho, Oregon, and the Denver metropolitan region.

And now, of course, California.

The distribution is thanks to Fremont’s partnership with Stone Distribution – and it’s safe to say that both parties are (understandably) elated.

“We are thrilled to launch an amazing craft brewery alongside our exclusive Stone Distributing portfolio in Southern California,” said Brian Dewey, Senior Director of Sales at Stone Distributing. “Their award winning beers and sustainable approach to market is such a complement to our current supplier partners and we hope Southern California is as excited as we are to offer their beers to the craft fan base here.”

“Fremont has waited 7 years to begin our relationship with Southern California and we wouldn’t choose any other partner than Stone Distributing for this adventure because they share our unyielding dedication to quality, creativity, and world-class beers,” said Lincecum. “We’re excited to introduce the Golden State to everything from our rotating IPA’s and seasonals to our award-winning bourbon barrel aged beers and mixed fermentation Black Heron Project …Because Beer Matters!”

The two parties will be celebrating the partnership with a launch party on March 7th at Glendale Tap. The event, which begins at 6 PM, will feature six Fremont brews – including their award-winning, barrel-aged Bourbon Abominable. Believe us when we say that you won’t want to miss that one. Seriously.

Other launch events will happen throughout next week – and details can be found here.

Cheers to Fremont Brewing on this incredible news. We’ll be breaking out one of our cellared Abominables over the weekend in your honor. 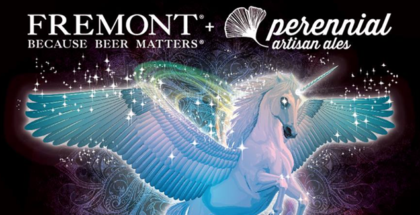