I know what you’re thinking, but no, I did not choose to write about Elysian’s Loser Pale Ale because it’s from Seattle and the Seahawks lost the Super Bowl and everyone is (still) talking about how Pete Carroll made the play call that lost it all… But now that you mention it, my choice of beer does allow me to draw some interesting comparisons between the Anheuser-Busch acquisition of Elysian Brewing and the Super Bowl.

The tagline for the Elysian Loser is, of course, “Corporate Beer Still Sucks.” With their infamous Budweiser Super Bowl commercial, Anheuser-Busch InBev showed a distinct lack of class when they aired an us-against-them advertisement that criticized craft beer just two weeks after announcing their acquisition of Elysian Brewing. This disregard and disrespect for the other, absolutely critical part of the beer industry – the craft breweries with their colorful personalities and their devoted, local followers – demonstrated to beer enthusiasts and the general public AB’s willingness to focus on the wrong aspects of a culture that is known to be collaborative and accessible in order to further their own interests.

A few days later, after seeing dozens of articles about the Patriots’ antics at their Super Bowl parade on Wednesday, I was reminded of AB’s antics in their Super Bowl ad. Just days after the Patriots narrowly avoided defeat by worthy opponents, they were doing classy things like this and this. And also this. (Seriously?! You’re at your own Super Bowl parade and you’re whining about an outdated Sports Illustrated cover?) The way that AB and the Patriots each responded to their respective achievements were good reminders that some organizations simply don’t understand when to celebrate the good instead of fixating on the bad, and as a consumer I think it behooves us to consider the motivations of the organizations that we choose to support with our time and our money.

So, with that rant finished, I would like to spend the rest of the article “fussing” about a beer that was brewed to be “dissected,” the Loser Pale Ale.

The Loser pours a frothy, cream-colored head that stays throughout the entire drink and leaves a thick lacing on the glass. The color is a beautiful, deep marmalade that matches the smooth, medium-light mouthfeel. Most surprising to me was the nose, which is very mild for a pale ale brewed in the Pacific Northwest. Though it has some malts and a light greenness, there’s very little evidence of hops at all in the initial aromas. The hops do come through in the flavor, however. Citrus and dried apricot flavors are followed by a crisp finish and a bitter aftertaste, resulting in a very tasty, drinkable brew.

So thank you, Elysian, for the Loser Pale Ale and for all you have done to make an impact on craft beer across the industry. Cheers to all the losers who think corporate beer still sucks!

Welcome to the InterNEAT! Volume 76 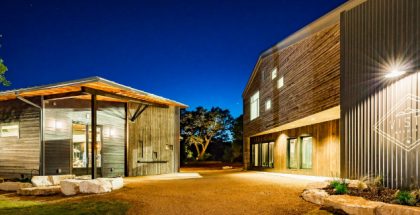