The Noon Whistle Brewing story resembles one enjoyed by innumerable craft breweries, especially in Chicago. The brewery first sought to create a niche within the booming craft beer market by becoming Chicago’s premier session-beer location. But, now in its third year, abundant success has forced the Noon Whistle Brewing crew to adapt its vision, both to accommodate its growing business, and also satisfy a desire to brew a variety of great beer. Noon Whistle has transitioned from audience-seeker to a trusted name brand.

The session idea for Noon Whistle Brewing drew on the personal experiences enjoyed by Siebel graduate, co-owner and brewmaster Paul Kreiner, whose family routinely traveled to Marquette, Wisconsin where the town’s noon whistle indicated people to take a break, and maybe even have a beer (usually the low ABV variety).

And you know what? It worked.

But, an idea only gets people in the door. The idea was good. The beer was better. And it inspired conversation. You know the drill. You’ve heard it at every taproom and at every fest.

Good word-of-mouth meant more people arriving because of the Noon Whistle name rather than its original, unique idea. Indeed, PorchDrinking.com friends at Chicago’s HopReview held a 64-brewery “March Madness” for Chicago and its suburban breweries and Noon Whistle took home the crown!

With all that success, one might wonder if Noon Whistle has strayed from its original vision. Of course not! Breweries mature, but you can still get a Sierra Nevada Pale Ale, New Belgium Fat Tire and Noon Whistle session beers. But, it just so happens one can indulge in Narwhal, Voodoo Ranger and Noon Whistle’s Bob Ross Did It Wee Heavy Scotch Ale which clocks in at 10.2% ABV.

Like any maturing business, one must consider two things:  what would be cool to brew and what do the customers want? If one doesn’t consider door #2, one may never re-open door #1.

So, how do you do that? Mike Condon, Noon Whistle Brewing co-owner explained:

“Wow, I feel like there should be a cool answer to this [laughter]. Well, first we obviously started with sessions and we still like to do that. When we planned a menu, that session idea guided us. We had plenty of varieties, and then we even did things like seasonal saisons, but that’s a lot like sours — not everyone likes it, or gets it, outside of real beer geeks.

But now that we have built a foundation, we have to think more about our customers. No matter what, though, we have always said, regardless of what we brew, let’s make sure it’s top-quality and consistent. It’s okay if someone doesn’t like it, but I never want to hear it was made poorly.

So, no matter what we do, we make sure it’s something we like and stand behind. But, sure, now as we grow, we think about things with more broad appeal, such as IPAs, which we will have more this year than ever. We already do our series of NE IPAs. It’s trendy, sure, but we also really love them. So, again, it’s more like a guide — guided by our session idea, guided by what customers like, and then we take all that and come up with beers we really want to make. It’s more like inspiration than anything else, but it also make good business-sense, obviously.”

Beer geeks should not fret, though. The sour beers produced by Noon Whistle are some of the best around, in the humble opinion of this writer. Condon further explained…

“We love sours. Education is a big deal with sours, though. We even had one guy come in here and complain that our beer had gone bad. I tried to explain to him about sour, but he wanted none of it (laugh). But, it’s definitely getting more popular and more people want to try it. One of the things we enjoy is watching a person taste his or her first sour. That’s the reason for our Smack Series — it’s named after that initial reaction, that face-smack you get from enjoying a sour. I love that.”

Noon Whistle offers plenty of “series” beers, such as the Sour Smack series (sours), the Gummy series (NE IPAs), the sessions and the Hop Prism series (IPAs). It’s that type of naming system that captures the true Noon Whistle philosophy — approachability. Yeah, I know, that term is thrown about in the craft beer world more than dough in a pizza kitchen. But with session beers, easy naming conventions and incredibly friendly service, anyone can walk into Noon Whistle and feel comfortable. Its resounding success speaks to its quality.

And, they don’t mind having fun, too. Enjoy the following clip, and if you find yourself in Northern Illinois, check out Noon Whistle. C’mon, everyone’s doing it. 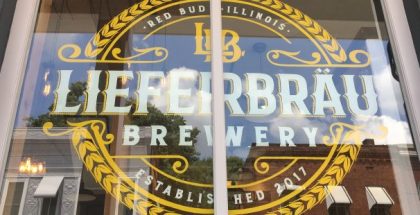 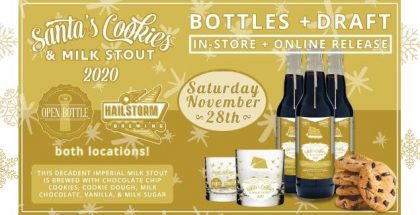