Earlier this month Headquarters Beercade hosted its fourth annual Firkin Fest. 40 different breweries brought firkins of some of their well-known beer, giving those in attendance a chance to try a unique twist on the beer they’ve come to know.

So what is a firkin? It’s beer that is unfiltered and unpasteurized. The firkin itself doesn’t use a CO2 or additional nitrogen to dispense the beer so you get a more natural beer. Firkins are typically all small-batch so brewers can take the opportunity to add funky ingredients and take chances on the beer that they typically wouldn’t.

Usually at a beer festival you’ll see a couple of breweries bring a firkin to add some uniqueness to their offerings, however, at Firkin Fest, everything is in a firkin. A lot of well-known breweries were in attendance during Firkin Fest this year and there were some great beers to try.

In addition to the beer, Headquarters has a great selection of vintage arcade games to play which added another layer of fun to the event. You don’t get too many chances to drink craft beer and play the Teenage Mutant Ninja Turtles arcade game.

Like any festival there were some great beers, some good ones and some ones that missed the mark by a little bit. Here were some of my favorites from Firkin Fest.

This firkin featured their standard Russian Imperial Stout and had coffee, cinnamon and habanero added to the beer. I’m always hesitant when brewers use habanero in their beers. I’ve had a lot of bad experiences with beer that burns from start to finish.

However, with Teddy Bear Kisses, the habanero was a great complement to the beer. The star was the cinnamon with the spice coming in late and providing an additional flavor profile. I tend to like stouts in firkins a bit more than other styles and this one is a great example of what you can do with the creativity and flexibility of a firkin.

Another stout, this one being an imperial stout, had maple syrup, coffee and bacon added. With firkins you can get crazy with ingredients. You have to be careful with how those ingredients blend together and ultimately affect the beer.

What was great about Dark Secret is that each ingredient had it’s time to be highlighted. You started off with a great coffee flavor which then gave way to the smokiness of the bacon, all the while, the sweetness of the syrup is in the background.

It was smooth, complex and delicious and I absolutely loved this firkin. Again, firkins are easy to do, but not easy to get right. Brickstone nailed this one.

While I prefer stouts in firkins, when done correctly, other types of beers can shine in this format. There were a wide variety of IPAs, ales and other styles being poured, but one of the best non-stout firkins for me was Summerly from Pollyanna.

I’ve had the standard beer before, it’s a raspberry fruit beer that’s light and refreshing and perfect for the warm weather. The firkin version featured that same raspberry beer but with the addition of cinnamon to it.

Cinnamon, like habanero, has to be used correctly to be successful in a beer. I don’t want to be drinking French toast… unless of course that’s what the brewer is going for. In this case, there was no French toast, but instead a great hint of cinnamon at the end that melded together perfectly with the raspberry.

Firkins are fun to try and if you’re ever at a beer festival and there’s a firkin that’s been tapped I highly recommend experiencing the beer. It’s unique and is called by some to be “real” beer. You’re only limited by the brewer’s imagination and creativity when it comes to what could be coming out of that spout. 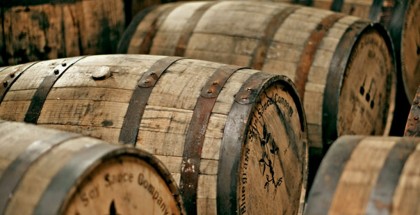