Another week has gone by, and I’ve spent too many hours on Twitter. I think it’s affecting my personality. I engaged a troll the other day, and I don’t even know why! Is there a 12-step program for  Social Media? I’m not saying that I have a problem, but, I mean, it’s pretty likely that I have a problem. Anyway… Here is some fun beer stuff that I found for you! Saddle up, dear readers! It’s time for The Weekly Buzz.

How did you celebrate Jason Voorhees’ birthday?

Drink a beer for a good cause!

We raise a glass to #MBCAwareness day. Help us #SaveTheBoobs and order a pint of Chainsaw or grab a 6-pack today! #ChainsawCheers pic.twitter.com/ep8X4Mxsx7

Got any Halloween plans?

These guys are crazy, and I love them.

Heading to a Vikings game?

Do you like your boss enough to offer a toast?

Want to celebrate your love of malt?

Are you ready to get EXTREME?

A breakdown of this year’s medal winners.

This Saturday 5-year Anniversary Party! Special tapping at 3 pm…10-oz pour FREE til a 6er is gone (one per person)! Live music! pic.twitter.com/vmpjj1rceG

Are you going to Darkness Day?

#DarknessDay merch tease: This Baba Yaga-starring tee will be among the exclusive items available on Saturday. pic.twitter.com/MmCItIb1sq

The @DropkickMurphys dropped by today for a tour and to give us a hand on the pilot system. Good news is brewing. Stay tuned. pic.twitter.com/XJA38CAigj

Do you use proper glassware?

Always use the right tool for the job.

Don’t they know that pumpkin beer season starts in July?

Ya’ll gonna make me lose my mind up in here, up in here!

This is what the QA process at Alaskan Brewing used to look like… #tbt #alaskanbeer #totally80s pic.twitter.com/cHom3QVTKl 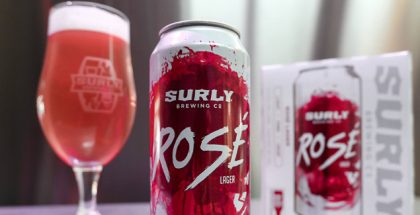