Yesterday Avery Brewing Company announced that it would be selling a minority stake, in the range of 30%, to family-owned Spanish brewing group, Mahou San Miguel. Recently celebrating their 24th anniversary, Avery Brewing has served as a pioneer in the art of barrel-aged and high gravity beers.

The news of yesterday’s partnership immediately drew a wide range of reactions and speculation from beer fanatics, so we decided to catch up with Adam Avery, who alongside his father Larry founded Avery in 1993.

PorchDrinking: Tell me what went into the decision to sell a minority stake in Avery, and why did you and your father ultimately decide to partner with Mahou San Miguel?

Adam Avery: “We’ve had interest in our company over the years and that interest accelerated 2-3 years ago. We never had any intention, but people kept coming and we took meetings. Ultimately we decided that if perfect partner were ever to come along and we should be ready for that.

Nine months ago Mahou approached us. We had great conversations and got to know each other and couple months ago they came back and said we’d like to partner with you guys. They happened to check all the boxes for what we were looking for in a partner in that they were interested in becoming a minority investor, they’re privately held and family-owned, they wanted to become a long-term investor, were able to provide strategic advantages, and that they are good people with shared values.”

How much of this decision was in response to the need to support or help fund your new $27 million facility, was this purely growth potential domestically and internationally?

“Certainly there are international opportunities that come with the deal, but my main focus was finding a partner that could bring some strategic advantages and help us in a long term play. We have a vision here, we’ve got six acres of land at this facility, the potential at this site is nearly half a million barrels, and we’ve only just produced 60,000 barrels this year. I’m a brewer at heart so I like spending my money on brewing toys. We haven’t spent enough money on that side of the business so this investment well help to support the brewing side and and also provide more resources to our sales and marketing departments. Growth is in the cards, I think we make great beer, we just need to tell our story better and get it out into the market.

Most of that chunk is going back into the business, reducing debt, helping our marketing goals, and we’ll be able to give a big bonus to our employees, everyone will share in our success.

We didn’t have to do the deal. When the opportunity comes to have a perfect partner you can’t pass it up. The future for our employees and brewery is more secure. And this gives us the opportunity to become the world class brewery we can be.”

Did conversations with Mike & Dave from Founders weigh into the decision, and can we expect any sort of collaboration down the line with the Founders team either in brewing a better together or through sharing resources?

“I’ve known those guys for a long time. I have a ton of respect for them and always loved their beers. Everything that came back from Mike & Dave was super positive about Mahou. We’re just as passionate at making beers as they are and we’ve got similar breweries. Both of us have established flagships as well as an extensive barrel-aging program. As for strategic advantages with Founders, is there a possibility? Certainly. However we haven’t gone down that road yet. We’re all brothers in the craft beer world which means there are always ways we can help each other on a larger scale. But we won’t begin discussing those scenarios until after the deal closes at the beginning of the new year.”

One of the big responses thus far has been why a 30% stake, why not intentionally stay below 25% to remain within the Brewers Association’s definition of an independent craft brewery?

“I don’t run my company based on how someone else defines me. The 30 percent was determined by how our partner wanted to invest. I didn’t really care about the 24% to stay “craft”. I still consider Avery as the poster child for a craft brewery, it’s just our trade org doesn’t identify that we fit their designation.”

Anything else you’d like to add about the partnership?

“I’m going to be spending money to make better beer. It’s always about making better beer every single day. We’re super appreciative of our fans. What I can promise everybody is we’ll try harder every single day more resources, focus on quality. We don’t rest on our laurels.” 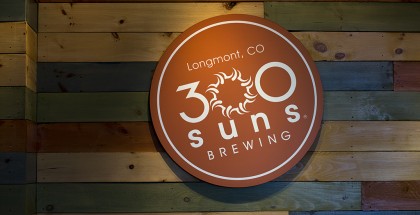