It’s Friday and we’re in love…with each other AAAAAND these sick tight new hats thanks to @trinitygraphics🧢 Stop by ASAP and come scoop, y’all know these won’t last long💋

With their widening distribution and can’t-miss logo, you’ve probably seen Green Bench beer on a tap list or shelf in your favorite establishment. You already know that it only scratches the surface when it comes to a brewery’s amazing liquid, and Green Bench has plenty more to share! Stop in for  Green Bench’s other selections, soak in the sunny rays in their beer garden, and step inside their newest establishment, Webb’s City Cellar, for your new favorite cider or mixed fermentation beer.

Did you know #DunedinFL is home to SEVEN independent #craftbeer breweries!? Beer connoisseurs love #brewery hopping here, especially since most are within walking distance of each other. 🍻 #NationalDrinkABeerDay

The limited hours are no more at this quaint downtown Dunedin brewery. The location puts it right in Dunedin’s sweet spot, and is within walking distance of most of Dunedin’s other breweries – just a block or two away! On top of that, they have some of the best German beers around, boasting true-to-style German brews, and a rockin’ beer garden – no, literally, they have tons of local musicians come and play. Enjoy a great beer, eat food in their beer garden, and listen to great live local music all in one place.

If you decide to come visit the great breweries of Tampa, you should have Brew Bus on your list. The “Brew Bus” name includes the Brew Bus Tours, Brew Bus Brewing, and Florida Avenue Brewing. The tour bus is awesome, and a great way to find out more about breweries in the Tampa Bay area. If you visit the brewery, make sure to come hungry because their in-house restaurant, The Eatery, has some of the best brewery food around.

We have power and the beer is flowing! Come out and get your weekend started. 💥 👏😎

It was named one of the 50 Fastest Growing Breweries for 2018 according to the Brewer’s Association and has one of the most delightfully diverse tap lists on the regular. They have two locations, the original in Dunedin and their expanded location in the Seminole Heights area of Tampa, which houses their barrel program, expanded brewing system, and extensive tap list.

If you’re looking for a beach beer experience, look no further than Mastry’s. They have a strong St. Petersburg presence and their fantastic beer has only solidified their presence further. They have accomplished brewers with the USFSP Brewing Arts Program and have beers that are some of the best in the area. Their location puts them in an ideal spot for all of your beach adventures.

It's a perfectly brisk, beautiful day out. Come enjoy some live music from Brad Yost (3PM) in the Beer Garden or catch all the Wildcard Playoff action inside on our projector/TVs with delicious craft beer & mouth-watering BBQ from Sonny's (12PM)! • 📷: @stephenfreeh

It’s not a far drive over the Sunshine Skyway Bridge and you surely won’t regret it. Enjoy their award-winning beers and relax in the beer garden, draped with lights and a large open area for backyard games. If you happen to stay late, catch some live music or a movie – there are plenty of happenings as you enjoy the Florida sunshine and brews! 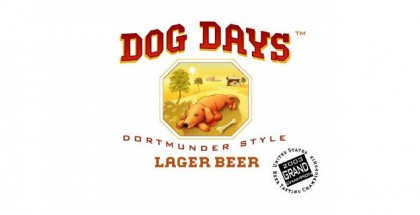