A trip down the beer aisle will often set your heart aflutter and provide a flash of inspiration, but a recent sighting of Stoudts Gearshifter IPA incited more of a sinking feeling. With the impending retirement of the legendary Carol Stoudt, this six-pack was less about joy or reverie and more about quiet reflection.

In an era in which every nearly IPA review includes the adjectives “hazy” or “juicy,” Gearshifter seems almost old fashioned. It wasn’t that long ago that every IPA tasted something like this one, but now a clear IPA seems like a throwback. The truth, however, is that sometimes a little nostalgia is exactly what you need.

Gearshifter pours a tranclucent orange color with an ample amount of white foam. A sniff reveals floral and fruity aromas—the product of dry hopping with Citra and Mosaic—with more subtle hints of pine. As this brew pours over your tongue, the addition of Columbus and Cascade hops added to the boil provide a spicy, citrusy flavor that fades to a piney dankness. A dry finish leaves your palate in anticipation of another sip.

At 6.8% ABV and 70 IBU, Gearshifter is slightly bigger than some may prefer for an everyday drinker, but there’s no need to rule it out altogether. This IPA pairs beautifully with a cast-iron seared burger, holding up to the char and Maillard reaction flavors of the beef. If the hops in Gearshifter are a little more intense than you’d normally like, a higher fat ground beef, such as an 80/20, will help calm those hoppy flavors and accentuate the beer’s aroma.

On February 3, 2020, Stoudts announced that their founder and brewmaster, Carol Stoudt, would be retiring, and that the brewery would begin winding down production effective immediately. As the first American woman since the end of Prohibition to become a brewmaster, Carol was and is a role model for all up-and-coming brewers. She supported and encouraged the new breweries that began springing up around her, and held Stoudts Microfests to provide networking opportunities for members of the region’s new craft beer community.

Of her retirement, Carol Stoudt said, “I did my part. Now it is up to the new generation to continue the tradition of innovation that defines craft beer.”

Hoist a beer to Carol Stoudt. Any quality craft beer will do, but if you find Gearshifter IPA on the shelves, it would be a fitting choice to toast Stoudt as she shifts her life into a new gear. She leaves big boots to fill in the Pennsylvania craft beer world, and she deserves a fruitful retirement.

On a recent can of Gearshifter, below the date code, the brewery printed, “33 YEARS THANKS.”

No, Carol Stoudt. Thank YOU. 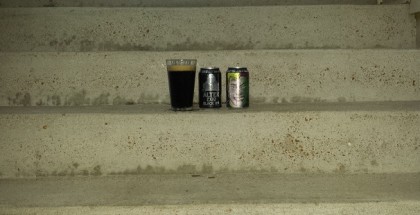