During these uncertain times, it is comforting to know that many breweries are still working on new flavors and beers to be consumed in the safety of one’s home. Energy City Brewing, located in the Chicagoland suburb of Batavia, Illinois, is reliable in its innovation of beer recipes and desire to release new brews to the public regularly. Relatively new to the brewery game, they received their official license on St. Patrick’s Day 2017, and brewed their first stout that same day. The stout in question actually began as an award-winning homebrew of co-founder David Files, who began homebrewing in 2005.

Wanting to turn his passion for brewing into something bigger, David and his partner Heidi Files began Energy City Brewing as a simple one-barrel brewery. Demand quickly outgrew the initial one-barrel system, so the brewery began brewing at Church Street Brewing in 2018, as their 30-barrel system allowed them to distribute to the greater Chicagoland area. As of 2020, Energy City also brews at Great Central Brewing in Chicago, as their equipment and 50-barrel system is the perfect spot to brew their IPAs.

After moving to a larger barrel system, they developed a strategy that allows them to tinker with recipes in small batches and to receive feedback from loyal customers prior to moving to a larger market. Using the one-barrel system at their Energy City location, David Files tests out his own newly created recipes. On the first weekend of every month, customers can purchase bottles of Files’ experimental beers and participate in live tastings (at the time of writing, live tastings are currently suspended due to COVID-19, but curbside pick up is still available). Based on feedback and what the Files enjoy, they will determine which beers will move on to the 30-barrel system for distribution once the recipe is perfected.

The goal of Energy City is to always brew beer that is sought after, and beer that makes for a unique experience. In their three years as a brewery, they have certainly achieved this, even winning “Best New Brewer” from RateBeer. David Files was ahead of the hazy IPA trend with Energy City’s flagship beer, Hop Nawi, and has continued the trend with other IPAs, including Hop Surf and Hop Flume. Additional successes include their Milkshake Raspberry, Milkshake Orangelicious, and their entire Bâtisserie series of pastry-inspired stouts. The brewery’s Bistro Series deserves special mention, and it’s a series that Energy City has seen great interest in. The Bistro Series gets its name from their quick souring process, much like you would receive food quickly at a bistro. Starting with a kettle sour, Files develops a recipe around what fruit purées he thinks will work together, and is able to workshop this with other Energy City employees.

Typically, when Files is working on recipes and a forthcoming schedule, he likes to release a pair of beers simultaneously that “make sense” together. When brewing the Bistro Series, the Bistro Smoothie Raspberry & Blueberry was paired against the Bistro Crumble Apricot & Peach. While similar, there are differences in color, taste, mouthfeel, and more. It’s this idea of pairing that makes the Bistro Series so successful, as it is a concept used for each individual beer as well; a raspberry fruit purée is rather tart, while a blueberry fruit purée is very sweet, leading to a delicious Berliner weisse that is neither too sweet nor too sour.

Though tastings and pick-up have been available on the first Saturday of every month, Energy City Brewing does not currently have a taproom. A taproom is in the works for the future, alongside many new beers and a larger distribution area, including surrounding states. Currently, you can find Energy City Brewing in the Chicagoland area, and they also work with online distributors such as Tavour. You can also check out the “Find Our Beer” section of their website here.

Ultimately, if you’re purchasing beer somewhere and see an Energy City Brewing can available, do yourself a favor and grab it. Any brewery that can make a beer taste like blueberry pancakes is doing something right. 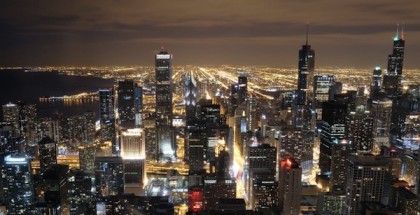 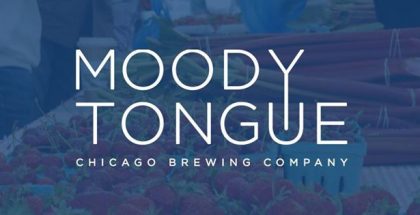 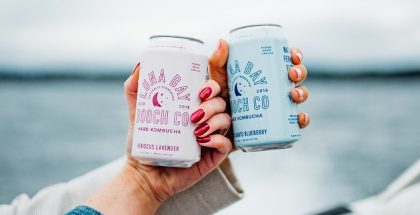