With the ingenuity of brewers these days, there are constantly new styles or hybrid variations of current styles that a consistently hitting the market. While a lot of these new-age beers have garnered a lot of worthy hype and praise, beer drinkers across the country can also still enjoy all the classics that originated hundreds of years ago in various European nations.

One brewery in the Philadelphia region that makes sure to not only brew these types of beers but proudly showcase them is Workhorse Brewing Company. Within their taprooms, you will find traditional lagers and malt-forward ales a staple among their draft list. One of them being their robust, full-bodied Baltic Porter.

What is a Baltic Porter?

Like we mentioned, the craft beer industry is a unique blend of tradition and innovation. With constant use of new techniques and ingredients being experimented with, brewers all over deliver one-of-a-kind beers. On the other side of the table, breweries also stick to conventional recipes and methods when making other brews. It’s like a holiday meal where you might try some new recipes for the side dishes, but you always make sure to stick to grandma’s recipe for the pie and never deviate from it. And why? Because as the saying goes, you don’t need to fix what isn’t broken.

One of the styles put together in that same vein as your family’s secret pie recipe is the Baltic porter. Originated hundreds of years ago, Baltic porters continue to be brewed and found in taprooms and bars all throughout the country. Albeit, mostly more sparsely than your standard porter.

This particular style originally got its fanfare in countries that surrounded the Baltic sea. Communities in this region preferred this type of porter, with its richer flavors and higher ABV, compared to the normal porters that were originally introduced through trade from Britain. With the harsh winters experienced within these regions, that extra strength and robust flavor was obviously a welcoming addition.

Why not just call it a porter though? Baltic porters differ from beers categorized as a standard porter in a few ways. Most notable, Baltic porters tend to use a lager or cold-fermented ale yeast. This lends to a more clean, smooth roasted taste with reduced fruity esters. This makes it a style typical of what would be enjoyed in a doppelbock or schwarzbier. Along with that, these beers bring bold malt flavor to the forefront and higher ABV, given them similar characteristics to imperial stouts.

Although located thousands of miles from the Baltic sea, Workhorse Brewing Company makes their Baltic Porter just like those who created the style all those years ago.

Their malt bill uses both English and German specialty grains that gives this beer the combine flavors of traditional porters along with the malt-driven lagers they excel at making. Tasted through each sip, one notices sweet toffee and malty flavors with a toasty profile that lends to intense cocoa and bitter dark-roasted coffee flavors. The carbonation is light too, which provides a smooth body to this beer. 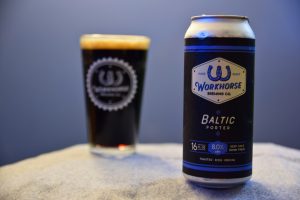 Workhorse Brewing Baltic Porter clocks in at 8% ABV too. This results in a full-bodied, sturdy beer to have with dinner or to end your night with sitting by the fire pit. Yet, this doesn’t make it overly rich. That is due to its long, lager fermentation, which results in a beer that comes out clean tasting and smooth.

Simply put, Workhorse lets the flavors of the malts shine and doesn’t cloud this beer with too many clashing ingredients. As we near the end of our thaw from the colder season and start to enjoy warmer, longer days, toast one more beer to old man winter with Workhorse Brewing Baltic Porter. 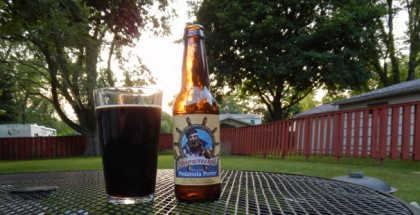 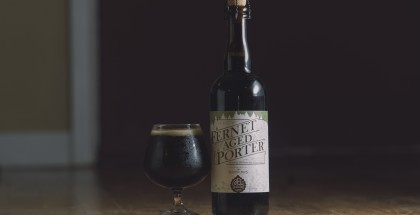 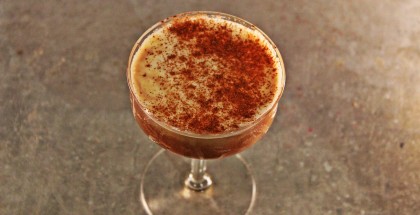 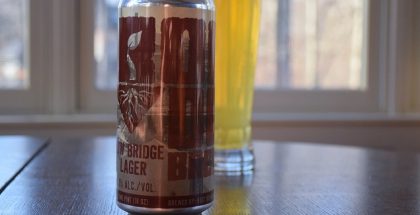