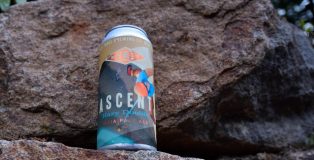 New Trail Brewing Company may be relatively new to the game, but they have created a strong portfolio that is already making waves throughout Pennsylvania. While they brew a range of styles, they continue to develop some fantastic IPAs. One of their newest creations being the big, bold and juicy Ascent Hazy Double IPA. END_OF_DOCUMENT_TOKEN_TO_BE_REPLACED 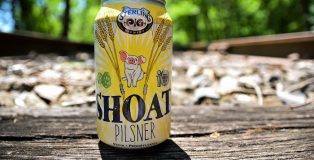 It is always easy just to follow in the footsteps of a path instead of creating your own. In all aspects of life this rings true. To discover new flavors and possibilities though in the world of craft beer, brewers must challenge the status quo. While others continue to just zig, Sterling Pig Brewery thought why not zag?  END_OF_DOCUMENT_TOKEN_TO_BE_REPLACED 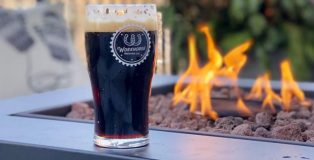 With the ingenuity of brewers these days, there are constantly new styles or hybrid variations of current styles that a consistently hitting the market. While a lot of these new-age beers have garnered a lot of worthy hype and praise, beer drinkers across the country can also still enjoy all the classics that originated hundreds of years ago in various European nations. END_OF_DOCUMENT_TOKEN_TO_BE_REPLACED 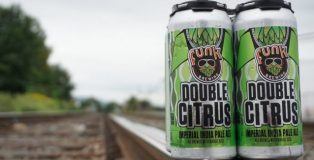 A while back we featured their Citrus IPA but once a year they up the ante and brew Double Citrus: a bigger, stronger version of their year-round IPA. END_OF_DOCUMENT_TOKEN_TO_BE_REPLACED 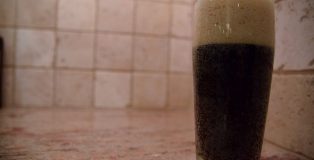 Walk into any taproom and you’ll have a high chance of finding an IPA, Stout, Pale Ale, or another style with which you have grown familiar. While East Branch Brewing Company usually has some of these popular offerings on their draft list, they also mix in other, lesser known but just as tasty options. The perfect example is the East Branch Schwarz. END_OF_DOCUMENT_TOKEN_TO_BE_REPLACED 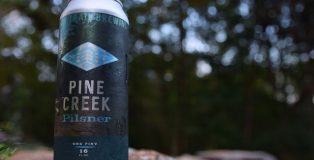 It’s easy when you come across a brewery that has built a strong reputation for brewing a certain style of beer to continue trying their latest offerings. New Trail Brewing Company, out of Williamsport, Pennsylvania, has put together a strong … END_OF_DOCUMENT_TOKEN_TO_BE_REPLACED 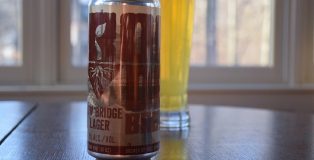 Let me be clear: There is nothing fancy about this beer. No foraged fruit from the wooded land out back; no rare yeast secretly used; no pungent ingredients to overpower the palate. Plain and simple, the clean and crisp Low Bridge Lager is a delicious combination of the four essential elements of beer that Root Down Brewing Company let shine in this brew. END_OF_DOCUMENT_TOKEN_TO_BE_REPLACED 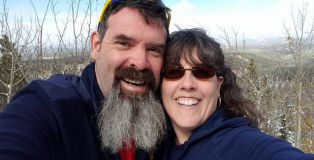 Unfiltered. Unpasteurized. Unrepentant. That’s what each beer from Aston Abbey Brewing Company prides itself on.

But underneath the bright, refreshing flavors of their West in Peace Wit or the rich, malty aromas of their Bombs Quad lies the heart and soul of Chuck and Sue McKenna within each beer. The two of them have shared some of their fondest memories together, a list that includes opening up Aston Abbey Brewing Company as a husband and wife duo. END_OF_DOCUMENT_TOKEN_TO_BE_REPLACED 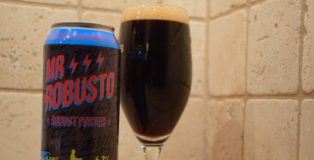 A quick Google search of the word robust and you will see adjectives like strong, vigorous and rich used to describe the word. With their seasonal release of Mr. Robusto, Conshohocken Brewing Company found a name that accurately advertises this robust porter. END_OF_DOCUMENT_TOKEN_TO_BE_REPLACED 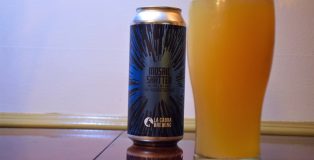 Along Philadelphia’s Main Line, sits a seven-barrel brewhouse in the suburb of Berwyn, PA. It’s the creation of a once Spanish teacher turned professional brewer. La Cabra Brewing, translated to “the goat” from Spanish, is named appropriately since the brewery shares similar features and traits to the animal. Fun, smart, and persistent are just some of the values both goats and La Cabra embody. And one of the latest releases from the Pennsylvania brewery is an IPA that falls in line with that same philosophy. END_OF_DOCUMENT_TOKEN_TO_BE_REPLACED 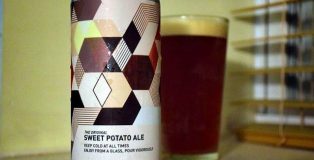 The fall brings in a welcoming change as the leaves start to transform into vibrant colors before they gracefully fall to the ground here in the Northeast. Stepping out for fresh air, it noticeably has become crisper as it wisps by. And with everyone ironing their favorite flannels before heading out to enjoy the festive activities of the season, there is another phenomenon that lets you know that fall is upon us: beer shelves lined with various options of pumpkin ales.

But amidst the sea of pumpkin beers, the Pennsylvania-based Vault Brewing Company ventured off on their own quest to ring in the season with its Sweet Potato Ale, which gives beer drinkers a switch from the world of pumpkin-everything and celebrates another savory food that accompanies this time of year nicely.

END_OF_DOCUMENT_TOKEN_TO_BE_REPLACED 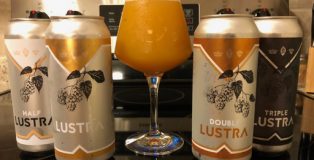 Dancing Gnome has been making serious brews and waves in the craft beer scene. They have truly expanded their horizons from hazy IPAs and pale ales to stouts, sours and lagers. In less than two years, Dancing Gnome has: expanded their canning line, added more tanks, hired more staff to help assist in the brewery, collaborated with other breweries and individuals to brew some delicious beer and has become one of the most popular craft beer breweries on the western side of Pennsylvania.

When Dancing Gnome (DG) released their weekly newsletter on July 31 and mentioned Lustra Day, those two words spread quickly through the Pittsburgh craft beer scene. Knowing that Lustra Day would be a huge event for the brewery, I made plans to be in attendance. From that point on, my beer buddies and I planned our arrival times and the beers we would bring for the line share on the big day.

END_OF_DOCUMENT_TOKEN_TO_BE_REPLACED 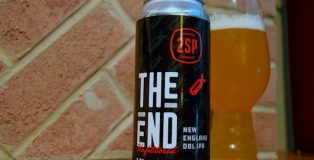 There is a jubilant exuberance that takes over a Delco native when you ask where they hail from. They mention the nickname Delco, short for Delaware County, PA, a region adjacent to the city of Philadelphia, before referring to themselves as a Pennsylvania native. They will fill you in on Wawa, their beloved Iggles (known by most as the Eagles) and what to order at Pica’s. But they also are proud of their local breweries—rightfully so! 2SP Brewing Company, located in Aston, PA, has been brewing any and all styles that they please with consistent quality since opening their doors in 2015. 2SP’s newly released double dry-hopped DIPA, The End, exemplifies that quality.

END_OF_DOCUMENT_TOKEN_TO_BE_REPLACED 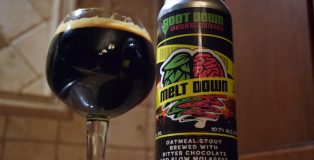 Melt Down Oatmeal Stout, a collaboration between Root Down Brewing Company and BeerNERDS, isn’t just another stout. Besides offering terrific, complex flavors, 100% of the proceeds benefit Main Line Deputy Dog, a local nonprofit organization that trains service dogs for those in need.  END_OF_DOCUMENT_TOKEN_TO_BE_REPLACED 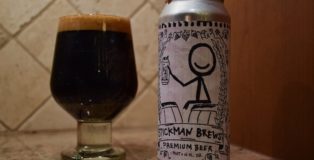 “Stickman Brews focuses on American twists of Belgian-inspired beers among other things.”

Smack dab on the middle of the homepage on their website, you will come across this self-description written in all caps. Obesity Epidemic, a Belgian-style stout, truly backs up that claim. This beer fuses those two cultures in perfect harmony.

END_OF_DOCUMENT_TOKEN_TO_BE_REPLACED 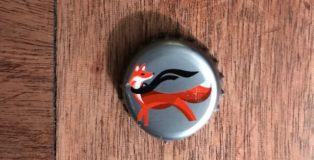 The cidery, brewery, farm, restaurant, hard-soda maker and event space is in York County Pennsylvania, which borders Maryland and is straight north of Baltimore, south of Harrisburg and west of Lancaster. Wyndridge distributes throughout the East coast, and their Crafty Cider was a surprising addition to a supermarket in Northern Virginia. END_OF_DOCUMENT_TOKEN_TO_BE_REPLACED 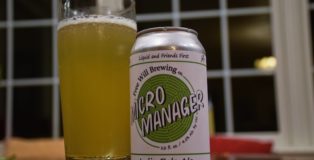 It’s that time of year again. The time where nights start to become longer and the leaves change to vibrant colors that make for ideal Instagram posts. But before you throw on your scarf, go apple picking, and stock up on your favorite pumpkin beers, remember that there are still warms days left as summer slowly fades out of the picture. And that means still time to enjoy those crushable, refreshing beers while soaking in the sunshine!

Free Will Brewing Company, located in Bucks County north of Philadelphia, has gained a loyal fan base thanks in part to the impressive lineup of sour and barrel aged brews they produce. But that doesn’t mean you should sleep on their more available year-round offerings, including Micromanager. END_OF_DOCUMENT_TOKEN_TO_BE_REPLACED 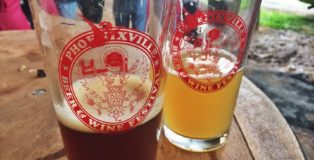 Even the forecast for a Nor’easter couldn’t keep the spirits down at the first annual Phoenixville Beer and Wine Festival in Phoenixville, Pennsylvania. Despite the wind and the rain, the masses descended upon the rain-soaked Kimberton Fairgrounds to attend the sold-out event with raincoats and umbrellas in tow. Twenty-six craft breweries, along with multiple cideries, wineries, distillers and meaderies came to show off their creations for the thirsty crowd.

END_OF_DOCUMENT_TOKEN_TO_BE_REPLACED 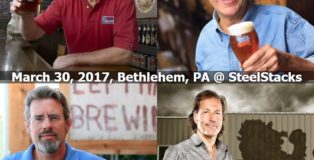 In its next installation, The Brewers of Pennsylvania (BOP), the state’s official brewers guild, is hosting Meeting of the Malts VI, the association’s popular annual event that gathers the most acclaimed breweries to discuss the state of the craft beer industry.

END_OF_DOCUMENT_TOKEN_TO_BE_REPLACED 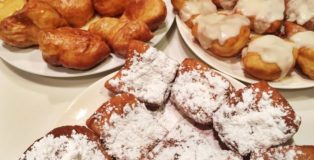 For those who have been lucky enough to go, New Orleans is a food mecca. Iconic creations such as jambalaya, fried catfish and po’ boys are abundant amongst the multitude of restaurants, bars and corner cafes. There is one item that is synonymous to this region, that embodies both the French influence of the New Orleans culture and sheer indulgence: the beignet. Sweet, crunchy, yet fluffy, the beignet in some regards is one of the simpler varieties of fried pastries. Usually caked with enough powdered sugar to create a white dust cloud with every bite, they are messy yet simply delightful.