Nestled in the new Edgewater Marketplace at 5505 W 20th Ave Suite 178 in Edgewater, CO, Barquentine (bar-kin-teen) Brewing Company is Belgian inspired with an American twist. Its namesake is an ode to the large ships that are common to international merchant ports like Antwerp, Belgium. Owner Kyle Knudson is hoping to recreate the feel of sailors from around the globe exchanging stories and a laugh over a local beer in Barquentine’s new taproom.

They say timing is everything. However, if you opened a brewery two weeks before a two-month quarantine, that timing is almost anything but good. Like every brewer during this time, Kyle and his father Ed, who co-owns the business were forced to pivot, expanding their ability to offer beers to-go in order to keep the beer flowing. Fortunately for them, they’ve had the support of their neighbors along with exceptional beer to help weather the storm.

After brewing stints at Transmitter (New York) and Joyride (Denver), Kyle decided to start a brewery of his own with a desire to make the styles of beer he enjoyed the most. He fancies himself an American brewer with a strong Belgian influence. The draft selection at any given time is a true blend of styles utilizing unique ingredients in addition to traditional and modern techniques. A reliable Rochefort yeast combined with local ingredients where possible provides a familiarity from beer to beer while each still has its own distinct characteristics. Here’s a little flight of what Barquentine has to offer. 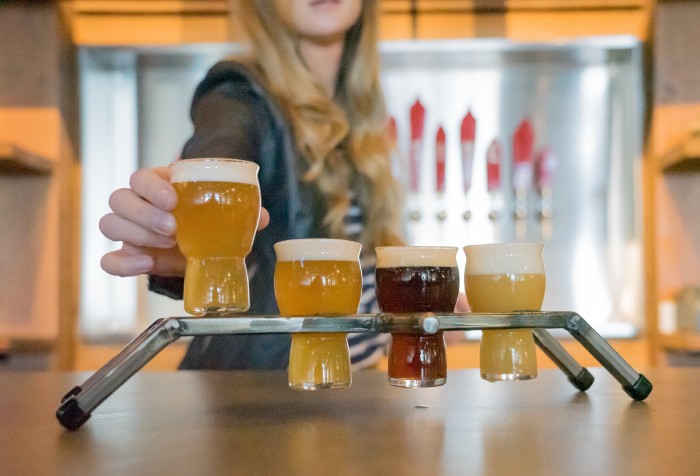 Clocking in at just over  5%, the first impression is that this is more of an imperial Table Beer. Quite the oxymoron. While ‘Table’ typically implies something light and sessionable with a lower ABV, Knudson’s use of the word is less about the alcohol and more of a way to describe the approachable characteristics compared to a more intense abbey beer. Table Beer drinks similar to a blonde and would be the Belgian equivalent to a German Pilsner. It finishes a touch sweet as opposed to dry or crisp. Knudson sourced for Table Beer from Colorado and cultivates the residual yeast from this beer to use for the rest of his fleet.

First off, there’s a lot going on here. Farmhouse IPA really speaks to what Barquentine Brewing Company is all about. Creating unique Belgian beers with a true American brewing spirit. Farmhouse IPA is a mixed fermentation of Brettanomyces and Saison yeast strains. The base beer is a young Saison aged in Pinot barrels, then dry-hopped with Amarillo and Cashmere. Like many of Barquentine’s beers, Farmhouse has a cloudy complexion that contributes to the mouthfeel. Drinking this is a punch of flavor to your pallet with notes of white pepper spice, clove, Pinot, baked bread, and barnyard must. It drinks more like a classic Saison than IPA, but the hops give the beer the bitterness it needs to keep it balanced. While the brett is noticeable, it’s not overwhelming and helps dial back some of the more intense Saison yeast characteristics.

This beer is a true summertime sipper. Anyone that’s drawn to a lemony hefeweizen or the pleasant orange flavors of a Belgian wit will gladly take a Lawn Nap. This beer has an unfiltered, cloudy appearance, with a straw color. The nose actually gives off more stone fruit than mellow citrus as well as a hint of clove. However, the flavor packs a sharp citrus acidity that really hits the back of your pallet. It reminds me of a SweetTart candy in all the right ways. Just the right amount of pucker. I didn’t pick up a lot of the chamomile but Knudson noted that it’s either intense or mild depending on your own sensitivity to the flower.

True to the style Foot Pajammies pours amber to brown in color with surprising clarity in comparison to the rest of the Barquentine arsenal. Big molasses on the nose with a hint of Belgian candy sugar. The lower carbonation improves the overall quality of the flavor, making each rich tone round and mellow. One of the things that stand out is that it drinks more like a traditional English nut brown than a Brune. After a few sips, hazelnut aroma and flavor begins to emerge. Often times this style winds up being much too sweet, but Footie Pajammies was well balanced from the pour to the finish.

Like their Colorado brewing counterparts, the folks at Barquentine Brewing Company are adjusting to life as the state begins to re-open. For anyone looking for beers to go, individual 16 oz cans and growler fills are available as the brewery. Expanded patio seating is available for drinkers looking to enjoy the ambiance and beers fresh from the tap. 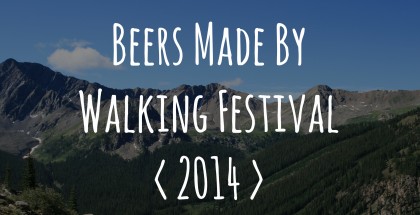