In a year that feels like it will never end, waiting almost a decade must feel like an eternity. Yet, some things are worth the wait. Case in point: the return of Pipeworks Brewing Co.’s Pastrami on Rye, which returns this month with a fun twist: a collaboration with local Chicago pastrami staple Manny’s Deli. First brewed in 2010, the eclectic ale is back again in 2020, thanks in small part to the beer-focused musings of one of our own writers: Mike Zoller (aka Instagram’s @ChicagoBeer) and the creative, collaborative spirit of two local Chicago businesses. Here are the details on what Chicago beer lovers can expect for the return of Pastrami on Rye.

Pipeworks created the first edition of Pastrami on Rye back in 2010 in the earlier days of the brewery, but didn’t package it for the public until a limited release in 2012. Since then, the beer resided in passing murmurs and ISO lists of adventurous Chicago beer traders. Enter 2020 – as businesses across the country continue to look for new and inventive ways to survive amidst the COVID-19 pandemic, Manny’s Deli decided to poll some of its most passionate users on Twitter to see who they should collaborate with on a new product, and Mike Zoller suggested bringing back the unique collaboration between brewery and deli.

"Be change you want to see in the world." pic.twitter.com/wZF8b8s3zG

“We figured 2020 was as good of a time as any to bring back a meat sandwich inspired beer,” said Kate Brankin, Pipeworks’ Creative Director and Product Lead.

Using the medium that reignited the idea, Pipeworks sent the owner of Manny’s Deli, Dan Raskin, a Twitter DM to see if they could get a collaboration in the works. Raskin was into the idea and suggested a new twist to the beer: the addition of a specialized spice blend meant to invoke the memorable flavors of Manny’s pastrami.

“Luckily Twitter brought us together. As we struggled through the last 8 months we reached out to Chicago. Pipeworks came to us with this amazing idea.  We are really excited to work together and showcase our pastrami in a different way. For the first time in 78 years, Manny’s has its first co-branded beer.” said Raskin.

Alongside the spice blend, which includes the likes of black pepper, coriander seed, red pepper seed and mustard seed, Pipeworks says the new Pastrami on Rye includes brown sugar (a staple of Manny’s pastrami) along with a slightly lower ABV to fit into the new packaging format: 16 oz cans.

When Chicago collabs, we do better. Tag someone who loves beer and Manny's. Cheers @PipeworksBrewin! #PastramiRyeAle #ComingSoon pic.twitter.com/eu4ac5a0UV

While the beer is still cooped up in Pipeworks’ tanks, the excitement for the release of this beer on social media is not. Along with drawing buzz, the beer is also a great reminder of how important it is to support the local businesses and breweries in your area during this time – and forever. You wouldn’t get this type of spur-of-the-moment collab from a corporate setup or chain-restaurant.

“Our larger hope is that this beer reminds people and gets people excited to support independent and family-owned businesses like Manny’s,” said Brankin.

Pastrami on Rye in will be available in16oz cans, and will likely be packaged and released throughout the Chicagoland area within the next two weeks. Cheers! 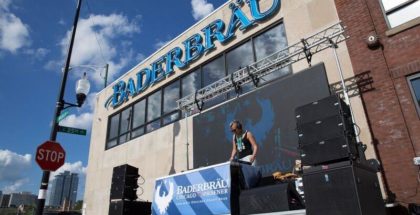 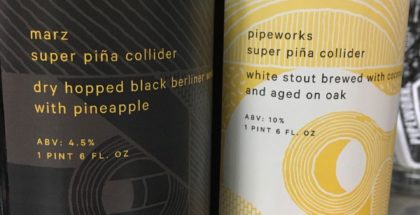