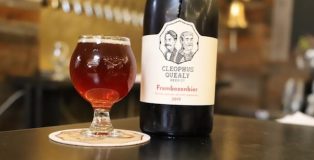 Barrel-aged, sour and fruited beers seem to intimidate people. And Cleophus Quealy Beer Company conjured up a magical elixir of all three: Frambozenbier.

END_OF_DOCUMENT_TOKEN_TO_BE_REPLACED

Drake’s Brewing Co. was founded back in 1989 by Roger Lind in what was half of an old Chrysler Dodge factory powerhouse in San Leandro, CA. Back then, the brewery was named after Lind, Lind Brewing Company, and he brewed English-style ales. Lind built the original gravity-fed brewing system himself (10 barrels) but he left the brewery in 1998. Drake’s was owned by JBR Coffee Company from 1998-2008 and then John Martin, who Lind used to previously work for at Triple Rock Brewery, purchased Drake’s in 2008.

END_OF_DOCUMENT_TOKEN_TO_BE_REPLACED 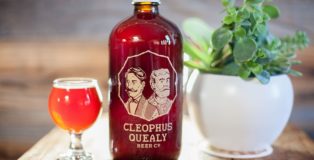 If you haven’t heard about Cleophus Quealy Beer Co. consider this your formal introduction to a great farmhouse brewery in the East Bay! They are located at 448 Hester Street, San Leandro, CA 94577 – which is right by the Oakland International Airport! So, you know it’s good to grab a great beer on your layover or on your way out of town.
END_OF_DOCUMENT_TOKEN_TO_BE_REPLACED 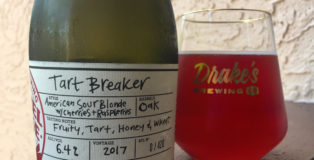 Drake’s Brewing Co has been releasing a steady stream of 500ml bottles of specialty brews this year and their newest, Tart Breaker, is out to steal your heart. Members of Drake’s ’89 Club, named after the year they were founded, are able to snap up bottles a week before the public.

END_OF_DOCUMENT_TOKEN_TO_BE_REPLACED 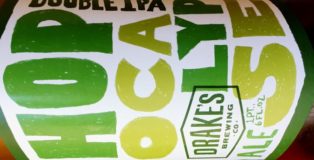 Some people may claim that West Coast IPAs are dead, but not according to Drake’s Brewing Company. While it does offer a few hazy IPAs, Drake’s Brewing pumps out a heavy dose of bitter, West Coast brews during San Francisco Beer Week. Hop Heads rejoice each February when this San Leandro brewery unveils its Hopocalypse lineup — each year more bitter than the last. Many fans even line up outside the brewery as early as 3 a.m. in anticipation for the release. END_OF_DOCUMENT_TOKEN_TO_BE_REPLACED 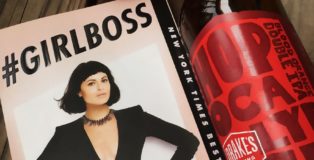 Welcome to the third installment of the Beer & Book Club series! I love the idea that each month a new individual can highlight a great read and a delicious brew to go along with it. When one pictures the craft beer world a few common themes repeat: beards, barrel-aged and hops (lots of hops). That is why for my first Beer & Book report I wanted to highlight some serious girl power. END_OF_DOCUMENT_TOKEN_TO_BE_REPLACED