Ah, pumpkin; such a polarizing flavor. Love ‘em or hate ‘em, pumpkin beers are rearing their squashy, spicy heads for fall – but not all are created equal. From mildly-flavored to spice bombs, and from drinkable to over-the-top boozy, we’ve found a pumpkin-laced brew for almost everyone in this diverse list of the best pumpkin beers of 2016!

Sometimes, you’re just looking for a touch of pumpkin with your beer. These brews have just enough gourdy goodness and spice levels to be festive.

5.6% ABV
Rogue Ales
Ashland, OR
More of an Oktoberfest-style beer, this one has a slight woody flavor with hints of cinnamon. Autumnal, spicy and smooth.

7.7% ABV
Upslope Brewing Co.
Boulder, CO
Medium-bodied with a dry finish and a bit of bitterness, this is a very mild pumpkin ale. A great one to help convert your pumpkin-hater friends.

8.5% ABV
Samuel Adams Brewery
Boston, MA
More in the realm of a doppelbock, this sweet, smoky and malty beer has just a touch of pumpkin and spice in the background.

8.0% ABV
Schlafly Beer
St. Louis, MO
Big malt and pumpkin flavor up front, spicy pumpkin pie notes in the back. Not too spicy; not too sweet and easily drinkable.

Pumpkins get funky in these off-the wall brews. Earthy and sour, with minimal spice.

5.0% ABV
Brooklyn Brewery
Brooklyn, NY
Blended with hundreds of pounds of pumpkin, the squash really shines through as the star of this brew. Mild spices and a pleasant malt flavor.

5.84% ABV
Smuttynose Brewing Co.
Hampton, NH
Toeing the line between sweet and bitter, there’s no missing the earthy pumpkin flavor in this complex brew. Hoppy and drinkable; not a dessert beer.

On the Darker Side

Baltic Porter
8.2% ABV
21st Amendment Brewery
San Francisco, CA
Plum and cocoa notes dominate this beer, with a hint of pumpkin and spices. Roasty, smoky and a little earthy, pumpkin is not the key player here.

8.5% ABV
Hangar 24 Brewery
Redlands, CA
Using pumpkins grown just half a mile from the brewery, this bold porter is rich with flavors of pumpkin pie spice, molasses and bitter chocolate. Well-balanced and smooth.

8.6% ABV
Epic Brewing Company
Denver, CO
Earthy pumpkin and pie spices are rounded out with bittersweet cocoa and floral hops for a complex flavor. Definitely more of a stiff drink than a pumpkin latte.

Ever wanted to drink pumpkin pie in a glass? These flavor bombs are for you!

9.0% ABV
Dry Dock Brewing Co.
Aurora, CO
Smells like a rich, smooth spice bomb. A blast of cinnamon, ginger, allspice and cloves with muted pumpkin in the background. The additional malt used in this imperial ale gives it a strong backbone to support and balance out the spices.

At 10.0% ABV or higher, these heavy beers are definitely made for sipping on a chilly fall night.

10.0% ABV
St. Arnold Brewing Co.
Houston, TX
The bottle says it’s an ale, but this thick brew is more of a stout. Has all the sweet, pumpkin-pie goodness of Southern Tier’s Pumking with a darker, more burnt and boozier character.

17.5% ABV
Avery Brewing Co.
Boulder, CO
Another boozy bomb from Avery Brewing. Warm rum flavors and a rich molasses sweetness dominate this brew, along with extremely fragrant pumpkin pie spices. At an ABV in the whopping mid-teens, sip at your own risk! 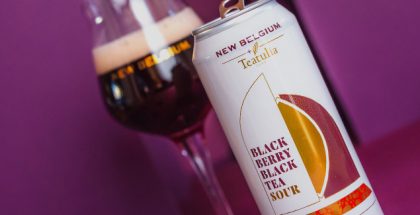