As we enter into November, we are all feeling beaten down and emotionally drained from all of the election coverage. The arguing and stupidity is really starting to take its toll, so it felt necessary to keep it light this week. Grab a beer and prepare to be disappointed. I’m going on a beer-cation this weekend, so I’ve really phoned in this week’s edition of The Weekly Buzz…

Bet you can’t watch this just once!

Night Shift is taking distribution into their own hands.

We've pulled our homebrew kits from Northern Brewer after they were acquired by AB InBev. Beer recipes now public: https://t.co/32hnOLg7k0

Next Sunday 11/6 @BeerAndBagelRun join us & #EarnYourBeer (and bagel!)

I’m no nutritionist, but this sounds 100% accurate.

Diet tip: If you think you're hungry, you might just be thirsty. Have a bottle of #beer first and then see how you feel.

My pumpkin carving did not turn out this well…

In an industry that feels so young, a little history is a great thing.

Pajamas? What if I sleep in the nude?

My pumpkin seeds were wiped out in a day…

Sweet or salty? Try pairing these with fresh oven-roasted pumpkin seeds for a healthier alternative to Halloween candy. pic.twitter.com/AJAOJT8ZXk

The four Mikes sounds like a door wop group. When are they going on tour?

A new take on a craft beer classic.

Happy Halloween! Or as we like to say around here… pic.twitter.com/6hU5VuLLsV

Is that the tank? Excuse me!

I’m ready to go in coach. Just give me a chance… pic.twitter.com/RAGMxsAzLn

Boom! That’s what we call a collaboration.

Your choices don’t end in the voting booth. Which would you choose?

Is the Blue Beer not for you? Maybe you'll enjoy the Red Beer a bit more… #drinkyourFATE #electionbeer pic.twitter.com/IdbwiJ07zu

Want to know more about our Election beers? First up… the 'Blue Beer.' #drinkyourFATE #Elections2016 pic.twitter.com/lVOge4PgAP

Your chance to win!

Come party with us at the #mstfallbackfest on Nov. 4th for your chance to win these rad @Rompskis. Get tickets here: https://t.co/jAWuxWajFo pic.twitter.com/tzwjq80Ozf

This is what happens when we drink on the job. https://t.co/SEmJai84NV pic.twitter.com/csDh8PkEDR

Best Management Practice for the Management of Confined Spaces in Breweries – https://t.co/BIPbcTH164 #BeerBiz

Thursday thru Election Day #exerciseyourright #vote. Stop in and vote for your favorite! pic.twitter.com/SWSaSjvMWp

A brewery raising money for kids? We’re getting a case of the feels!

Another brewery with another great cause!

@realcrozetva @StarrHill is working to #ENDALZ this month – help spread the word in #Crozet please pic.twitter.com/w7bZIblmcB 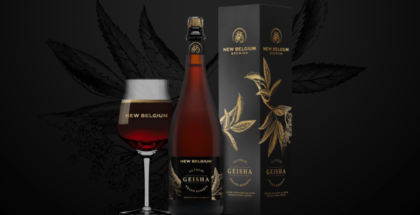