Welcome back to Beerology! After a six month hiatus due to opening The Jailhouse Craft Beer Bar, I have returned to talk about the history behind beer and booze. This edition delves into the obscure style of Gose.

While it has seen somewhat of a Renaissance in America over the past several years, with breweries like Almanac, Anderson Valley, Avery, Boulevard and Westbrook releasing their versions of the style, the Gose (pronounced “Goze-uh”) is still very misunderstood. Oft mistaken for the much more complex, yet similarly named Belgian Gueuze style or comically mispronounced “goose” (leading us to wonder if Goose Island will ever release a namesake tart and salty brew), the Gose style is a historic German Wheat Ale brewed to be low in alcohol and have a slight tart flavor, similar to a Berliner weisse.

This style gets its acidity from the introduction of Lactobacillus bacteria. In the sixteenth century, the Lactobacillus inoculation was not controlled – the Gose style beers were unboiled, meaning bacteria was not boiled off to produce a “clean” beer, thus a natural lactic fermentation process was quite common and a tart flavor was the result. (For more on souring, see Beerology: What Makes Beer Sour?)

Though possessing a lemony tartness similar to a Berliner weisse, unlike its predecessor or contemporary (historians are not sure if one style came before the other), the Gose style is also spiced with coriander and salt. Yes, salt. The original presence of salt in Goses was due to the high saline content of the Gose River, according to Jamil Zainasheff, author of Brewing Classic Styles, but later renditions of the style likely had salt added as a spice along with coriander.

Hailing from the German town of Goslar, the style dates back to the sixteenth century – though there is mention of Goslar’s “gosa” being imported to Hamburg as early as the 1300s. While Goslar is the origin, Leipzig, a town about 100 miles southeast of Goslar, adopted the style as its own in the mid 1700s due to its popularity in local taverns. Often Gose breweries would deliver the still-fermenting wort in barrels and the pub would store it in its cellar until deemed bottle ready.

The Gose style lost popularity and had all but died off by 1966 due to multiple wars and the increasing emphasis on German lager rather than ale, until it was revived by Lothar Goldhahn, writes Jeff Alworth in The Beer Bible. Rather than a revival, the German publican mostly had to reinvent the style. Wurzler, the last true Gose brewery had closed by that time and the recipe book had allegedly accidentally been destroyed. Not one faint of heart, Goldhahn tracked down an ex-Wurzler employee who had maintained some notes on the original Gose recipes. Twenty years after Gose’s extinction, the pair brewed the first “modern” Gose at a Berliner weisse brewery in Berlin and the style was back in action, though to this day, lager is still king in Germany. 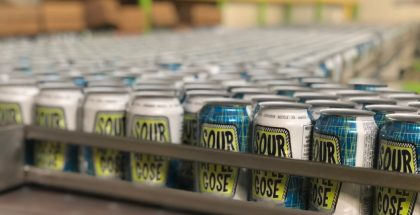 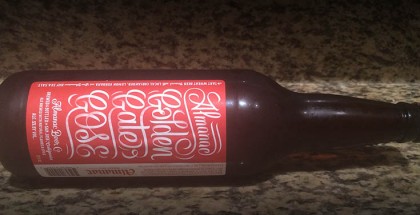