John Laffler of Off Color Brewing has officially announced that the brewery will be opening up a second location with a taproom in Lincoln Park.

While the goal date to open is summer 2017, Laffler said the timeline is still up in the air and can change. The new location will be at 1460 N. Kingsbury, just down from the street from the Whole Foods Lincoln Park.

The big reason behind the new location was space. Off Color in its current space in Logan Square is constrained by the size and will still be operational once the Lincoln Park location opens.

“The original Logan Square brewery will continue to operate producing our year-round core beers and seasonals,” Laffler said in the press release.

At 8,000 square feet, the new location will have brewing space and a taproom that is split up into two different areas. One will be more of your standard taproom atmosphere that is loud and, as Laffler described, is used for serious drinking. The other area will be a quieter space where you can drink amongst the barrels.

For a long time Off Color was just brewing and distributing beer. Just this year they opened their bottle shop and started doing tours of the brewery. It has become one of Chicago’s most popular breweries and still lacked a taproom.

“In the same way enough people knocked on the brewery doors to force us to open our bottle shop at 3925 W. Dickens, we learned that even if you don’t build it, they will come,” Laffler. “The constant look of disappointment when we have to tell folks they can’t actually drink beer there is leading us to finally open a taproom.”

One big improvement for Off Color in their new space will be its proximity to public transportation. Currently the Logan Square location isn’t quite commuter friendly, however, now the Lincoln Park brewery will be accessible via several buses and the Red Line.

“Easy access to the Red Line means getting home safely and daytime coffee service means going to the Apple store down the street the next morning if, somehow, your screen gets cracked, won’t be such a terrible experience,” Laffler said.

PorchDrinking will have continuing coverage of Off Color’s new space as more information is released.

Top Reasons Not to Miss This Weekend’s Denver Holiday Flea 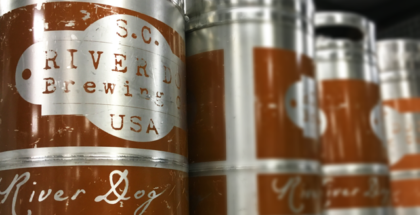