I may be in nearly-crippling pain, but that can’t stop me from bringing you the latest craft beer shenanigans from social media! This week there are event announcements, past event coverage, job announcements, and lots more. Don’t take my agony for granted. Take two and call me in the morning. This is The Weekly Buzz!

We will be having a Shrimp Boil here on March 31st! Only $25 per ticket! pic.twitter.com/HOKVDwVYPY

Everything is bigger in Texas!

Craft beer brings the bitterest rivals together… for a hockey fight.

One with mustard and relish please!

What do we do @TroegsBeer when it's 72 degrees in February? Burch's Hot Dog Day powered by illustrious brewer, Mark Burch! #troegsway pic.twitter.com/teUqbQQ6ZW

Rain today, snow tomorrow, nothing will keep us from pouring great Mich. beer for @mibrewers #MiWBF17. Here's a list of what we're bringing pic.twitter.com/kUTTJWNjRw

Neither snow nor rain nor… This is the Craft Beer Drinker’s creed, right?

What a weekend! Thanks for everyone who came out to Stop and Taste with us at another great Winter Beer Fest. Cheers! #MIWBF17 #MIBeer pic.twitter.com/c1zMbaANmr

Watch this video, then go buy tickets (https://t.co/G9bLDh9Oxq) to our Ales of Antiquity Beer Dinner on March 7th. https://t.co/vNALAoyG3a

You’ll be dancing on tables before you know it!

Jump in the creek. Drink a beer. Raise money for the Special Olympics.

Not a bad day to jump in at the @DeepCreekDunk, We're raising money for @SpOlympicsMD and drinking beer. pic.twitter.com/pJu6pvsWHt

This bad boy’s going to be available year-round!

Lost Dune, our golden ale brewed with Michigan blueberries is back and here to stay as one of our year ‘round beers. Pic: craft_not_crap. pic.twitter.com/wtvN0i9gBp

Join the Bell's family: We are currently looking to fill positions in Marketing, at our General Store & more: https://t.co/z2vEoNfSDr

I have Resting Raging Bitch Face.

Emily, Quality Assurance Lab Scientist of Beer, would like to introduce you to her #RagingBitchFace Show us yours https://t.co/4zOwZ2FMdd pic.twitter.com/viBOsqHrpy

It’s true! It checks out!

If you don’t know what this is, I pity you.

First 100 people thru the door of our Tasting Room on Tues get a free fastnacht. We’ll be having ours with a #ScratchBeer 272. Open at 11! pic.twitter.com/mgPt8Z6kgY

Uncle Jacob's Stout makes its debut on Mardi Gras! It's available at our brewery tomorrow and hits shelves in the next few weeks! pic.twitter.com/udew2OWQwW

Do you think they’ll age it on actual clown shoes?

Did you hear about our collaboration with @clownshoesbeer?! Shoebelation Ale Aged in Bourbon Barrels. It's coming soon! pic.twitter.com/zqgFpZOq6t

Florida residents (even you, @_FloridaMan): You can buy our beers at your nearest @TotalWine starting today. #GetSurly pic.twitter.com/lD0yrehJtI

Event Preview | What Exactly is Wynkoop’s Day of Dorks? 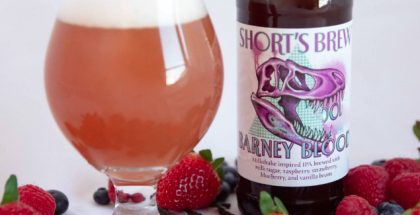 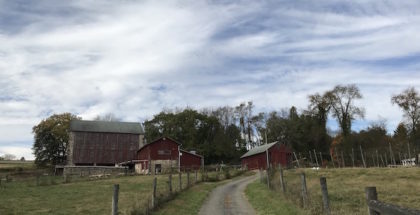