I have scientific interest in both…

Topographic map of a newly discovered planet or bottom of our freshly emptied coolship? You decide. pic.twitter.com/o3gG1IR69M

C’mon, Chicago! Get your tickets now!

I heard that he played a 23-day guitar solo.

Check out the schedule for some summer fun!

Knowing is half the battle!

Protect the Earth. It’s the only planet with beer. #EarthDay

It takes energy to make beer and there are steps we can make to conserve, produce and reuse energy. #EarthDay https://t.co/4mvehLeEjk pic.twitter.com/FNhCN2nT23

Why are you not in Pittsburgh?!

Hop farmers, we salute you.

In case you didn't know, @CrookedStave has released 750s! pic.twitter.com/iyCB111o65

It's that time again! Our annual Battle of the Breweries Dodgeball Tournament for @Chibeerweek is 5/21! Tickets: https://t.co/tDxsi9W2cG pic.twitter.com/IPWq3ucnYy

We love to see breweries give back to their communities!

Will there be a Maypole?

Ring in spring with us at our annual Maifest celebration, Saturday May 13th at the Midtown Brewery & Biergarten! https://t.co/nCIFJRT4ZZ pic.twitter.com/2aKbcWwdDz

Goes great with a paper bag full of blue crab!

Ditch the extract kits! Learn to brew with grain!

Join us for our free all-grain brewing demonstration this Saturday: https://t.co/ynVWoj8E7G pic.twitter.com/heEELgFk26

Suns out! Stop by the brewery today for a SHADE CATCHER session pale ale… because we've got the best specials in Hodgkins all week!!! #specialswag #breweryboards #clever 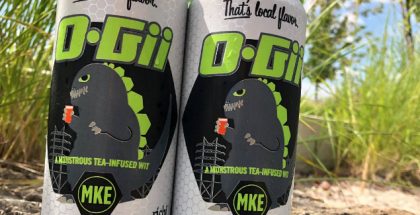