This year was supposed to be the year of me trying new things—I was going to take a break from my IPA and sour obsession, find new beer loves and explore my palate. Well, sometimes old habits die hard. If there is one style of beer I shy away from the most, it’s anything in the Belgian realm, but this beer from Seven Stills Brewery & Distillery definitely gave me something to talk about!

So maybe we’re halfway through the year and I still have yet to discover my next new beer love but can I get a pat on the back for drinking a golden strong ale from Seven Stills Brewery & Distillery?! Baby steps, you guys.

Seven Stills Brewery & Distillery was founded by two dudes named Tim and Clint; both of these guys have a huge love for whiskey AND beer and decided to do things a little differently. So why not bring their two loves together? Not only are they working tirelessly at these two crafts, they also experiment with turning beer INTO whiskey. Let’s just go ahead and call them craft wizards.

Belgian golden ales are a beast I haven’t quite tackled. Something about the Belgian yeast strains generally used, giving off loads of banana, mixed with some pilsner malt (generally used) kind of scares me off. A fruity and spiced beer seems a little weird to me but I’m always down to try new things! Plus I love all the banana things. But if that kind of thing is your jam, this beer is going to get your taste buds all sorts of excited!

The 747 Belgian Strong Golden Ale was named after the two breweries that flew together to brew it: Seven Stills Brewery and 47 Hills Brewery out of San Francisco (Psssst! Get it?! 7+47=747). This beer definitely hides the 10% ABV with the typical banana and cloves of a Belgian-style beer so if you’re a fan of banana, get on this! Light bodied, crisp and perfectly carbonated, this Belgian style golden is worth the try! Not exactly my cup o’ beer (if ya know what I mean) but I can appreciate what they were going for!

If you’re ever around the San Francisco area, definitely give Seven Stills Brewery & Distillery a try! They also just opened up a new spot on Nob Hill in the Stanford Court Hotel!

All photos courtesy of Dustin Beasley. 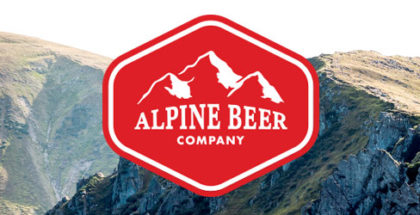