The three variants take the base Darkness beer and then new flavors develop based on the barrel. This lineup really shows how different barrels change the flavors and characteristics of the beer. Surly used bourbon, rum and Tattersall Fernet barrels for the different variants this year.

Using the bourbon barrel, Surly added vanilla bean and cherries, the rum barrel featured coconut and the Fernet barrel had no other ingredient as Fernet itself is a unique barrel that it greatly changed the base beer. 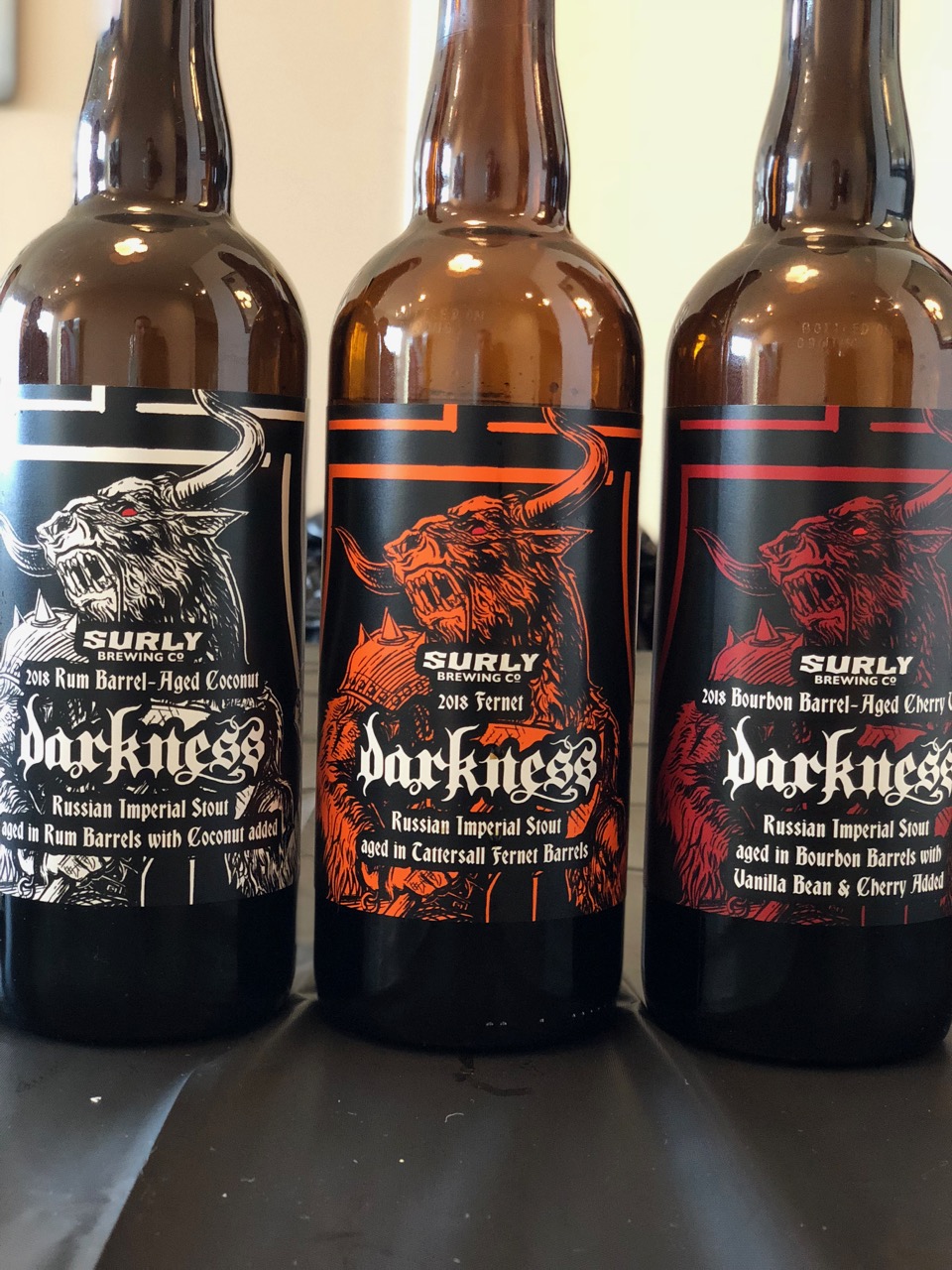 For me, the clear favorite was the bourbon barrel-aged beer with vanilla and cherries. It was so well balanced with notes of chocolate from the base beer, but then the combination of vanilla and cherries was creamy, sweet and fruity all in one. It was an absolutely phenomenal beer.

The bourbon barrel was present but not overpowering. While Surly easily could have just added vanilla and left it at that, the cherries add another layer of flavor. When you have so many different flavors going on, it’s easy for one of them to be lost in the beer. What’s so great about this variant is that each flavor is distinctly noticeable but complements the others so well. 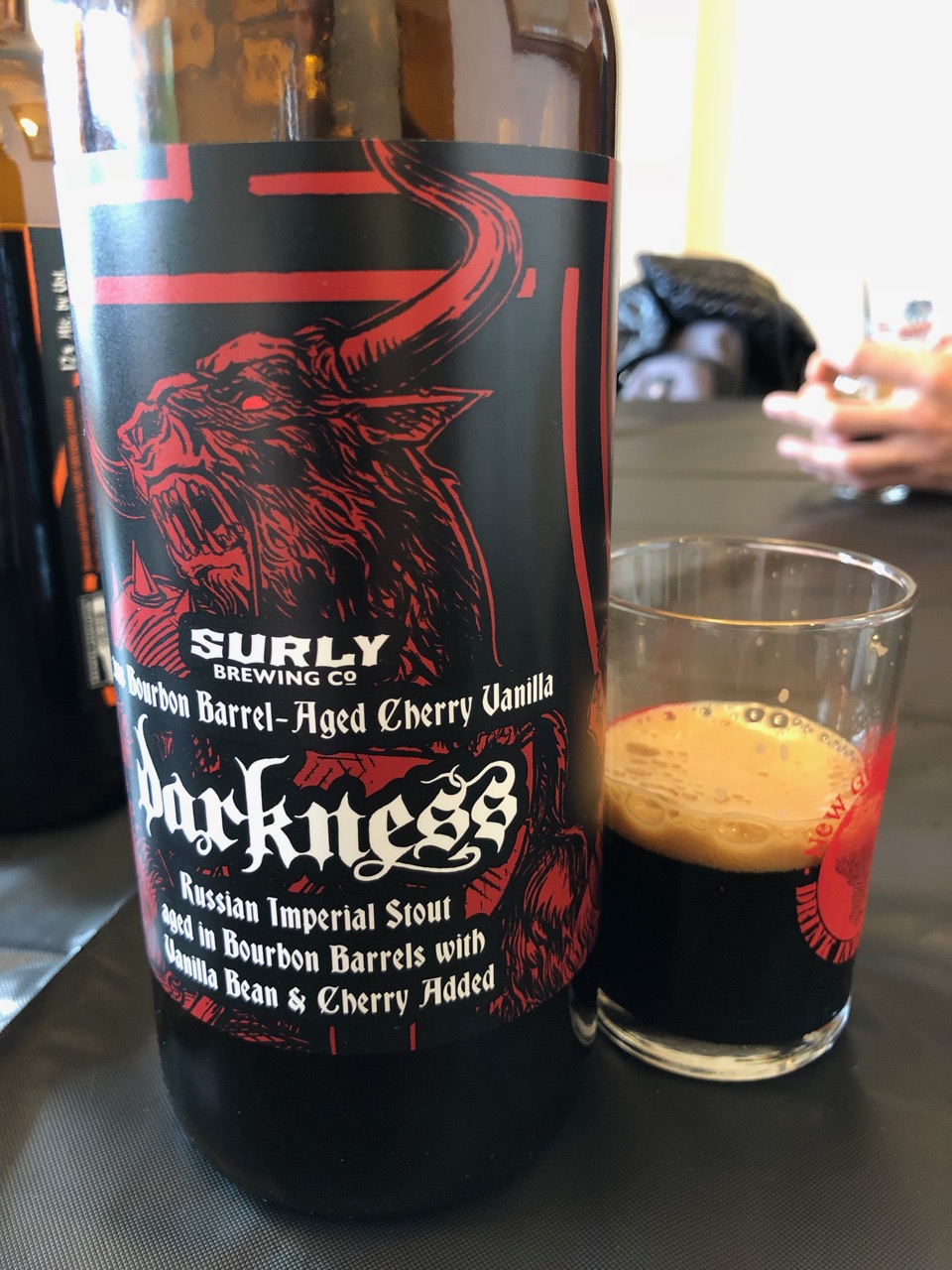 We opened up the rum barrel with coconut variant next. At first it was just a bit too cold and so the coconut wasn’t as present as we would have wanted. The rum barrel gave the beer great tropical, almost pina colada notes that actually worked with the Darkness beer. As the beer warmed, the coconut flavors emerged and the beer really came together.

The rum barrel definitely provide some coconut flavors of its own, but the addition of the actual coconut made it much more pronounced — it just needs to warm up to really star.

It’s an exceptionally well crafted beer, but you likely need to enjoy Fernet to appreciate it. The licorice and mint flavors are incredibly present and you understand why no other ingredients were added to the beer; the Fernet barrel needs no help.

I like that Surly went with the Fernet barrel. It’s thinking way outside the box and those that like Fernet will absolutely love this beer. For those that don’t like Fernet…well, it won’t be for you.

While you won’t find these variants on the shelf of your local beer store, if you do get a chance to try them you absolutely should. Barrel-aging is nothing new to beer, but it’s great to see a brewery take a beer and really let the barrels show how they can alter beer. Of course, if you can’t get the variants, the base Darkness beer is fantastic too.