“Natalie and I have known Chris Cramer since 1994 when I had my first brewery in Temecula, CA, Blind Pig Brewing Company. We always associated with the San Diego brewers of which at the time were only a few,” says Vinnie. There had been talk about doing a collaboration for quite some time, but scheduling never seemed to line up. At least, not until recently when Chris Cramer came to Vinnie and Natalie with the idea again. This time, according to Vinnie, “It was an emphatic yes as we love what they are doing these days at Karl Strauss.” 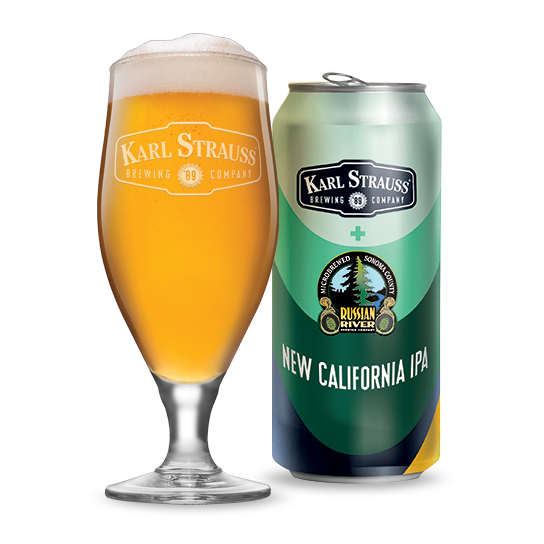 “Vinnie and I wanted to brew an IPA with good hop flavor and some bitterness,” states Matt. “We set out to make a not-so-typical IPA using some hops that aren’t as well known yet.”

“We were looking for a combination that either of us had done before yet dabble in some areas of the recipe where we were confident we’d hit the mark,” says Vinni. “There is a little rye in the recipe but not too much to overpower the hops. The rye adds a nice spicy component to the beer. For the hops we keyed on a new variety that both of us have used in small quantities but nothing over the top, this hop is Strata and is a new favorite for both Matt and myself.”

I went on to ask about the name, and if there was a special significance behind calling it New California IPA. Matt commented, “We were brainstorming some names and this one organically came up. We’re two breweries hailing from different parts of the state, and we wanted to brew a modern take on the India Pale Ale. It felt like the perfect name to describe the finished beer.” Although neither brewery is setting out to make a new standard for west coast IPA’s, this is definitely a refreshing take on a classic. Sadly for fans such as myself, this was a one-time brew. However, both Russian River and Karl Strauss expressed to me the fun they had brewing together. They are hopeful to find the time to collaborate again in the future. 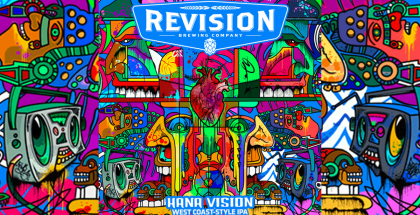