After seeing one of its most successful Bourbon County Stout lineups in 2020, Goose Island brought a similar theme to 2021 with variants that focus more on the barrels and the distilleries the brewery has relationships with.

Eight beers make up this year’s release – one more than last year – and all will be released on Black Friday, as is the tradition. While most retailers haven’t announced how they will sell Bourbon County when it goes on sale, Binny’s, Chicago’s largest liquor store chain, has said they will do an online lottery like last year. Prior to Covid, the Binny’s location in Lincoln Park was known for people camping overnight, looking to get their hands on some of the most sought-after stouts.

Individual bottle pricing hasn’t been released, but we know that Reserve Blanton’s Stout and Reserve 150 Stout will retail for $39.99 each. Binny’s will have two packages, one with all the beers for $259.99 and one that doesn’t include Double Barrel Toasted Barrel, Reserve Blanton’s or Reserve 150 for $124.99.

Ahead of next month’s release, we got an opportunity to sit down (virtually) with Goose Island to drink the eight beers and hear more about their backgrounds and what the brewers were hoping for with each beer.

Here are my rankings (favorite to least favorite) and thoughts after drinking the entire 2021 Bourbon County lineup. 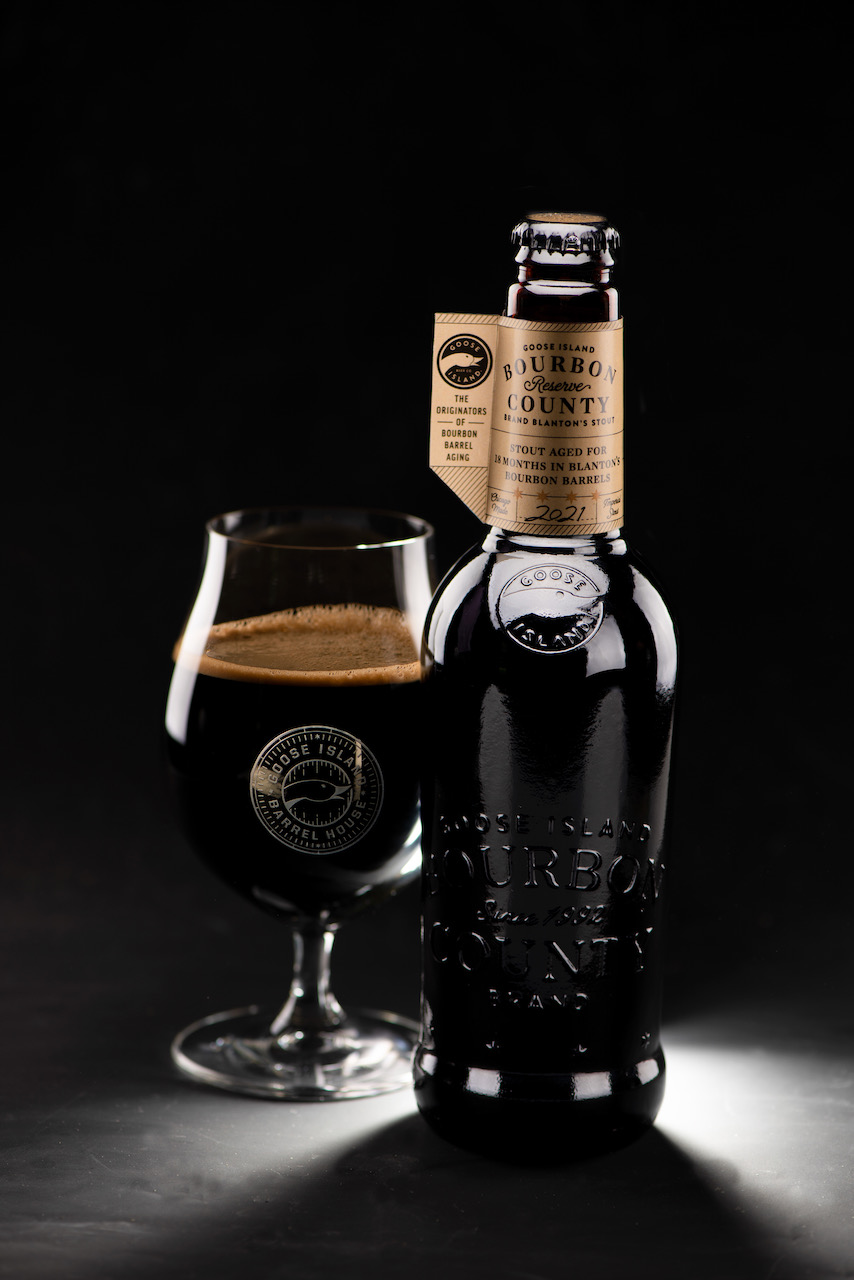 Perhaps my favorite Reserve Bourbon County Stout the brewery has ever released. The base stout was barreled in Blanton’s Original Single Barrel Bourbon barrels for 18 months and the result is the standout in 2021.

The nose features oak, molasses, and chocolate, but it’s the deep flavor profile that continues to develop on the sip that is the most impressive. Rich barrel notes of char, tobacco and oak start but then combines with dark chocolate, cherry, and vanilla. It’s complex, it’s boozy but not too hot, and just a lovely beer.

Packaging for this beer is unique as well. It comes in its own hexagon box and wrapped in a cloth bag and features the charm bottle stopper around the neck much like a bottle of Blanton’s. As stated earlier, we know this beer will retail for $39.99. 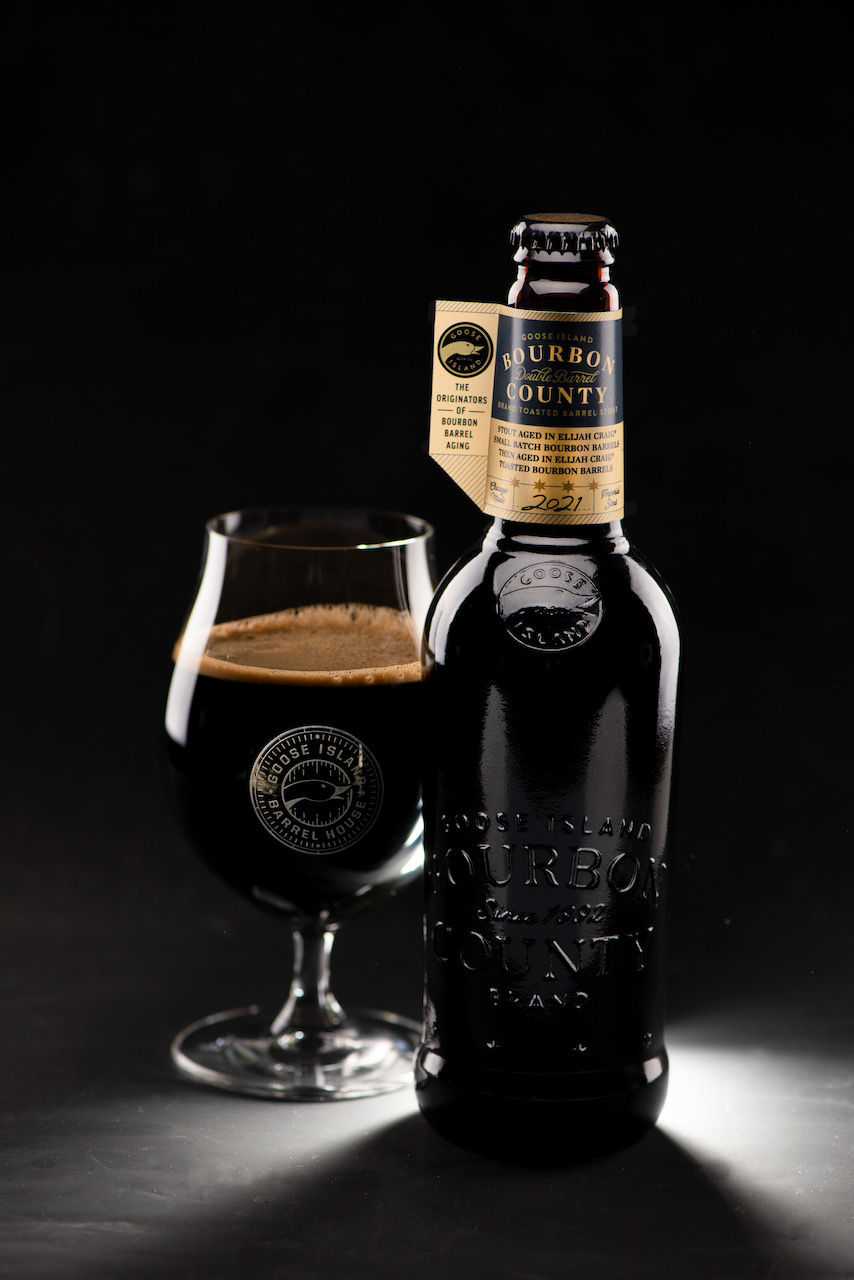 In 2019 we saw Goose Island package its first double barrel variant of Bourbon County and it did not disappoint. Two years later, double barrel is back but with a new twist and one that works really well.

The base Bourbon County spent one year in Elijah Craig’s Small Batch Bourbon Barrels and then another year in Elijah Craig Toasted Bourbon Barrels. The toasted barrels are a new element for Goose Island and are less charred than normal barrels, which give this beer a unique flavor profile we haven’t seen before. One impact of the toasted barrels is the ABV is lower than the 2019 version – nearly 2% lower. Even at 16% it’s more approachable than 2019 and doesn’t taste as hot.

Before getting into the sip, open this beer up and close your eyes. Give it a big sniff – I found myself in the lumber aisle of a Home Depot. The oak and wood notes you get are so great and it shows off the focus on the barrels in this beer.

The flavor brings you big notes of marshmallow, vanilla, chocolate, tobacco, and oak. It’s delicious and in no way tastes like a 16% beer, which could be dangerous. The barrel heat is noticeable throughout the sip, but it never overpowers. That toasted barrel blended with the Small Batch barrel work in perfect harmony.

Goose Island said that there is more of Double Barrel Toasted Barrel this year than 2019 but it will still be a very limited release. 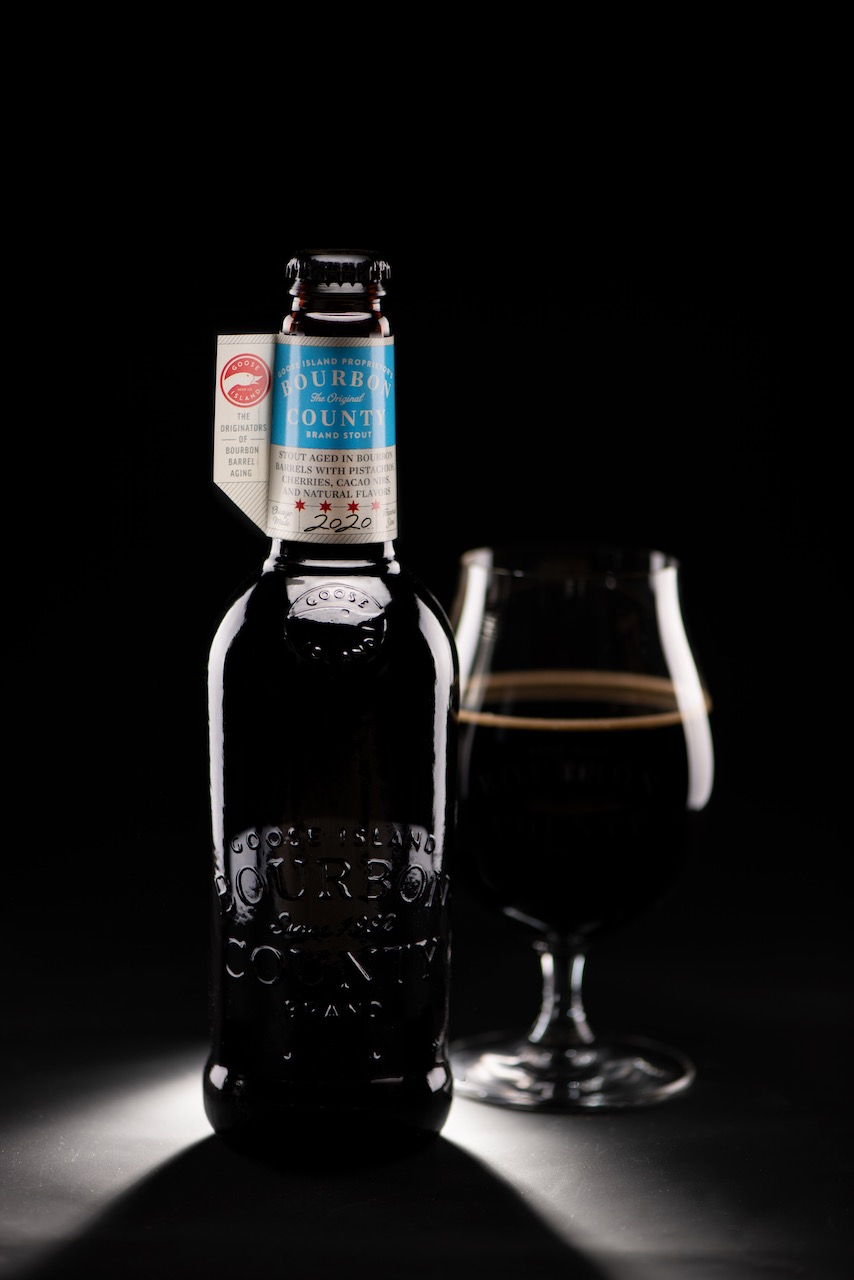 There are a couple of rankings that might see people have some stark differences with mine and Prop is the first one. I thought 2020’s Prop was too sweet and not enough barrel to balance it out. I also thought they tried to put too many adjuncts into the beer and they got jumbled.

2021 is another fruit-forward beer but with two big differences. The barrel presence is a lot more known this year and the ingredients are simpler. Strawberry, coconut, and vanilla, and they all work together really well. On the nose, it’s a big whiff of strawberry and vanilla.

The taste is strawberries up front, but it’s not too sweet or overpowering, as the vanilla and coconut keep the flavor profile balanced. Coming in late is the barrel and that helps keep this beer from becoming too sweet. Emily Kosmal is the brewer that came up with 2021 Prop – she’s also responsible for two other Props in the past – but I think this is her best one yet.

I could see some thinking this is too sweet or doesn’t have enough barrel. If you don’t like strawberries, you’ll likely want to pass on this one. I’m curious to see where this falls in the rankings for everyone else, but I’m going to come out and say that it’s one of my favorites. 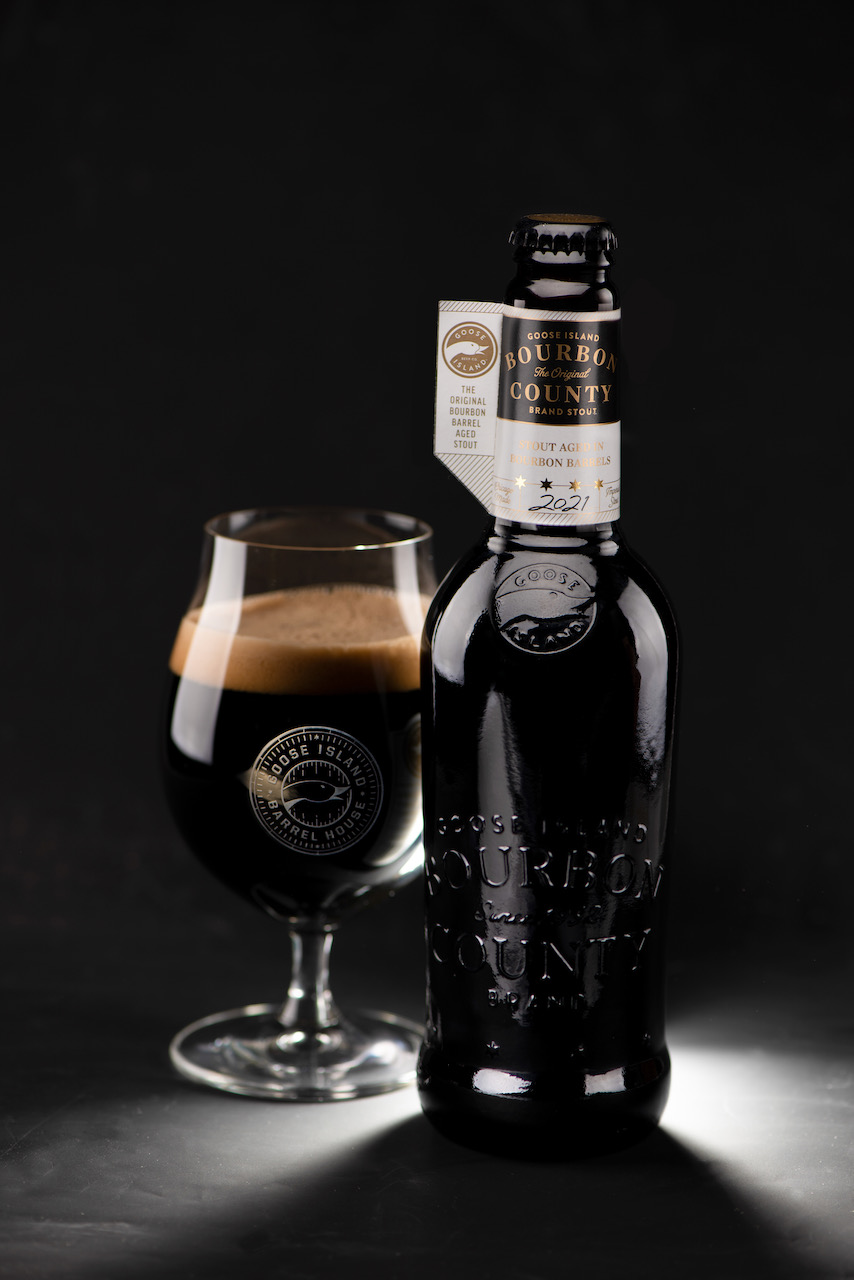 The OG this year comes in at a lower ABV, done intentionally by Goose Island, then previous years and that’s noticeable both on the aroma and the taste.

Typically you’d have a nose of tobacco, bourbon, vanilla, and char, but this year’s is more chocolate with light vanilla notes. The barrel is there but it’s second fiddle to the chocolate.

On the taste it’s a lot more of the same except the barrel is more present than on the aroma. It’s another very good year for OG BCS after having one of its best years ever in 2020. If you want just a solid barrel-aged stout, the OG will be that beer.

I did ask if there would be the single-barrel variants that we saw Goose release last year when there were blended versions of OG as well as Heaven Hill, Wild Turkey, and Buffalo Trace specific versions. Goose Island said that there would not be the same concept in 2021, but did say there could be other surprises. After years of covering Goose Island, that means they have some things in mind but nothing is set in stone yet. So stay tuned. 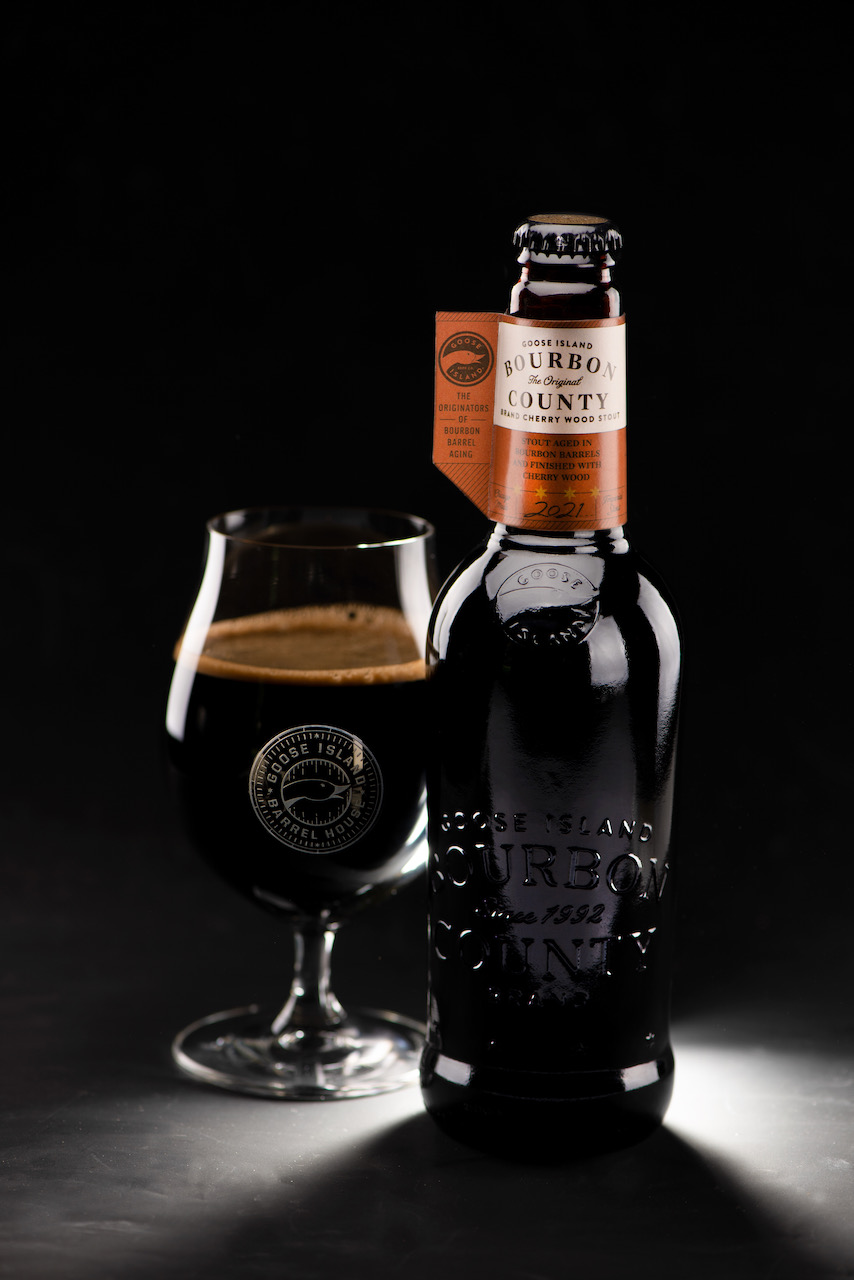 Think chocolate-covered cherry and you have Cherry Wood Stout. It’s not too sweet, as the dark chocolate notes really help keep this one altogether. It’s definitely more barrel-forward than I expected and I appreciated that. I think that’s a big reason why it’s not too sweet, and even at 14.3% ABV, you can get the cherry notes coming through. You’ll also get light notes of toffee and vanilla but those are much more in the background.

For this beer, Goose Island took fully matured Bourbon County Stout and then finished it on toasted fruitwood that had a honeycomb-like shape to allow for maximum flavor and help get the ripe cherry flavor.

While Goose Island has done fruited variants in the past, like Bramble and Regal Rye that really went fruit-forward, the decision to use cherry wood and keep things more muted is a sign that they want to keep the wood the star in Bourbon County. 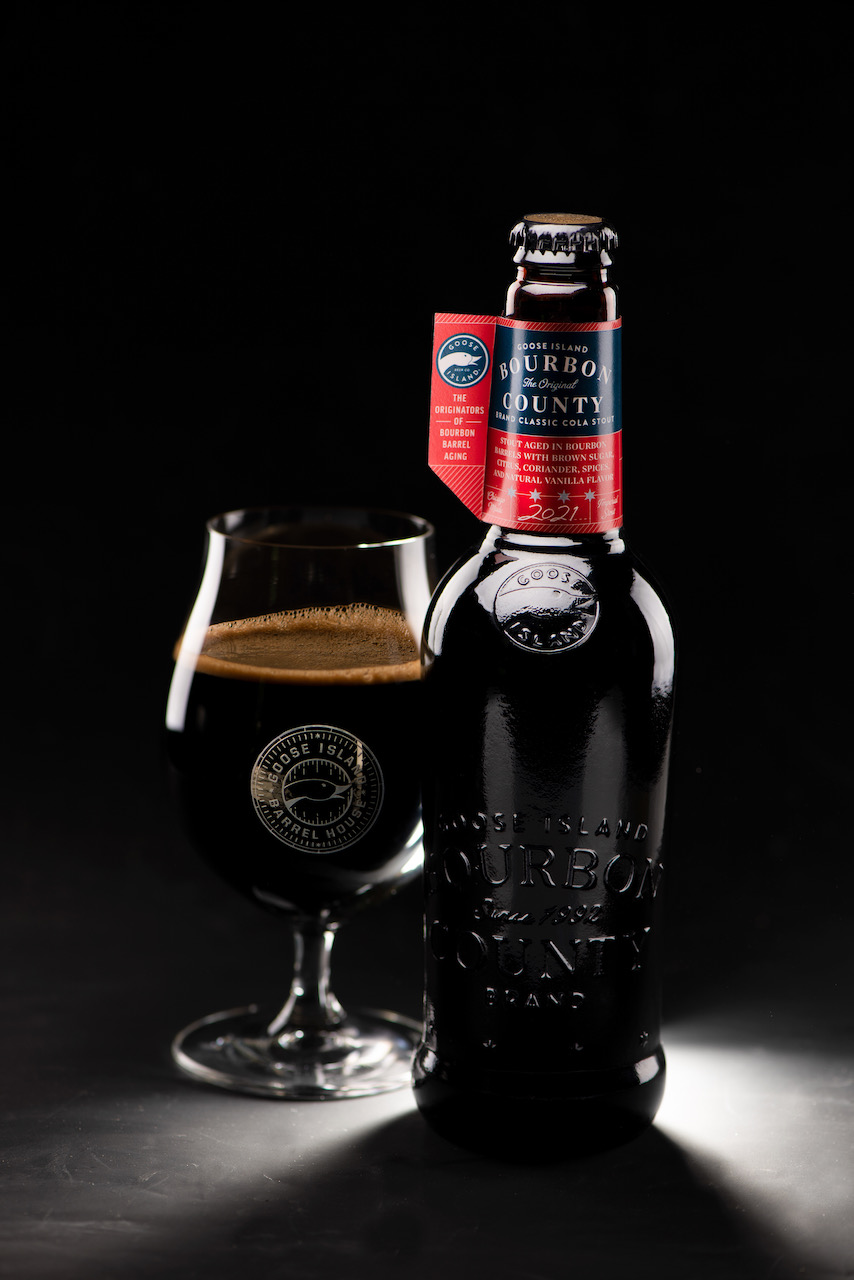 Easily the most intriguing beer in the lineup, Classic Cola Stout is this year’s Kentucky Fog. It’s the one you scratch your head and wonder if you’ll like it. I didn’t like Kentucky Fog but I’m a fan of Classic Cola Stout. Its position on the rankings is more of a testament to the beers ahead of it rather than its quality.

I will say the nose of this beer is not indicative of the flavor you’ll get. The nose is weird. It’s a lot of brown sugar but also citrus. It smells like cola but not Coca-Cola. Again… this one is intriguing.

This variant has the most adjuncts ever for a Bourbon County variant, with lime and orange juice as well as zest, coriander, cassia bark, nutmeg, brown sugar, and vanilla. It’s a complicated beer and one that will be a love-hate amongst the general public.

While the nose is weird, the flavor is quite good. The importance of all of those ingredients playing off one another is so important but maybe none are as important as the brown sugar. You’ll get lots of it in this beer but it helps keep the orange/lime flavors as well as the cassia bark in check. You also can’t understate the importance of the barrel in this variant. Even though it’s not the star, it’s present throughout and also makes sure the beer isn’t too sweet.

This beer tastes like cola. Goose Island nailed the flavor profile. Because this beer has a lot of common ingredients and no unique barrel I’d expect Cola Stout to be readily available even after Black Friday.

As much as you might scratch your head with Classic Cola – it’s good. 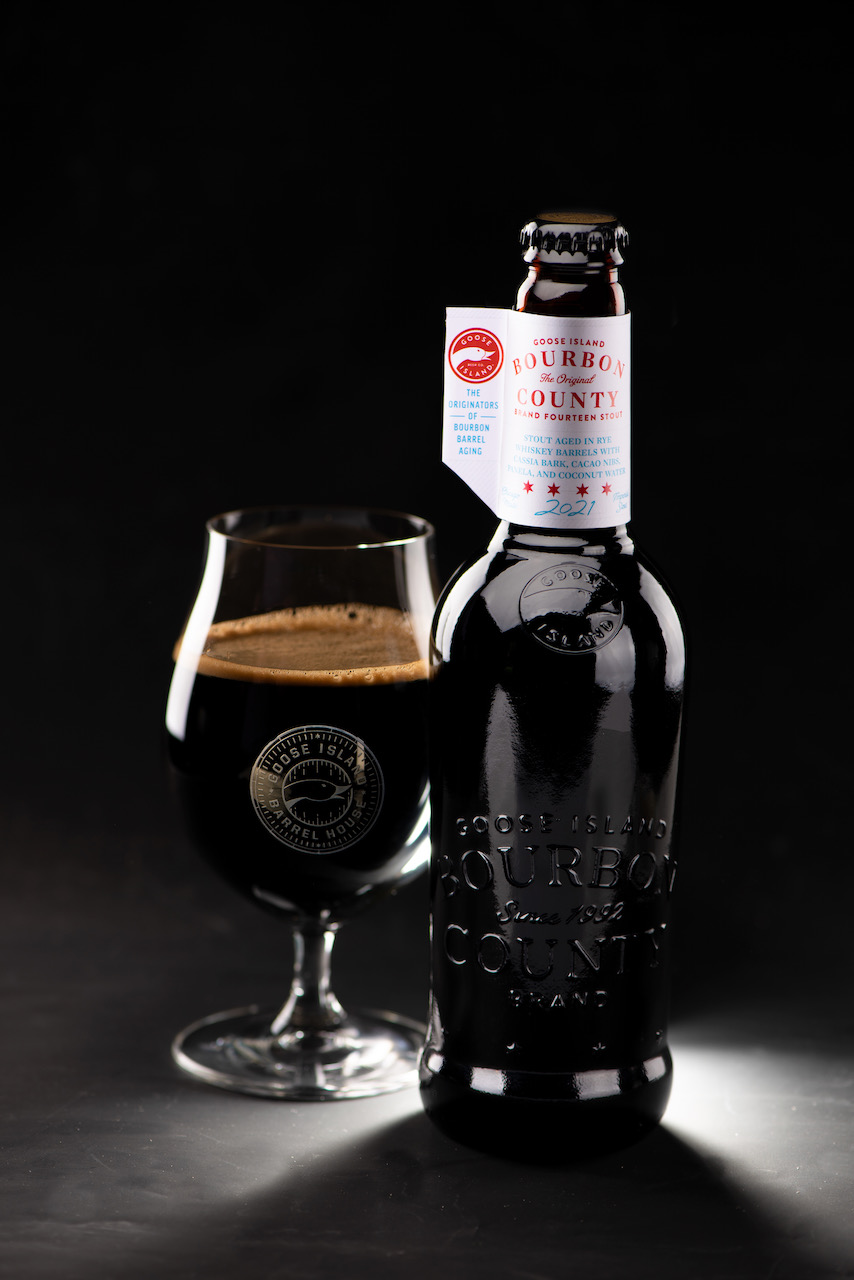 I was so excited for this beer mainly because I was such a fan of Prop 2014, which this beer is an homage to. Unfortunately, the cassia bark, which gives a cinnamon-like flavor, overpowers this beer right now. I’m excited to try this beer in a year once the cassia bark mellows and lets the coconut water and cocoa nibs open up a bit.

You’ll get some light notes of coconut right now but if you remember Prop 2014, this one tastes very different. The nose is very much the same as the taste. A lot of cinnamon, a little chocolate, a little coconut, and a touch of barrel.

It’s low on my rankings now but let’s revisit this in a year. Heck, let’s see how it tastes at FoBAB and Black Friday this year to see if even a month allows this beer to settle in. 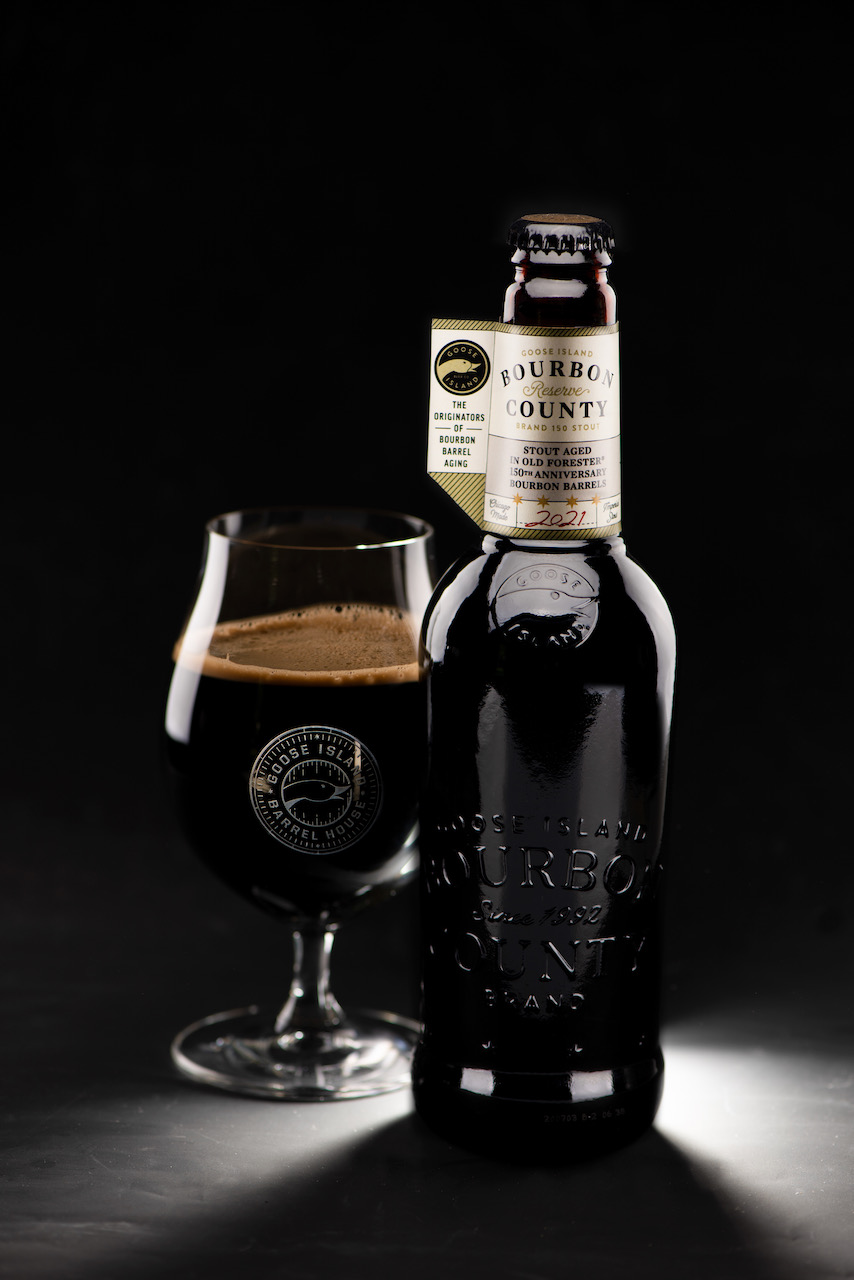 Listen, I’m as surprised as you to see this one sit at the bottom of my rankings, and I’m fully prepared to be raked over the coals for where I’ve put it, but I’m standing by my ranking.

Goose Island has normally knocked it out of the park when they do Reserve variants with special barrels. This one features BCS aged in Old Forester’s 150th Anniversary Bourbon Barrels. The distillery created three unique batches to honor founder George Garvin Brown and how he had a process of batching from three original distilleries.

The crazy thing about 150 Stout is that the aroma is maybe one of the best ones in the lineup with tons of vanilla, chocolate, almond, and char.

But on the taste, those flavors didn’t transfer over. If we think back to Blanton’s at the top of my rankings, that beer worked so well because it was barrel-forward that developed into a multitude of other flavors to make a fantastic sip. 150 Stout was just a lot of barrel and it simply never developed. The brewers said you should get notes of vanilla, coconut, berry, and oak but I didn’t. I’ll absolutely revisit this one in the future just to see if my thoughts changed but for now, it sits where it sits.

Sidenote: this was the second beer we tried in the tasting so my palate was still very fresh.

All in all, it’s another great year for Bourbon County with a variety of excellent and unique beers that will excite the fanbase. I expect Binny’s to get inundated with lottery entries and Goose Island to once again command the longest lines at FoBAB. It’s the OG of barrel-aged beers and while some years have been better than others, it seems as if Goose Island has found a trend in 2020 and 2021 that is working quite well. 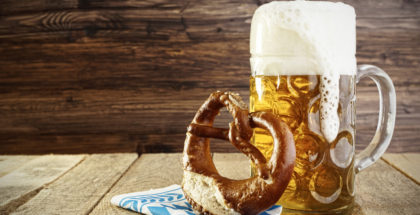 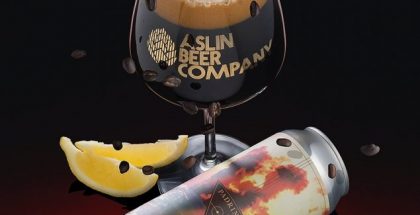