Friday, June 24th, 2022 will forever go down in the craft beer history tomes as the day that the fiercely independent, “loud and proud” antithesis to “fizzy yellow beer,” Stone Brewing, was purchased in its entirety by the internationally famous for “fizzy yellow beer” conglomerate, Sapporo USA. As malt enthusiasts rose from their slumber and checked their social media feeds, widespread media coverage of the buyout hit the wires at about 3:00 am on this morning. For anyone who has followed the business side of the craft beer industry for the last couple of decades, this was no surprise.

With just over 1,100 independent craft breweries functioning in 1996, Stone Brewing came blazing into the beer world with a distinct perspective, aggressive hop profiles, and an anti-establishment attitude that turned casual IPA drinkers into superfans. If you drank Stone beers you were part of a special club, those that defied the boundaries of “traditional” beer and gave the middle finger to corporate culture. In your face, unapologetic, defiant, and rebellious – that’s what Stone was all about. They rocked the world of craft beer and forever changed how brands conduct marketing campaigns even today.

Some will view the buyout of Stone as a cautionary tale, and others will look at the situation as a model for their own brewery business plan. To keep it simple, the brand made a huge splash in the late nineties and grew substantially in terms of market share, sales dollar volume, and production volume throughout the 2000s. They made the decision to expand globally based on consumer demand, but got a little bit too big for their britches in the process. Somewhere in the timeline around 2014-2016, things exploded in the craft beer industry overall – brands experienced triple-digit sales growth, local breweries began opening on every corner like Starbucks, and readily available IPAs, Imperial Stouts and ESBs showed up in your local liquor stores. Craft beer had became more mainstream and with that growth comes the responsibility of big business.

Craft beer brands have to sell things to survive and if your brand expands into new markets, scales up production, and builds up an international brand presence, eventually you’re going to need more money for your endeavors, which usually leads to either a partial investment in your company by an outside organization to give you a boost of capital or a complete buy out the situation. In some cases, buyouts of craft breweries also occur because that organization has a large amount of debt service that they just can’t maintain anymore. With Stone, it’s most likely a combination of the two.

In 1999, Stone founded their own distribution company in California. In 2006, they relocated to a larger production facility in Escondido, CA to accommodate growing demand, landing at over 325,000 barrels in 2015. Along the way, they also opened three more retail facilities in California, opened a second production facility in Richmond, VA, and in 2016 opened Stone Brewing Berlin, a production facility and bistro, in Germany. By 2019, Stone Berlin was sold to Scotland’s Brewdog and the company as a whole had acquired quite a bit of debt in the process. Aggressive expansion plans had left Stone Brewing with a debt service of over $464 million. Toss in the frequent litigation efforts of owner Greg Koch and you’ve got yourself a sticky financial situation. Executive decisions have to be made at that point, and a buy-out is not a bad option.

Stone Brewing will now fall into the pool with the likes of Blue Point, 10 Barrel, Founders, Lagunitas, Saint Archer, Ballast Point, Wicked Weed, Anchor, and New Belgium/Bells, just to name a few that took the check to help keep their brands alive. Craft beer enthusiasts should get used to this type of press release in that eventually the brewery owner, even the ones who claim they “will never sell out,” will most likely find their own ideal offer after years of ongoing success or overextended expansion. Even James Watt, CEO of Brewdog, the industry’s version of Greg Koch in Europe, was traced to a possible Heineken partial sale of the Scottish craft brewery back in 2018, which was pretty unthinkable back then. Now that craft beer is a multi-billion dollar industry, every brewery owner most likely has their own ideal number they are chasing, and fans shouldn’t fault them for that. 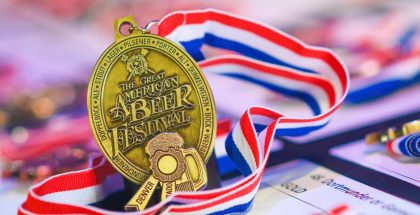 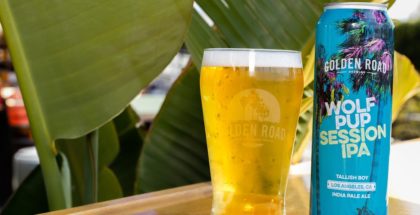 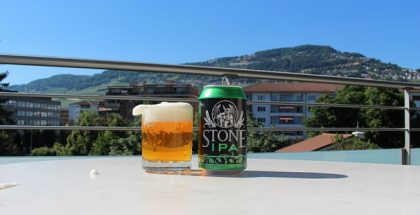