If it ain’t broke, don’t fix it. The next Revolution Brewing Deep Wood release will feature a trio of returning entries including two classics and one other highly popular returner.

Deth’s Tar, Café Deth, and Deth by Currants will be released from the Revolution Brewing taproom starting Friday through a release party featuring the variants on draft as well as some rare one-off variants.

The base barrel-aged beer, coffee variant, and fruit variant are the cornerstones of Revolution’s barrel program. These three beers have been in the lineup since Revolution made the switch to cans and really helped to elevate the Deep Wood series in 2017.

As for distribution, Deth’s Tar will be available in Illinois, Iowa, Minnesota, Wisconsin, Indiana, Michigan, Ohio, Massachusetts, and Tennessee. Café Deth will be in all the same states except Tennessee, and Deth by Currants is a brewery-only release. 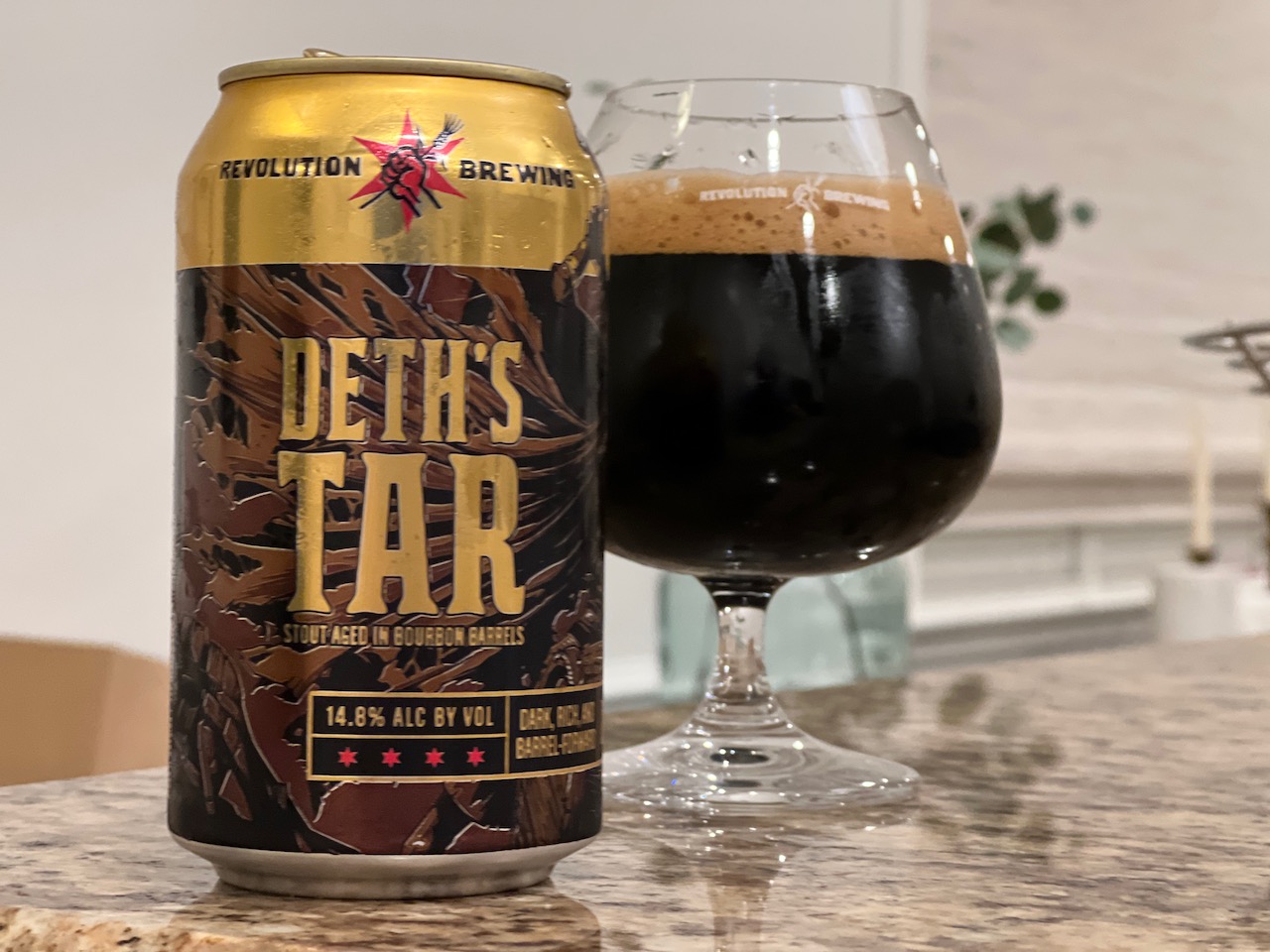 The barrel is still quite present but comes in later cutting the sweetness of the beer and keeping everything in balance. This is still one of those beers that defines what a great barrel-aged beer should be. Still high in ABV at 14.8%, yet quite drinkable with no one ingredient overpowering the beer.

Getting those different nuances year-after-year is what makes barrel-aged beer in general so interesting. The beer can differ slightly producing a different flavor profile but both versions work equally as well. 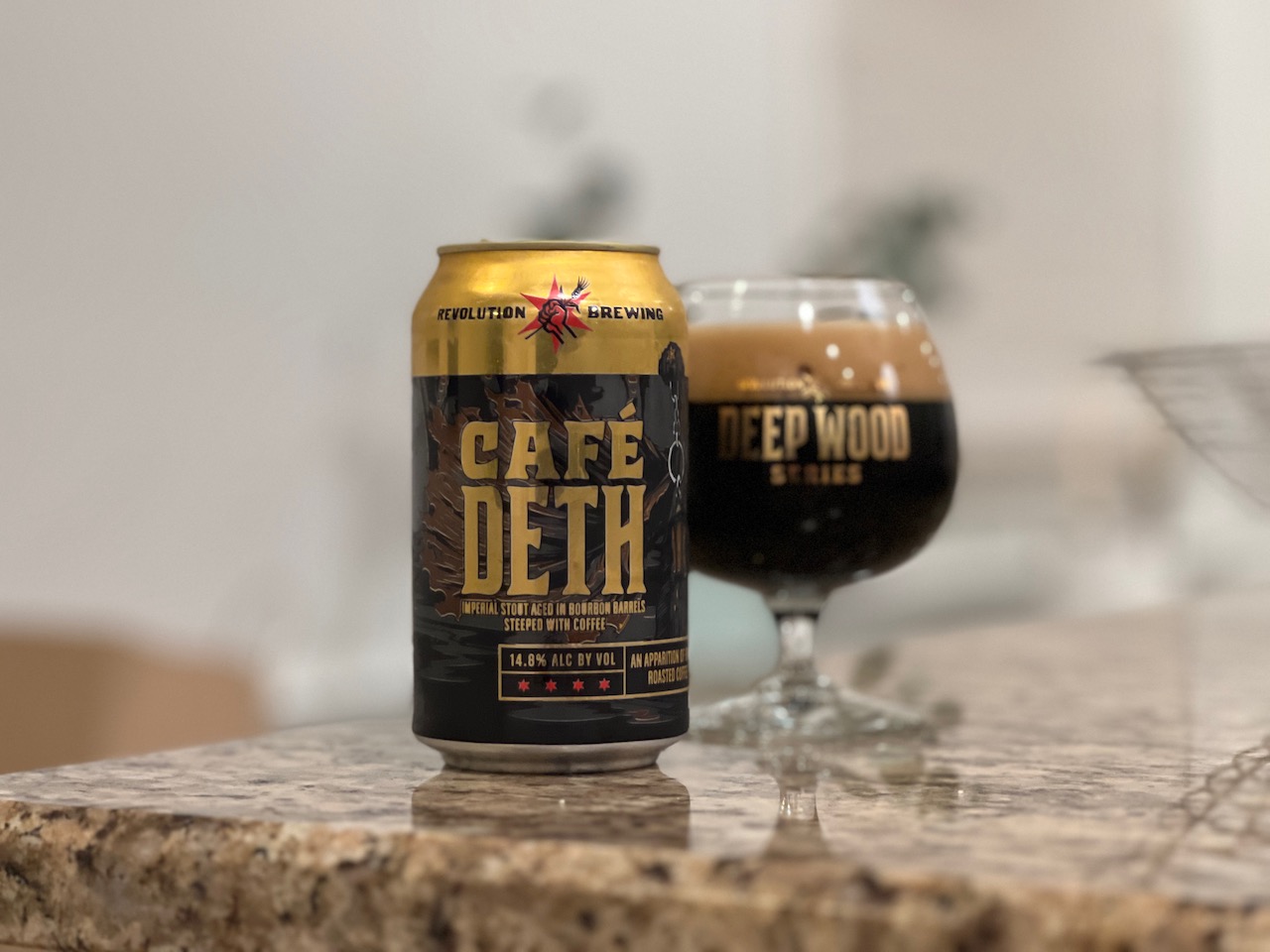 I’ll continue to say that in 2017 when Revolution made sweeping changes to the Deep Wood series, it was Café Deth that was responsible for making this series shine. In a city with so many great barrel-aged beers, coffee variants were being well done by just a few breweries.

Revolution put a focus on the coffee variant and just began putting out stellar versions of Café Deth and quickly became the leader in the city.

Working with Dark Matter Coffee this year Café Deth will delight coffee beer lovers once again. Crack that can open and a rush of fresh coffee hits the nose. It’s a boozy cold brew year after year and I’m here for it.

Because the base beer is sweeter this year, it’s not as coffee-forward as previous years but because Revolution goes so big on the coffee that’s still the star of this beer. It’s almost as if the barista put a chocolate drizzle in the cup before adding the cold brew. The two contrasting flavors come together and produce a delicious 14.8% ABV beer. 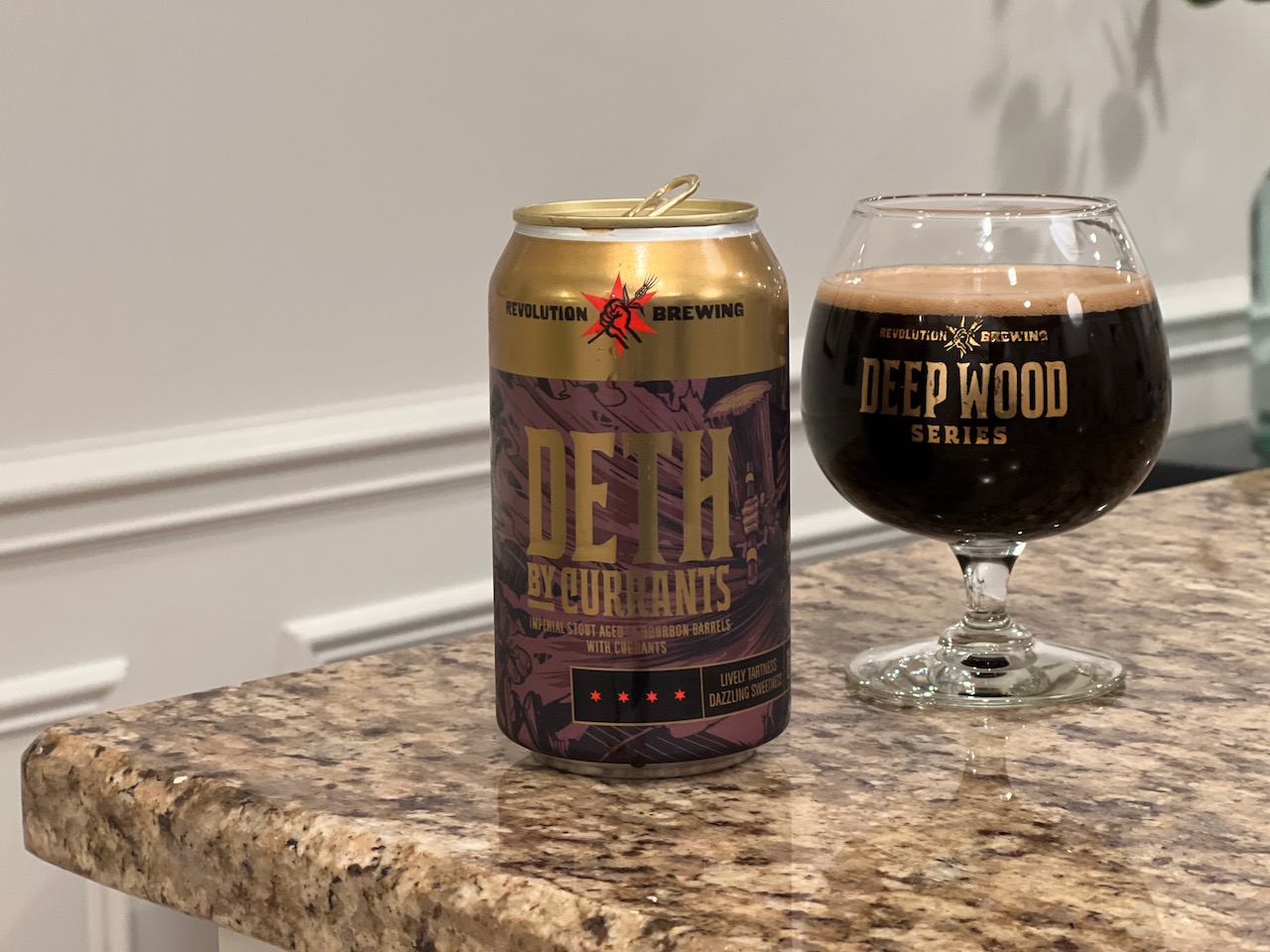 Returning for its second go around in cans, Deth by Currants rounds out this year’s release. Noticeably tarter than its first release in 2018, there’s more focus on the fruit this time.

The first thing you’ll notice is the beautiful purple haze you get when you pour this beer out. It’s a stark difference from the other two. With the addition of the fruit, the ABV drops slightly to 14.1% but I think I got the most barrel upfront with this one. It could also be the acidity of the fruit playing tricks with my palate.

My pro tip for this one is to let it warm up just slightly. As it warms you’ll get the chocolate notes of the base beer melding beautifully with the currants to get my favorite flavor profile of the entire release.

If the coffee variant put Revolution’s barrel program on the map, the fruited version has quietly been one of the stars in the background over the past five years. Whether it’s cherries, plums, raspberries, or currants, they nail it with the fruit.

That’s it for the October release. November 18th is the next release with Straight Jacket, Ryeway to Heaven, and VSO Dark Mode on deck.